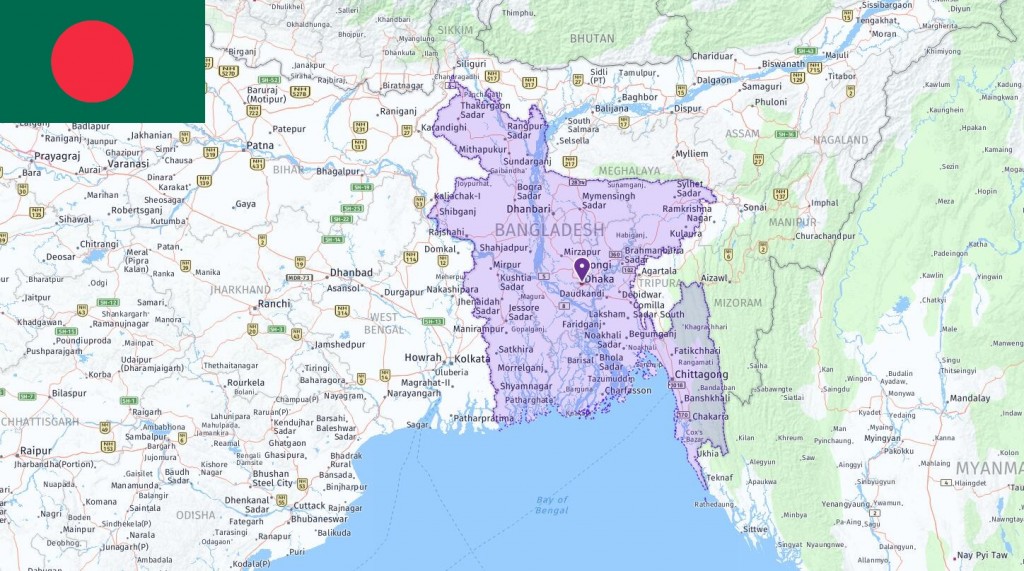 The most commonly used abbreviations about Bangladesh are BD which stands for Bangladesh and BDT which means Bangladeshi taka (Bangladesh currency). In the following table, you can see all acronyms related to Bangladesh, including abbreviations for airport, city, school, port, government, and etc. 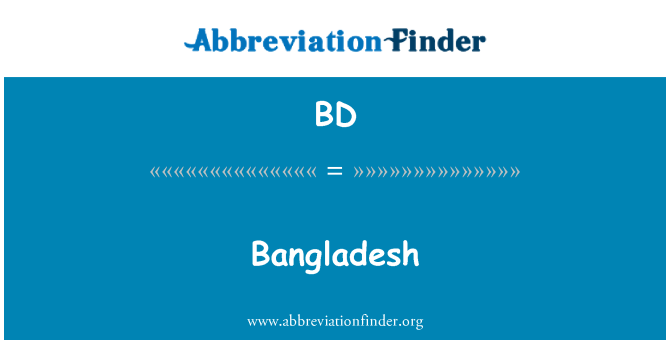 Bangladesh is a fertile country consisting mainly of lowland and deltaic areas around the students Brahmaputra and Ganges. 90 percent of the land is less than 10 meters above sea level. Tropical monsoon climate provides high rainfall in summer.

Due to its low geography, Bangladesh is particularly vulnerable to floods, which has created major problems for the country in recent decades. The floods are believed to be related to deforestation in the neighboring countries of Nepal and Bhutan. In 1991, a large flood killed about 140,000 people. Although the country has plenty of water, over half of the population lacks access to clean drinking water. Wells have been drilled to provide an alternative to the polluted surface water, but the presence of arsenic-containing rocks in the country means that well water is also often harmful to health.

The area of ​​Bangladesh is located in, Bengal, which is the area at the heart of the Bay of Bengal east of India, has been ruled by Buddhist, Hindu, Muslim and British rulers for the last 3000 years.

In 1858, Bengal became a British colony as part of India. In 1947, when India gained independence from the United Kingdom, the entire colony was divided into two independent states: India and Pakistan. The eastern part of Bengal then became part of Pakistan and was called East Pakistan. East Pakistan got Indian help to break up with Pakistan in 1971, and instead formed the independent state of Bangladesh. Between 8 and 10 million people fled to India during the war that arose during the detachment.

The chaotic years following the detachment were marked by conflict, several military coups and assaults on presidents. Since 1991, two rival political parties, both ruled by female politicians, have switched to governing the country.

Bangladesh is a parliamentary democracy. Parliament appoints a president every five years. The president can only be re-elected once and has a mainly ceremonial role. The president’s most important role is to appoint a prime minister who, together with his self-elected government, has the formal power in the country.

The policy is dominated by ongoing conflicts between the country’s two largest political parties Awami Federation (AL) and Bangladesh Nationalist Party (GDP). Politically motivated killings, threats and violence are widespread. Ever since the country gained independence, the military has had a great influence on politics.

Lack of security makes everyday life unsafe for the poor Bengali population. The police and the judiciary have little confidence among the population as human rights violations and corruption occur relatively often. Restricted freedom of speech means that political opposition to the ruling elite can be dangerous.

Since 2017, over 720,000 Rohingya from Myanmar have fled to Bangladesh after being pursued by the Myanmar military.

Bangladesh has experienced strong economic development since the 1990s. Nevertheless, the country is still very poor and over a third of the country’s population lives below the poverty line. A large proportion of the population works with agriculture, but the agricultural areas are largely owned and controlled by a few wealthy people. The devastating floods of recent decades have led many small farmers to sell their land to survive. As a result, the various distribution of ownership shares between farmers and large landowners has been strengthened.

Jute (a wood fiber used for textile production) and tea have traditionally been among the country’s most important export goods. However, falling demand and prices in the world market have led to ever lower revenues from these industries. In recent years, clothing production has been the driving force behind economic growth. Equally, corruption, energy shortages and poor infrastructure are hampering economic development, and the country still relies on international aid.