Beirut, French Beyrouth [be rut], capital, seat of government and by far the largest city in Lebanon, located, (2017) 1.7 million residents on the Mediterranean, with long-reaching on the slopes of Lebanon residential suburbs.

In the west and south of Beirut live v. a. Muslims (Sabra and Shatila as quarters of the Palestinian refugees, Haret Hreik as quarters of the Shiites), in the east the Christians (quarters Gemmayze and above all Aschrafijeh). The suburbs on the slopes of the Lebanon Mountains used to be the preferred summer residence of Gulf Arabs. As an overseas port, international air traffic station, trading center and financial center until the outbreak of the civil war around 1975, Beirut was one of the most economically active cities in West Asia as well as a cultural center (universities, libraries, museums) and, as a religious center for the Lebanese Christians, is the seat of the Syrian Catholic and of the Armenian Catholic Patriarch, Syrian-Maronite Archbishopric and Melchite-Catholic, Chaldean, Greek-Orthodox, Armenian, Assyrian and Syrian-Orthodox Bishopric; on the side of the Lebanese Muslims, the seat of the Sunni Muftiate and the Supreme Shiite Council of Lebanon.

In the civil war 1975-90 the inner city of Beirut with its modern business district was almost completely destroyed, the population of the urban agglomeration decreased from (1973) 800,000 to (1985) about 600,000. Beirut has been recovering rapidly from the damage since 1991, and the number of residents rose to 2.06 million by 2012. Thanks to high investments by Lebanese abroad, residential construction was the city’s most important growth sector. The demolition of the old and the construction of the completely new city center “Solidere” (named after the private corporation commissioned with the reconstruction) with shops, large hotels, banks and office buildings, which began in 1995, was almost complete when the Israeli air raids on Beirut in 2006 to great damage and destruction v. a. of the southern districts and suburbs (e.g. Haret Hreik) and the transport infrastructure (including the airport). Tourism has been playing a major role again for several years; Beirut is considered to be one of the most attractive and open cities in the Middle East.

The mosques of Beirut are mostly on the remains of Christian churches, so v. a. the Great Mosque (rebuilt in 1291), one of the most important Romanesque buildings in the Middle East. The National Museum, founded in 1920, has finds from Byblos and Tire, especially the stone sarcophagus of King Ahiram from Byblos with the oldest form of the alphabet yet discovered and the bronze statuettes from the obelisk temple of Byblos (18th century BC); greek orthodox saint george cathedral. During the removal of rubble from the civil war in 1995, the remains of a crusader castle from the 12th century were discovered in the city center. The 25 m high work of art “Hope of Peace” by the French object artist Arman also dates back to 1995 before the Lebanese Ministry of Defense.

The Beit Eddine Castle (Bait ad-Din, early 19th century) of the Druze emir Beschir II is 45 km to the southeast .

The old Phoenician sea city of Beirut (Greek Berytos), since the 14th century BC. Attested, came around 200 BC. Under Seleucid, 14 BC. Under Roman rule (Colonia Iulia Augusta Felix Berytus). Since the 3rd century AD, Beirut has been the seat of a famous school of law. In 551 it was destroyed by an earthquake; Rebuilt under Emperor Justinian I, it has since been an important center of silk production. Arabic since 635 with a short interruption (975 conquest by Byzantium), Beirut became the port of Damascus ; 1110–87 and 1197–1291 it was owned by the Crusaders (Kingdom of Jerusalem), in 1291 the Mamluks conqueredBeirut. Ottoman since 1516, Beirut was temporarily under the rule of the Druze ; the Druze prince Fachr ad-Din(1591–1635) promoted the spread of European culture in a virtually independent Arab region around Beirut. In the 19th century, many Christian refugees from Damascus (after 1860) and Maronites settled in Beirut; western trading posts and missions followed. Beirut developed into the most “western” city in the Middle East. Since 1920 the seat of the High Commissioner for the French Mandate Area, Beirut became the capital of the Republic of Lebanon in 1944. During the Lebanese civil war from 1975-90 there was heavy destruction of the city on both sides of the “green line” through fighting. a. of the center (peak: 1987 and 1989/90); With an attack on Beirut in 1982, Israeli troops forced the withdrawal of Palestinian-Arab combat units and the leadership of the PLO from West Beirut (Lebanon, Middle East conflict). After the withdrawal of all militias from Beirut in November / December 1990 and the takeover of control in Beirut and the surrounding area by the Lebanese army (until December 1992), the reconstruction of one of the most modern metropolises in the Middle East began. During the Israeli air strikes in July / August 2006, however, v. a. in the southern parts of the city, which are predominantly inhabited by Shiites, to severe destruction.

More than 40 people lost their lives in Beirut as a result of attacks by two suicide bombers on November 12, 2015. There were over 200 injured. The Islamic State claimed responsibility for the attacks.

On August 4th, 2020, a severe explosion occurred in the port of the Lebanese capital. First, after a first explosion, a cloud of smoke rose and shortly afterwards a violent detonation triggered a pressure wave with tremendous destructive power. Experts counted the explosion as one of the largest non-nuclear explosions in history. Over 170 people were killed and 6,000 injured. Extensive damage to the houses in the districts around the port has left 200,000–300,000 people homeless. Infrastructure such as the state power station, some hospitals and grain silos have been destroyed. Initially, there was speculation about a terrorist act or political background. The cause of the explosion was soon identified. Since 2014, 2,750 t of ammonium nitrate have been stored unsecured in a hangar in the port. This explosive can be used to make explosives and fertilizers. The competent authorities were aware of the problem, but ignored the danger. 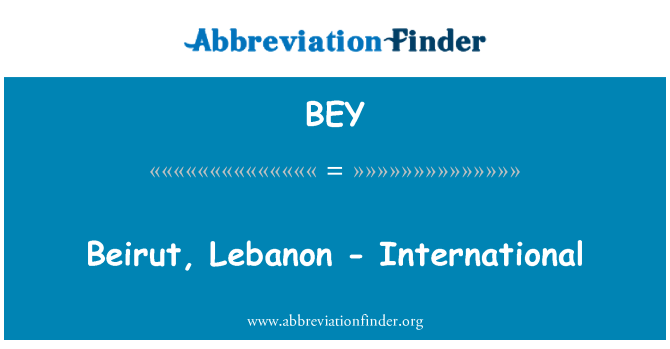