While researching on the characteristics of a SSD (Solid State Drive), it is quite likely that you encounter with one of these abbreviations: SLC, MLC, TLC , or QLC. But what do they mean? And what are the differences between them? Why is it important to know each one before you choose an SSD?

Already advance to you that these acronyms are directly related to the storage capacity of the NAND Flash memory chips that make up SSDs. In the next lines, I will explain the meaning of each one.

Before, a tip: if you want to know more about these and other features, and only access this complete article about SSDs.

What is NAND Flash memory?

SLC, MLC, TLC and QLC are acronyms that indicate different types of NAND Flash memory (or, simply, NAND memory). For this reason, it is possible that you also find the expressions SLC NAND, MLC NAND, TLC NAND and QLC NAND when searching for an SSD.

But what exactly the industry wants to say with NAND Flash? As well, unlike hard disks, SSDs store information in memory chips, non-volatile, ie, that do not lose data when there is no supply of energy as when the computer is turned off.

Created by Toshiba in the 1980s, Flash memory is a type non-volatile. It is said that this name was suggested by one of the researchers of the company, in allusion to the process that erases the data in memory, which remembers the flash of a camera.

Essentially, the data stored in the Flash memories are stored in structures called cells. The process of writing or modification of data is done by means of electrical charges.

There are two main types of Flash memories: Flash the NOR (Not OR) and NAND Flash (Not AND). These surnames, so to speak, are related to the default mapping of data of each type.

In general, chips with Flash NOR provide read data more quickly. This is because this type allows for random access to the data: it is possible to access certain information, going straight to the memory cells in which it is stored.

Already the NAND Flash memory requires sequential access to the cells. This access is done in blocks. Despite this, the Flash chips NAND have at least two advantages: they can store more data than the Flash memories NOR considering the same physical space and, as a rule, are cheaper.

This is why NAND Flash is often used in data storage devices, such as SSD or memory card. Already Flash the NOR is applied to purposes more specific. This type is widely used, for example, in chips that store the firmware of Wi-Fi routers, TVs, smartphones, etc.

Now that you already know what is NAND Flash (and Flash-NOR), we’ll finally understand the differences between SLC, MLC, TLC and QLC.

What is SLC NAND?

SLC stands for Single Level Cell, something like Single-Level Cell, free translation. This type of NAND Flash memory is characterized by storing a single bit in each cell — 0 or 1, if we use the conventional representation.

The SLC is the type of NAND Flash the older market and has two main advantages: more speed in the processes of reading and writing data, durability estimated to be between 90 thousand and 100 thousand cycles to read or write, and a lower probability of errors, even at temperatures relatively high.

On the other hand, memories of SLC tend to be more expensive. In addition, store less data in comparison with the other types of NAND Flash memory.

For the account of its main advantages, memories of SLC are very common in storage devices to web servers or industrial applications, for example.

What is the MLC NAND?

Multi Layer Cell or, translating, Cells of Multiple Layers. This is the meaning of MLC. Here, each memory cell is capable of storing two bits instead of just one: 00, 01, 10 or 11.

The main advantage of MLC NAND is the highest density for data storage in comparison with the SLC, therefore. An example: while a block SLC stores 64 KB of data, a block of the MLC with the same physical area can allow the block has 128 KB.

By enabling more data storage for a lower cost than in the SLC, memories MLC are very used in SSDs for home computers. On the other hand, the cells in the MLC are less durable than SLC, supporting about 10 thousand cycles to read or write. In addition, the speeds of these procedures tend to be smaller.

Even so, SSDs with MLC tend to be durable and fast enough to meet the needs of home users or offices, for example.

There is a type of MLC called eMLC (Enterprise Multi-Level Cell) that is optimized to support more cycles of reading and writing — between 20 thousand and 30 thousand cycles. This pattern is a little more expensive and, therefore, stated to enterprise applications.

What is TLC NAND?

The great and obvious advantage of the memories, TLC NAND is that they can store more data than the types of SLC and MLC, without, however, there is a significant increase in costs. On the other hand, the cycles of reading and writing here are smaller: between 3 thousand and 5 thousand per cell. The read and write speeds can also be lower.

SSDs with Flash TLC are indicated for home users in need of data storage capacity is relatively high.

What is QLC NAND?

This is a type of Flash memory that came to market in 2018 at the hands of Micron. QLC means Quad-Level Cell — Level Cell Quadruple — and, as the name says, you can store four bits per cell (roughly, 16 combinations of 0s and 1s).

Here the “rule” is the same: to increase the density of the chip and, consequently, its storage capacity, but the useful life falls. It is estimated that the QLC NAND support a thousand cycles of recording.

On account of the smaller number of cycles, SSDs with QLC NAND are indicated for applications that require plenty of storage, but with data that needs to be much more widely read than written to or changed. This is because the read operations cause less wear and tear than the processes of recording.

Next to the specifications SLC, MLC, TLC and QLC is common to find the expression 3D NAND , or, in the case of SSDs from Samsung, V-NAND. This is another type of technology that allows you to increase the storage capacity of Flash memories.

How? Instead of the cells being positioned in a single layer (2D NAND), they are “stacked”. Hence the ‘3D’ in the name, or the ‘V’ in V-NAND (Vertical NAND) — Samsung has decided to adopt this name in their lines of SSD (link in PDF), but the meaning is the same.

For ease of understanding, think that the cells are boxes placed side-by-side in a warehouse. When there is no more space on the floor, what to do? Exactly, put a box on the other. The principle of 3D NAND is more or less this: it has multiple layers of cells instead of one.

The amount of layers varies from manufacturer to manufacturer. When this text was being written, it was possible to find SSDs with 32 and 64 layers with relative ease, while units with 96 were coming to market and a technology of 128 layers was in development.

This text addressed the NAND Flash memories and how the types-SLC, MLC, TLC and QLC influence on the storage capacity of SSDs. But of course, this is only a part of the subject. To learn more, just access this article with everything on SSD. Understand still what is SSD M. 2. 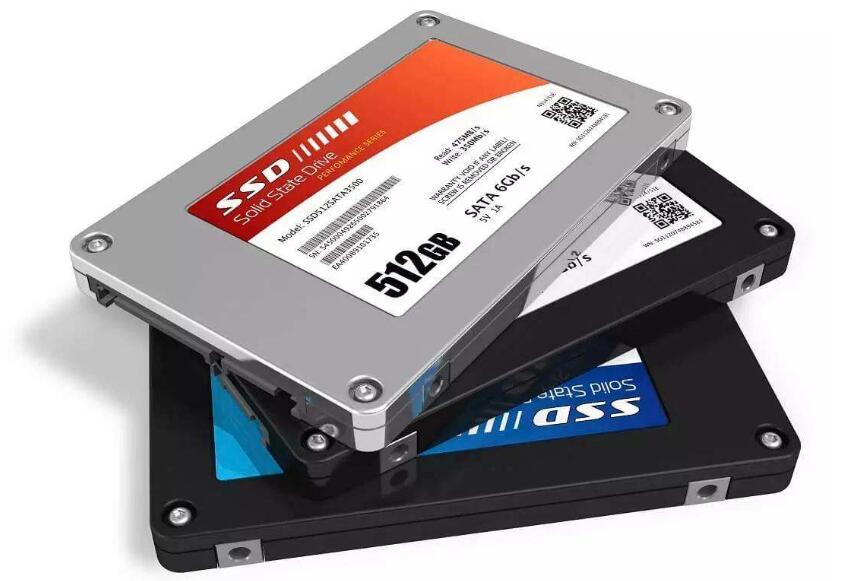 What is Big Data?

Introduction Have you ever stopped to think about the amount and variety of the data that we generate and store each day? Banks, insurance companies airlines, telecom operators, search services online networks and retailers are just a few of the many examples of companies that live day to day with large volumes of information. But only have data is not enough: it […]

What is Wi-Fi? Wi-Fi is an abbreviation for “Wireless Fidelity”. Wi-fi, or wireless is a communication technology that does not use cables, and is generally transmitted through radio frequencies, infrared etc.

Introduction The video projectors allow the display of the screen the computer (or other device) in a manner enlarged on a wall or on a screen appropriate. In this way, it is possible to all are present in the environment to watch presentations show, photo sequences, videos, etc. By be a device so useful, the projectors are easily found in businesses, […]