DVD is the acronym for Digital Versatile Disc or The Digital Video Disc. It is a media for storage of data that is also widely used for distribution of films. In this text, you’ll learn the the main types of existing DVDs – DVD-RAM, DVD-ROM, DVD-R, DVD+R, DVD-RW and DVD+RW – and other technology features, such as capabilities and control, geographic.

What is on the DVD

The DVD, as already said, is a type of media to data storage or use in applications multimedia (movies, games, and so on). Of the same size of a conventional CD (12 cm in diameter, though it can be found in the other versions), the DVD differs the latter by their capacity of data storage verygreater, made possible thanks to some techniques in the the process of recording.

All the specifications and standards development DVD are run and maintained by the DVD Forum (www.dvdforum.org), an entity formed by the main companies that operate in the segments of entertainment and electronic products.

At the beginning of the development of technology, the the intention of the manufacturers, in general, was to conquer the market of video applications, until then dominated by the traditional VHS tapes (Video Home System). With this goal in focus, the DVD managed to get success quickly, though not easily: the first units of the standard most popular DVD with 4.7 GB capacity and known as DVD-5 – were tested in equipment models from various manufacturers and, in many cases, had problems with the video quality – depending on the brand of the device, the disk was not even read.

Thanks to the initial problems, adjustments were being implemented and, finally, the industry was convinced that the DVD would become a standard well established for data storage and video applications, which in fact occurred.

The big problem with DVD-10 – that certainly did not be popular – is the fact that it is necessary to turn the disk when the other side needs to be read, such as with the classic units of vinyl, for example.

In this aspect, the standard DVD-9 is presented as an alternative interesting: type disks have 8.5 GB capacity storage on a single side. Explains: the DVD-9 uses two layers (Dual Layer) to store the data. They are practically “fused”, and can be distinguished only by the laser the instrument player. The problem is that the manufacturing this type of disk is expensive, which is why the DVD-9 also did not become very popular.

The table below relates the main types of DVD point view of ability. It is possible to observe that the numbers in the name make reference the approximate amount of gigabytes each variation you can store.

Notice that the patterns DVD-4 and DVD-18 are quite peculiar: both can store data on both sides of the disk, being that each one has two layers, hence the description “two + two” on the table. DVD-14 is similar, with the difference that one of its sides has only a layer.

Why so much capacity

As you already know, the default most popular DVD – the DVD-5 has 4.7 GB capacity for storage of data. A CD conventional, in turn, has only 650 MB capacity, even having equal diameter, 12 inches. As the DVD it can be almost 7 times higher in this aspect?

The “magic” begins in the manufacturing process of DVD media, where the spacing between the tracks (cavities that guide the recording of the data) has been reduced 1.6 microns (standard for CDs) to 0,74 microns. Already the smallest size of data that can be recorded in the the surface of the disk fell to 0.83 (also default on the CDs) of 0.40 microns. Finally, the wavelength of the laser apparatus to the readers went from 780 nanometers (CDs) for approximately 650 nanometers, which is sufficient for reading.

The DVDs do not vary only with respect to the storage capacity. It is also possible to find differences in the application: there are DVDs that can only be read, DVDs that can be recorded by the user only once, and rewritable DVDs. Let’s see the main types.

The DVD-ROM is the most common type, because it is used, for example, to distribute movies or audio recordings of musical shows. As well as a CD of the program or music, already comes with its recorded contents to the factory. Not it is possible to erase or rewrite data on this type of DVD.

Little used, this is a type of recordable DVD, and rewritable. Its main advantage in relation to theother new standards is your life: standard, a DVD-RAM supports more than 100 thousand recordings, being very useful for backups (backup copies) journals. In addition addition, this type of DVD can usually be used without a program write specific, as if it were a HD.

The first DVDs of the type possessed by 2.9 GB of capacity and would be inside a protective cover, because of the sensitivity of the media to the dirt and the marks of finger. Versions the following have emerged offering recording capability 4.7 GB to 9.4 GB, not needing more of that cover.

This type is one of the have a higher acceptance in more various devices. It is the best option forrecording movies, it is accepted by virtually all DVD-players, with exception to some of the the earliest models. The DVD-R, as well as its predecessor, the CD-R, only accepts recording a single time and, after that, their data can not be deleted. Your ability to the default storage is 4.7 GB.

This type is equivalent to the DVD-R, including the ability to storage of 4.7 GB. The DVD+R also can only be recorded a single time and does not allow deletion of your data. The that the DVD-R has different the DVD+R then? Little thing, being the main difference the fact of the recorded data in a DVD+R to be more quickly accessed in a DVD-R, feature from the process of manufacture of the latter, which is slightly distinguished. In practical terms, however, this difference in the access to the data is barely noticeable.

The DVD-RW is equivalent to the CD-RW, since it allows write and rewrite data to the disk. The the vast majority of DVD-players is fully compatible with this pattern, but requires that the media be “closed” to run movies. Media “open” means that the user can enter data in a way gradual until the available space is fully utilized. However, if the person “close it” (this is done by through the software for recording), the recording new information is rendered impossible, being need to format the DVD-RW to reuse it.

This format has almost the same characteristics of its “rival” DVD-RW, including on the storage capacity, whose standard it is also 4.7 GB. In the DVD+RW, is also necessary to “close” the media for the execution movies DVD-players. In practice, their difference in regarding the DVD-RW is on the speed of write slightly larger and in the possibility of the use of technologies such as Lossless linking and Mount Rainier that allow, respectively, stopping a recording without cause errors and change data of only one sector without the need to format the disk.

A DVD that has the above-mentioned technology Dual Layer is able to store 8.5 GB, as you already know. This it is possible thanks to the application two data layers on a single side of the media. Forso, one layer is made of a material that causes an effect “semi-transparency”, allowing the laser beam of the instrument to be able to access the second layer, “across” the first.

And technology Double Layer, name can also be found when the subject is on the DVD? There are those who think that type disks are those that allow recording on both sides. However, this is a mistake: the media as well are called double side or double-sided.

The technology Double Layer is, in fact, equivalent to the standard Dual Layer. What happens is that the first type is the name standard of the DVD-R that has this technology (also called DVD-R DL). The second, by his time, is applied in the media DVD+R. You will understand the reason for this duplicity in the next topic.

Now that you already know the types of DVDs more important, you should be wanting to know the reason of such a variety, once there are patterns that are quite similar. The answer, in summary, is in dispute between two entities: the DVD Forum and DVD+RW Alliance.

The consortium DVD Forum is formed by the giants as a Team Warner, Pioneer, and Toshiba, and supports the specifications of the standards DVD-ROM, DVD-RAM, DVD-R and DVD-RW. In turn, the consortium, the DVD+RW Alliance (or the DVD Alliance) was constituted initially by companies such as Dell, HP, and Sony to supporting DVD standards alike, whose differentiation it is made by the signal of positive in the name (DVD+R and DVD+RW) and by the use of the term Double Layer media with two layers.

The DVD Forum holds the copyright on the logo (seen below) of the DVD technology, for which reason the manufacturers of DVD+R and DVD+RW do not enter into this picture in the packaging of such products. However, some of these companies display a logo with the words RW in the media, even those that are only recordable (DVD+R), which can generate confusion.

The two groups began to compete in the market, each of which defending their formats. This caused some manufacturers available Dvd burners are compatible only with DVD-R/RW and others do so only for the formats DVD+R/RW.

Who won this dispute? No one. All the patterns offered ended up being well accepted. This is the reason for the the existence of so many formats. As the companies do not they were slow to realize this, it is quite common to find DVD recorders are compatible with all the standards, which made the most of the companies involved would support the project, by the end, the two consortia.

The film industry was the one that most benefited the DVD: this media type is cheaper, more durable and offers better image quality when compared to the old VHS tapes. The problem is that this standard it also facilitates smuggling and piracy.

Because of this (at least that’s what the companies claim), a control geographic was created: a DVD manufactured in the particular the region does not rotate instruments developed to work in other. This division is made in six regions, each covering a group of countries:

With this organization by region is, a DVD manufactured to Canada (region 1) will not work in a device made for the Japanese market (region 2), by example. For this control to be possible, is given to the DVD players the region code to which he was produced. Thus, the device will run movies whose disks have the same number.

It is worth mentioning that the disc does not have any code, can be run on any DVD drive. Also it is valid to stress that a disk can have more than one code, can run in the corresponding regions.

As well as the CD, the DVD also has a “technology replacement”: the Blu-ray, which stands out for offering up 25 GB on a single layer disc, equivalent to 6 hours of video in high definition.

This format emerged in the market after playing in space with the technology HD-DVD, which ended up short-lived. But, even if going out a “winner”, Blu-ray was not able to conquer as much market as for the DVD, at their height: both technologies are being increasingly less used because of the increase in the number of services that stream movies over the Internet (streaming) and by the use of data storage devices more intuitive, as USB sticks and external hard Drives. 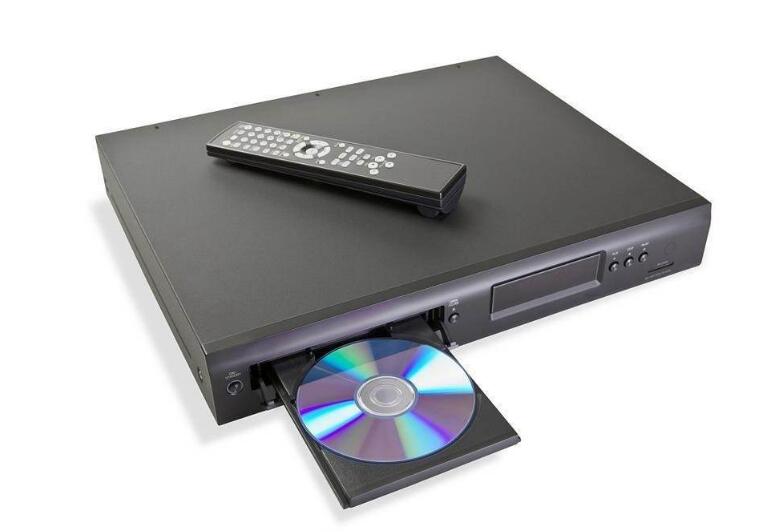