FAT16 and FAT 32 are the names of file systems (file systems) used by default in older versions of Windows operating system (such as Windows 98, for example), the Microsoft. In this article, you will learn about the main characteristics of each one of them, as well as the differences between both.

What is a file system?

It is not possible to write data on a HD or in any another storage device so as to maintain the information accessible and organized without a file system – essentially a type of structure that indicates how the files should be written to and read by the system the operating of the computer.

Is the file system that determines how the information may be stored, accessed, copied, changed, named, and even erased. That is, in short, all and any data manipulation in a storage device needs a file system for these actions to be possible. In summary, without a file system, the data stored would be just a collection of bits with no purpose.

There are several file systems available, for the various operating systems and the most varied purposes. For example, file systems used in critical applications – servers Internet, for example – tend to have more resources to security or for storage of large volumes of data.

FAT is the acronym for File Allocation Table (translating: Table deAlocação Files). The first version of FAT, came about in 1977, to work with the system operating MS-DOS, but it was the standard until Windows 95.

This is a file system that works on the basis of a kind of table that indicates where the data of each file. This scheme is necessary because the space for the storage is divided into blocks, and each recorded video file can occupy several of these, but not necessarily so sequential: the blocks can be in various positions different. Thus, the table ends up acting as a “guide” for locate them.

With the emergence of storage devices, the most sophisticated and the higher capacity, the FAT system has been earning reviews, identified by the names FAT12 and FAT16, the first being almost aN unknown and the last standard of the systems Microsoft operating for a long time. The versions arise with the aim of eliminating certain limitations the previous file system. The own FAT16, by example, went through this: this version only works with a maximum of 2 GB, thus, to apply it in a disk of 5 GB, it would be necessary to divide it in 3 partitions (2 GB + 2 GB + 1 GB, for example) to be possible the use of the entire capacity of the drive.

On this and other issues, the Microsoft has launched, in 1996, the FAT32, which became the system files from Windows 95 (version OSR 2) Windows 98, and is also compatible with versions released later on, such as Windows 2000 and Windows XP, although these have a file system more advanced, NTFS.

On a hard disk, the storage area it is divided into tracks. Each track is subdivided in sectors (learn more in this article about HDs), each with 512 bytes, usually. In this way, it is assumed that the FAT file systems work directly with these sectors. But it is not so.

In fact, the FAT works with groups of sectors, where each one receives the name cluster (or unit of allocation). In the case of FAT16, each cluster can have, commonly, one of the following sizes: 2 KB, 4 KB, 8 KB, 16 KB, and, finally, 32 KB. The definition of this size is uniform, that is, there can be varying sizes of clusters in a the same storage unit.

Each recorded file uses as many clusters as are needed to cover its size. If, for example, we have a file with 50 KB, it is possible to save it in two clusters of 32 KB each. You should have realized then that, in this case, a cluster was with space left over. This area can be designed the other file, correct? Wrong! It turns out that each cluster can only be used by a single file. If remaining space, this will remain empty. This it is one of the problems of the FAT file system: the waste.

Typically, the size of the clusters is defined in the procedure installation of the operating system, in the step of formatting of the storage unit.

Differences between FAT16 and FAT32

The FAT32 file system can solve this problem by use the 32 bits in the data address (again, here you can see why the number in the acronym). In FAT16, the greater the disk space (considering the limit of up to 2 GB, of course), the larger the size of the cluster. With the FAT32 file system, you possible to use smaller clusters – typically of 4 KB – the same with the drive offering the highest capacity of storage. This way, the waste ends up being less.

The limit of FAT32 is 2 TB (terabytes). Note, however, that if you do the previous calculation considering 32 instead of 16 (2 raised to 32) and, subsequently, multiply the result by the maximum size of the cluster (also 32), the obtained value will be 128 TB. So, what is the reason of the limit of 2 TB?

For Windows 95/98 users, an the recommendation was frequent: use a application of disk defragmentation on a regular basis. This has a good reason: every time that a file is deleted, its clusters become available for new use. It turns out that the system operating always occupies the first free clusters, and, if there is the areas occupied on the way, will continue using the free clusters subsequent.

The result is that, with the passing of time, there is data fragments all over the disk. This makes the access to the files slower, because the system needs to search for “piece by piece”. Defragmentation can alleviate this problem because it rearranges the files on clusters sequential, leaving them accessible more quickly.

VFAT stands for Virtual File Allocation Table. It is a kind of extension to FAT16 introduced in Windows 95 for that this operating system can support files with more than 11 characters in the name. Is that, by default, FAT16 is limited to the size of the names to 8 characters 3 more for the extension, for example, daniella.txt. If longer names are used, these appear the short form in the system.

With the use of VFAT, the features of FAT16 are maintained and, at the same time, larger names can be used without any difficulty. This is because VFAT does the system see the short name, but you can save the original name in a separate area.

FAT32 works with VFAT by default.

To the current standards, the file systems FAT show as the outdated. This is mainly due to the rise of the the NTFS file system, which is safer and more efficient. Not for less, is used in the versions more recent Windows, such as XP, Vista and 7, for example. 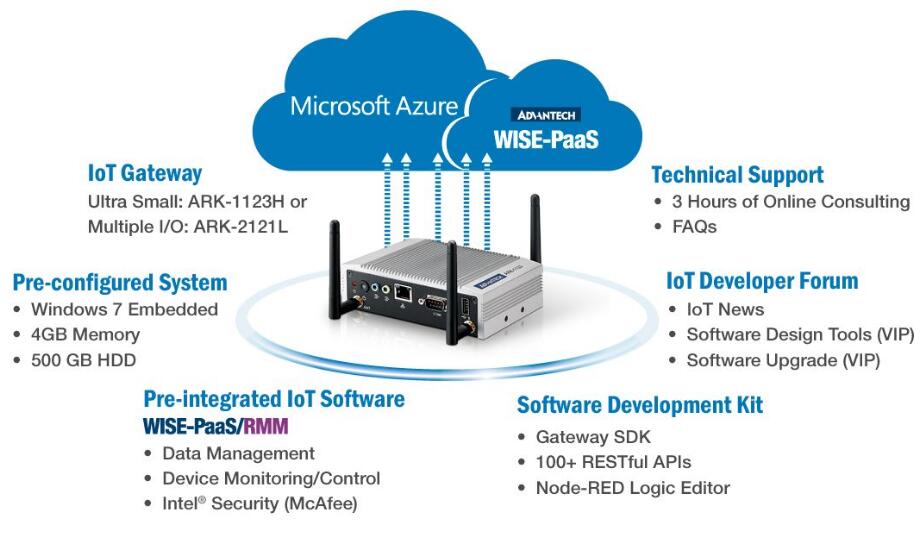 Introduction In this second part, about understanding and use of permissions on Linux, we will work with the command umask, chown , and chgrp. The first command allows you to manipulate the default permissions (default) the system, the second is used to change the owner file or directory, and, finally, the third is used to change the group in which a file/directory belongs […]

What is Firewall? – Concept, Types and Architectures

Introduction Even people less familiar with the technology know that the the Internet is not a “territory” free of hazards. It is for this reason that it is important to know and use the tools protection for computers and networks. This text addresses one of the security options the most important of the computing environments: the firewall. In the next lines, […]

Mounting Partitions and Disks in Linux

Introduction The use of GNU/Linux (here called only Linux) is growing every day. Many users, when they visit sites on the the operating system or to hear the report of the colleagues who already use the Linux, feel encouraged to experiment with the system. The vast majority you already have the Windows operating system installed and you decide to share the computer […]