BRB are the initials of “be right back”.

This acronym is often used especially in informal digital communications, such as chats and online social networks. 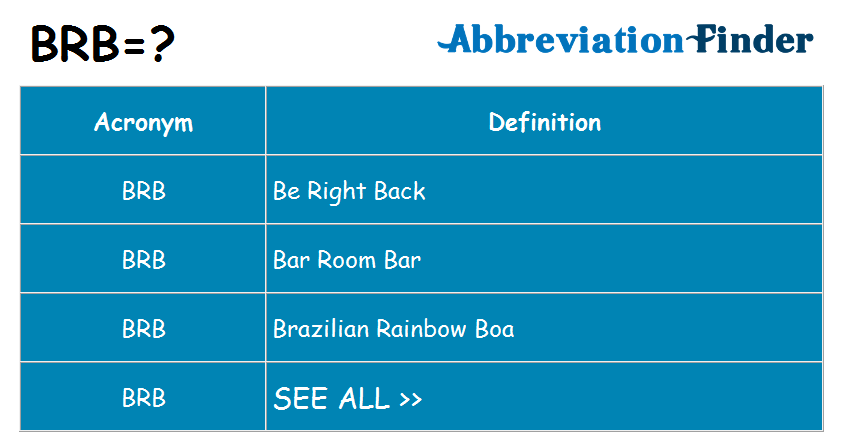 The BRB (as the translation itself suggests) is used in the context in which a person is momentarily absent from a dialogue, but warning that he will soon return to continue the conversation.

Even though it is an English slang, BRB is used globally in the typical language of the Internet.

Several other acronyms are used in digital communications such as sending SMS, in social networks or in messaging applications (Whatsapp, Snapchat, Viber and etc.).

Unlike BRB, when one person stops talking and takes to return, it is customary to use the acronym BBL, which means “be back later”.

Other Meanings of BRB