DVD is the acronym for Digital Versatile Disc. DVD is a disk with the capacity to write data in a digital format, it is a more current version in relation to the CD, because it has a much greater capacity of storage of data and files. 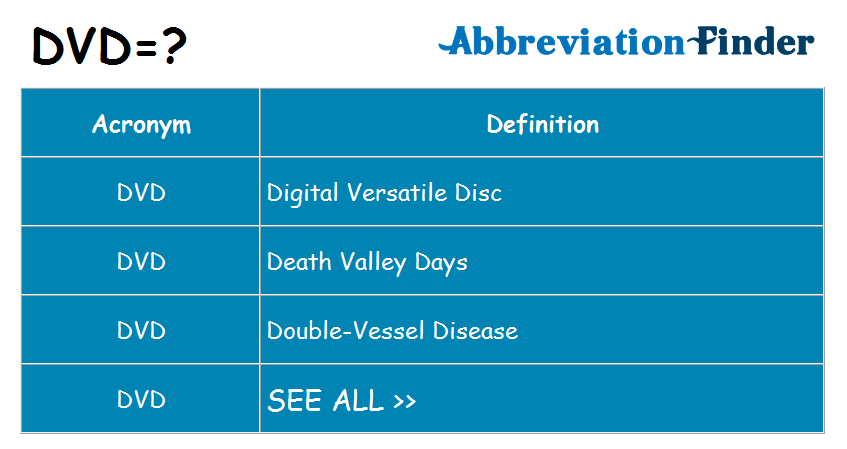 The DVD was created in 1995, as a replacement for CDs and VHs tapes, which was the old technology to watch movies, for example. The first DVD players came out in Japan, and the first DVD movie released in the United States was Twister in 1996. The DVD became popular in Brazil in 2003 alone.

The DVD already has two substitutes, the HD DVD and the Blu-ray, both with greater capacity of storage. Blu-ray and HD DVD formats. Blu-ray can record up to 50 GB of data and the HD DVD 30 GB, plus the quality of sounds and image.

Other Meanings of DVD

What is CMYK? CMYK is a color system whose acronym is formed by the colors Cyan, Magenta, Yellow and black. CMYK (also called color-pigment) is a system widely used in the printing industry.