The FSC’s mission is to promote responsible forest management and the rational use of the forest through a set of standards called Principles and Criteria that aim to ensure the long-term existence of the forest. 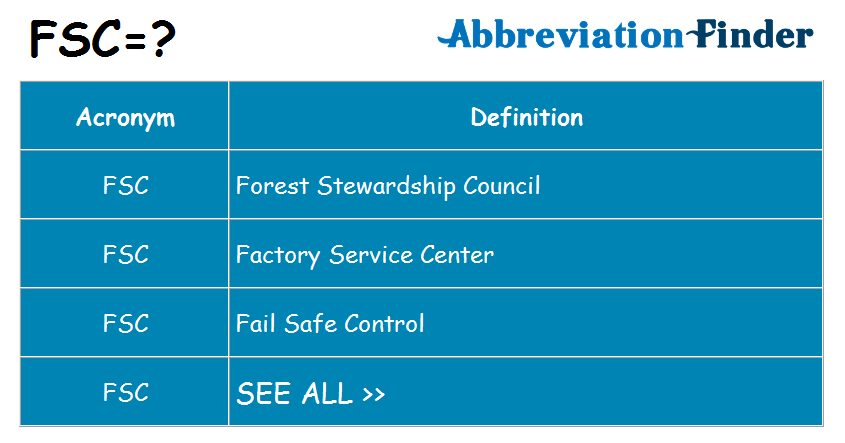 The forest certification seal is released by certifiers constantly monitored by the FSC and has the objective of guaranteeing that the wood comes from a productive process managed according to an ecologically adequate, socially fair, economically feasible and compliant law.

The Principles and Criteria developed by the FSC are recognized and valid internationally for certification. Each member country represents the FSC nationally.

A certified forest area is a guarantee not only of the origin of the wood, but also a guarantee to the retailers and consumers, being aware of the problems of degradation of the environment, that they are using wood products originated from a well managed forest.

Other Meanings of FSC

What is USD? USD is the acronym for United States Dollar. The dollar is the official currency of the country, but is also used in several countries of the world, in free circulation, and especially as international reserves.

What is MSN? MSN is an online service portal of Microsoft, launched in the year 1995, along with the Windows 95 Operating System. MSN stands for “Microsoft Service Network”.