FTW stands for “For The Win”.

The use of this acronym is very common in the online universe, especially in social networks.

It usually appears at the end of some text or comment posted as an indication that certain content is good or that it should be read / seen / heard. 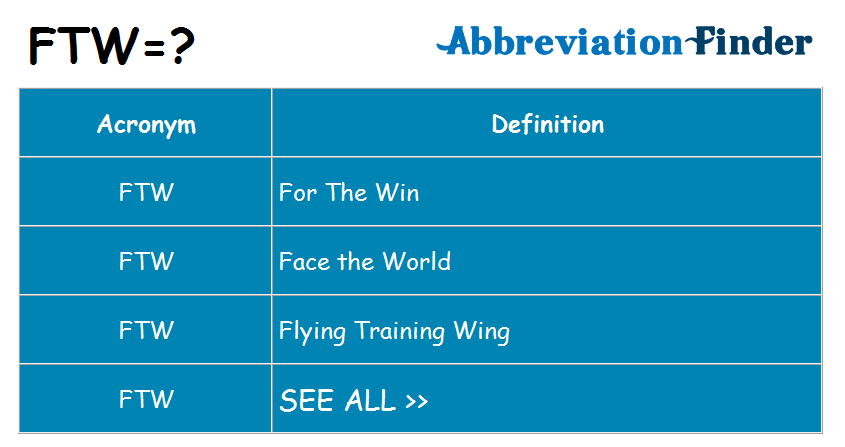 That is, FTW indicates that a certain thing is “the best”, or that it “makes a difference”. In short, it is an alert so that other people can give attention to certain subject or content that is being discussed, as it is of high quality.

However, FTW can also be used as a sign of sarcasm. In this case, the person has to be attentive to the context that precedes the FTW.

Of all online environments, the use of FTW may be more commonplace in discussion forums, especially in electronic games.

No one knows for sure, but the most likely hypothesis suggests that the origin of this acronym and meaning is from the beginning of the first decade of the 21st century, in the Hollywood Squares game show.

Other Meanings of FTW

GEG is the abbreviation code for Spokane International Airport. According to Abbreviation Finder, GEG can also mean: Generating Economic Growth Generic Element Generator Geotechnical Engineers and Geologists Spokane, WA Airport (GEG) The Spokane International Airport is an important aviation hub of the US state of Washington. It is located near the city of the same […]