FYI is the abbreviation for the English term “For your information”.

Its use is very common in e-mail messages, when the sender wants to give notice of some novelty that may be of interest to the recipient. In this case, in the subject or in the body of the message comes only FYI, indicating that the attached information does not necessarily require a response, ie it is just an informative message. 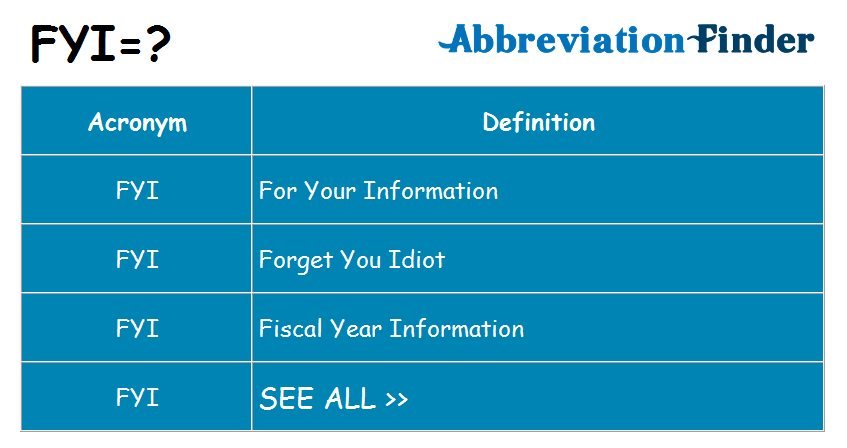 When you add the letter J at the beginning of the acronym, shortening the word just meaning “only”, the term becomes ” Just for your information ” (JFYI). It is also common to use the expression “For your information only” which has the same meaning. In both cases, it is a reinforcement that the message is only informative.

Other Meanings of FYI

What is FBF? FBF corresponds to Flashback Friday, which is an English term whose translation means “Friday of hindsight”. This term can also be translated as “Friday of the flashback” or “Friday of the past fact”. It is a kind of slang used in social networks as hashtag.