HDI stands for Human Development Index, an important measure designed by the United Nations to assess the quality of life and economic development of a population. 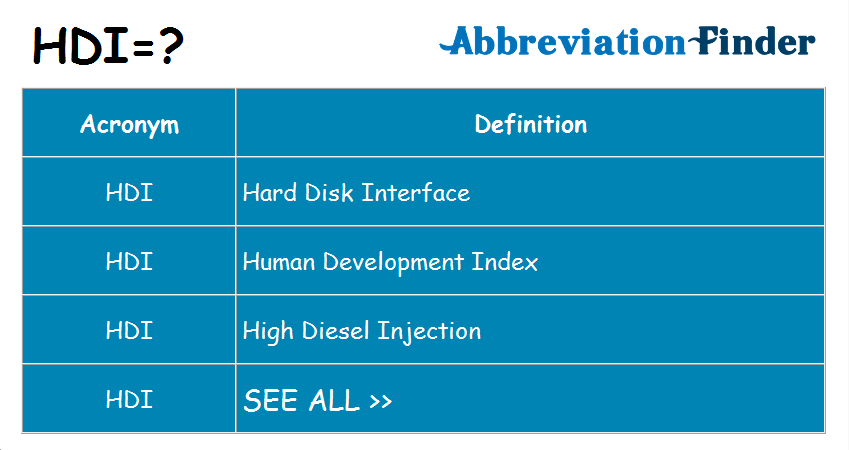 The Human Development Report (HDR) is prepared annually by the United Nations Development Program (UNDP) based on three criteria (Health, Education and Income), which are measured as follows:

The HDI ranges from 0 (no human development) to 1 (total human development), revealing that the greater the proximity to 1, the more developed the country is. The world average of the 188 countries evaluated in 2014 was 0.702.

Below is a list of the top 10 countries in the Global HDI Ranking in 2014, according to the Human Development Report 2015:

It is important to note that in that year Brazil ranked 75th with an HDI of 0.755, having increased nine positions compared to 2010. The country with the lowest HDI (0.348) was Niger.

Other Meanings of HDI

What is WLAN? WLAN is the acronym for Wireless Local Area Network. It is a local area network that uses radio waves to transmit data and to connect to the Internet, without the need to use traditional cables to connect devices.