ICQ is an instant communication program, the pioneer of such programs on the Internet.

ICQ is a reduction of the English pronunciation of the letters I (ai), C (si), Q (kiu), forming the phrase “I seek you”. 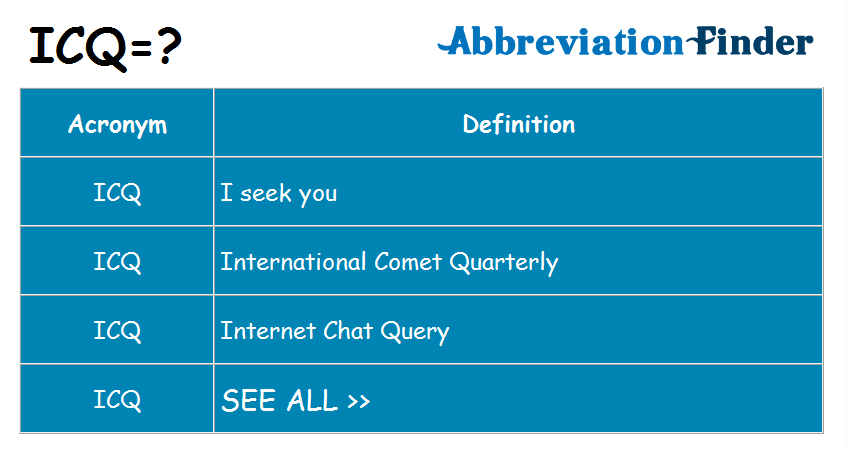 They then developed instant messaging software that became a leader in the years to come, winning several awards. Through ICQ, users could chat with people from around the world.

Using ICQ is very simple. With the software installed, the user obtains the UIN, a Unique Identification Number that identifies it in the network (also called ICQ Number). You can add other ICQ users through UIN or search for specific features.

Because of the entry into the market of several other instant messaging software similar to ICQ (such as mIRC, MSN Messenger, Google Talk, Skype, Jabber, Meebo, etc.), but mainly due to the strong competition of MSN Messenger, ICQ ended up losing many users.

However, it is still active with mobile versions, games and other innovative applications for users.

Other Meanings of ICQ

Media CD-R and CD-RW Drives: How Do They Work

One of the technologies most used in the world of computing is the recording of CDS, whether data are of music. With the popularization of the devices, recorders, CD’s (a consequence the reduction of costs) this habit is each more and more common. This article aims to show how to work the CD’s recordable and rewritable (CD-R and CD-RW). The […]

The second search site, the acronym MP3 (MPEG Audio Layer-3) it is one of the topics most researched in these services, losing just for “sex”. This is all thanks to the revolution that the MP3 has caused in the entertainment world, especially after his great fame on the internet. Such a revolution simply did the music industry give-up completely and hang a […]