LGBT (or LGBTTT) is the acronym of Lesbian, Gay, Bisexual, Transvestite, Transsexual and Transgender, which consist of different types of sexual orientation.

The acronym LGBT is also used as the name of a movement that fights for the rights of homosexuals and, especially, against homophobia. 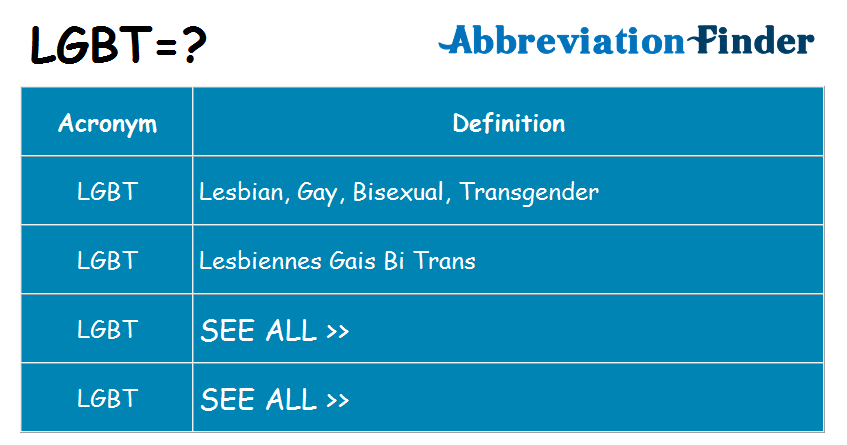 Initially, the movement was known only to GLS (Gay, Lesbian and Supportive), but there was a great growth and people began to question the different ramifications and identities, causing the movement to acquire other types of sexual orientations.

In fact, the term was officially changed from GLS to LGBT at a National Conference held in Brasilia in 2008.

Unfortunately, the LGBT movement is still fraught with prejudice and pejorative connotations, mainly by more social and religious chatter nuclei.

According to these people, the participation of homosexuals in the LGBT pride parades is exaggerated and unreasonable.

On the other hand, the organizers of these events claim to be the Gay Parade (as it has become popularly known), a space of visibility for the homosexual, who is marginalized in society and desires only to have the same rights as heterosexuals (such as the marriage of people of the same sex and adoption, for example).

The LGBT Pride Parade also aims to make people aware of the diversity that a society is built, and everyone must know how to respect differences.

There are many non-governmental organizations (NGOs) working for the LGBT movement to raise awareness among the population and members themselves, from support for people facing discrimination to advice on basic care for sexually transmitted diseases, for example.

Other Meanings of LGBT