MSN is an online service portal of Microsoft, launched in the year 1995, along with the Windows 95 Operating System. MSN stands for “Microsoft Service Network”. 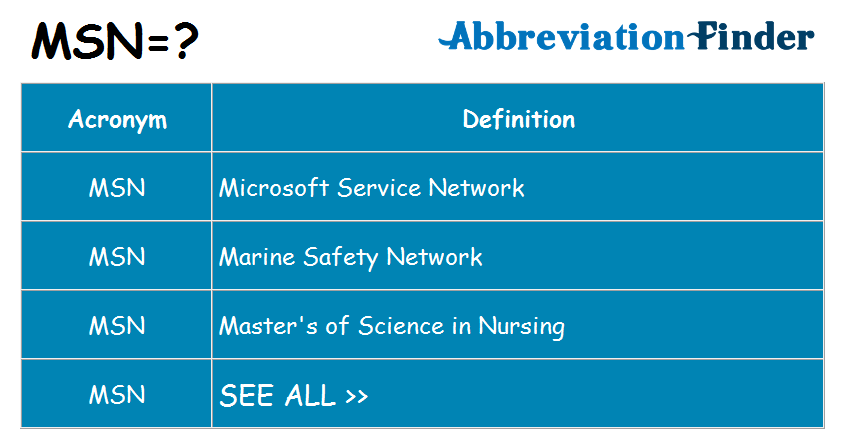 The MSN.com portal is different from the instant messaging program known as “MSN Messenger” or simply “Messenger.” On the Internet, portal is a site that aggregates a diversity of content for users.

The popular free Hotmail e-mail service and the old MSN Messenger were also released using the MSN brand. However, in 2005, Microsoft launched the Windows Live brand to communicate its software and services online.

Since its launch, MSN.com has undergone major changes. In October 2012, Microsoft released a new version of MSN exclusively for users of the Windows 8 Operating System and the Internet Explorer 10 browser. It is an optimized version for tablets and touch screens, and designed to utilize all the technical resources that the Windows 8 offers.

In 2010, MSN.com reached the 5th place among the most visited sites in the world.

Other Meanings of MSN