NAFTA is the acronym in English for the North American Free Trade Agreement, an economic bloc formed by the United States of America, Canada and Mexico.

The main goal with the creation of NAFTA was to reduce or eliminate trade barriers between the three countries that make up North America. The formation of the economic bloc emerged as an attempt to compete with the European Union (EU), a bloc formed by European countries and which proved to be a great success in the world economic scenario. 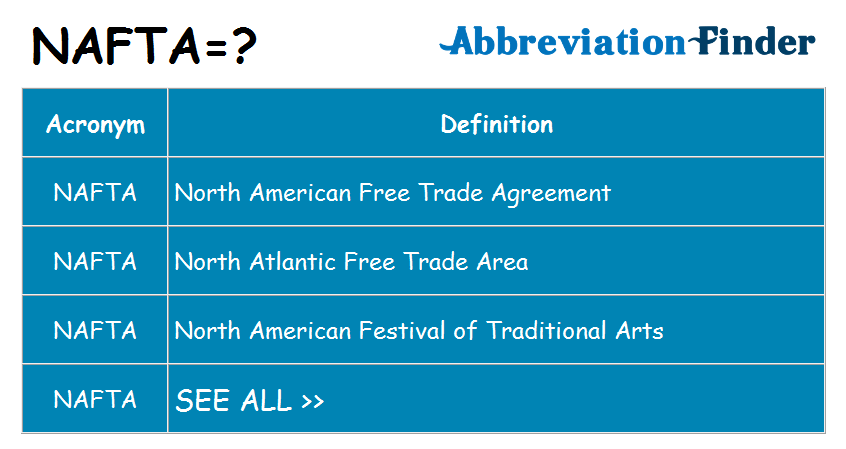 NAFTA was created in 1993 but only came into operation as of January 1, 1994, completing more than 20 years of activity.

Among the main objectives of NAFTA is the end of customs and economic barriers, reducing trade costs among member countries.

However, contrary to what happens in the European Union, NAFTA does not have a single currency among member countries and free transit between citizens is also not allowed.

Other Meanings of NAFTA

What is BRB? BRB are the initials of “be right back”. This acronym is often used especially in informal digital communications, such as chats and online social networks. The BRB (as the translation itself suggests) is used in the context in which a person is momentarily absent from a dialogue, but warning that he will soon return to continue […]