USB stands for Universal Serial Bus(“Universal Port”), a type of technology that allows the connection of peripherals without the need to turn off the computer, as well as transmit and store data.

Peripherals are devices or boards that send and receive information from the computer, in connection with the CPU of the machine. 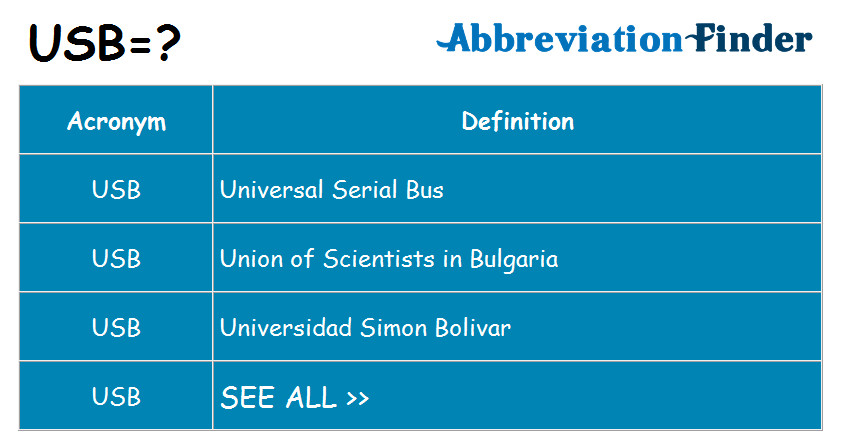 Examples of most common peripherals are: pendrives, printers, scanners, CD or DVD players and recorders, card readers, mice, keyboards, webcam and so on.

Currently, most of these peripherals are connected to the computer via UBS connection.

The current USB connections are of the PnP ( Plug and Play ) standard, which helped to reduce all the complication in the configuration of these devices, in order to make life easier for the user.

The USB standard was developed by a consortium of companies in 1995, among which they stand out: Microsoft, Apple, Hewlett-Packard, NEC, Intel and Agere. However, the first “USB ports” only began to be used in computers made from 1997.

It was very difficult for these companies to reach consensus, so the opinions were divided and two separate groups were formed: Intel-supported Universal Host Controller Interface (UHCI ), which transfers part of the processing of the protocol to the software.

The Open Host Controller Interface (OHCI ) supported by Compaq, Microsoft and National Semiconductor, which transferred most of the effort to the electronic controller.

The universal symbol of the USB system is a Neptune trident (in Roman mythology it was known to be the god of underground and underwater). Theoretically, the different shapes of the trident tips – circle, triangle and square – would represent the varieties of devices that could be supported by USB technology.

The first version of USB was called USB 0.7, released in November 1994. This model was able to achieve a maximum speed of 1.5 MB per second of data transfer.

In 2009 USB 3.0 was released, also known as SuperSpeed, which has the capacity to transfer up to 625 MB per second.

Currently, all electronic devices are produced to suit USB technology.

Other Meanings of USB

What is Brexit? Brexit is short for Britain Exit. This term refers to the plan that provides for the departure of the United Kingdom from the European Union (EU).