USSR is the acronym for Union of Soviet Socialist Republics, established in 1922 by the leader of the Bolshevik Revolution, Lenin. It was a federation of several republics led by Russia, initially bringing together Ukraine, Armenia, Georgia, Azerbaijan, establishing for the first time in history a socialist regime.

The Union of Soviet Socialist Republics or Soviet Union was a communist experiment, which lasted 74 years, where the Russian revolutionaries Vladimir Lenin and Leon Trotsky were the main characters. The system was imploded in 1991 by the destructive forces of its own contradictions. 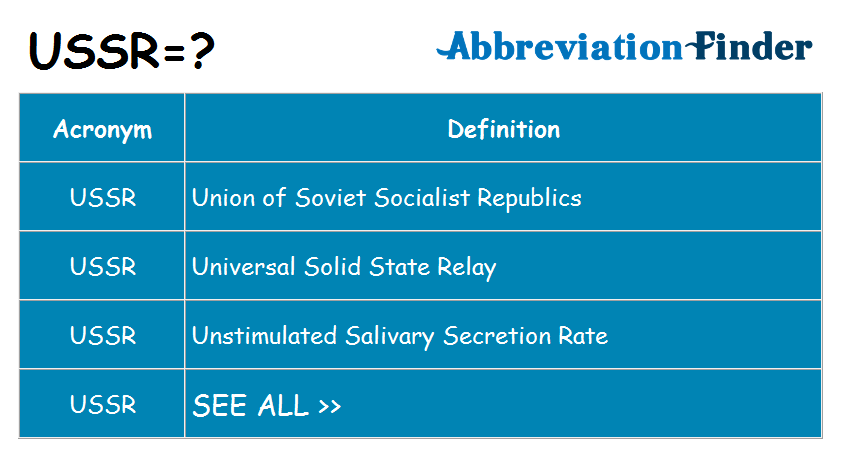 In the first decade of the twentieth century, Russia was still a feudal state. Czar Nicholas II ruled as an autocratic monarch. At that time Russia was beginning a rapid industrialization process. The life of the 15 million workers was hard. The working conditions in the factories were precarious, giving rise to radical and revolutionary parties. In 1898 the Russian Social Democratic Party was founded, which was based on Marx’s ideas. In 1903 the party was divided into Menshevik and Bolshevik. Strikes and demonstrations were carried out against the imperialist regime.

In 1917 the Revolution broke out, the Bolshevik Party, supported by the soviets and the peasantry under Lenin’s leadership, occupied the streets of St. Petersburg and ended up seizing power, which was handed over to the Council of People’s Commissars, led by Lenin. In 1922, the Union of Soviet Socialist Republics was formally established.

In 1917, Lenin was the great architect of the Russian Revolution. His power rested on the Soviets, the Red Army (created by Trotsky to defend the revolution), the political police, the Cheche, and the Bolshevik Party, which was transformed into the Communist Party in 1918.

The Russian population became part of politics through the trade unions and the Communist Party. An active minority composed the Party, which had an organization similar to that of the soviets: a congress, a central committee, and a political directory. The new regime faced four years of civil war against the white Russians, adherents of the old regime, supported by European countries fearful that the socialism spread. In 1922, a new Constitution creates the Union of Soviet Socialist Republics (USSR).

After Lenin’s death in 1924, a power struggle between Trotsky and Stalin began in Russia. For Trotsky, an uncompromising Marxist, the Russian armies were to immediately propagate the Communist revolution throughout the world. For Stalin, socialism should first be established in Russia and only then spread to other countries. Defeated Trotsky was expelled from the country.

In 1941, the USSR was already composed of several nations of different ethnic groups and cultures, the bloc was formed by Russia, Ukraine, Belarus, Latvia, Estonia, Lithuania, Moldova, Georgia, Armenia, Azerbaijan, Turkmenistan, Kazakhstan, Tajikistan, Kyrgyzstan and Uzbekistan. With Stalin in power, for 25 years, the USSR experienced one of the bloodiest and most cruel dictatorships in history.

The USSR was part of the history of World War II, thanks to Operation Barbarossa (Operation Redbeard), a military offensive by the German military army led by Adolf Hitler. The invasion of the USSR by Germany began on June 22, 1941 and was successful at first, but the USSR resisted and won some important battles in 1942 and 1943.

At the end of World War II, the USSR conquered a vast territory of Europe, thus consolidating its position as a military superpower.

USSR and the Cold War

The Cold War (an undeclared war) was the period of conflicts and hostilities between the USSR (leader of the socialist bloc) and the US (leader of the capitalist bloc). The destruction and geopolitical weakening of the great European capitalist powers after World War II, added to the advance of socialism, allowed the division of the world into two emergent and ideologically antagonistic superpowers: USA and USSR.

USSR and the CIS

State socialism in the USSR has already shown signs of economic decline since 1980. Bureaucratic structures, excessive state control, the one-party regime, and the privileges of the ruling class annihilated the individual freedoms of ordinary citizens. Several protests and contestations created the conditions for the structural changes that have taken place in most socialist countries.

The Commonwealth of Independent States (CIS) was formalized on December 8, 1991, in the presence of the presidents of Russia, Ukraine and Belarus, replacing the Soviet Union, for the purpose of economic partnership and defense of its members.

Other Meanings of USSR

What is FYI? FYI is the abbreviation for the English term “For your information”. Its use is very common in e-mail messages, when the sender wants to give notice of some novelty that may be of interest to the recipient. In this case, in the subject or in the body of the message comes only FYI, indicating […]