WYD means World Youth Day and consists of a meeting of Catholic people, particularly young people, from all over the world. During a week there are different events organized by the Catholic Church in a city chosen to celebrate the journey. 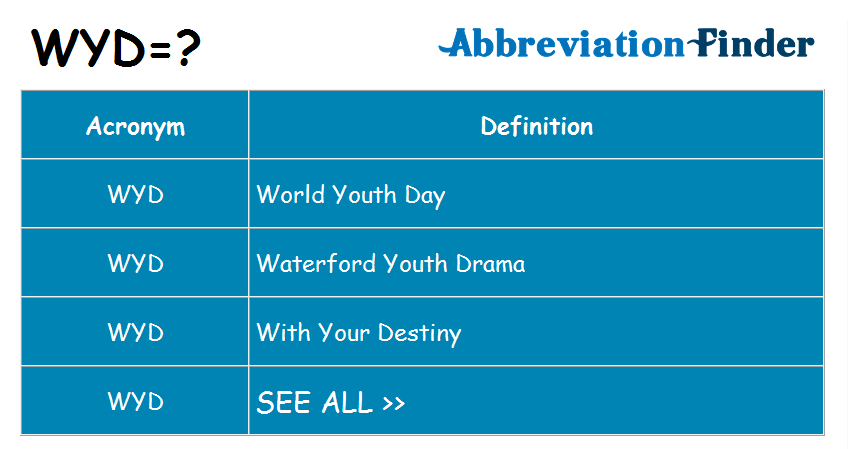 In the year 2013, World Youth Day was celebrated with the presence of Pope Francis, under the theme: “Go and make disciples of all nations!” (According to Matthew 28:19)

The various events that take place in the period of the journey include: catecheses, masses, lectures, adorations, moments of prayer, musical moments, etc.

The World Youth Day was instituted by Pope John Paul II in 1985, and the first day was held in Rome, Italy, with the following theme: “Always be prepared to respond to anyone who asks you the reason for the hope that there is in you “(1 Peter 3:15).

WYD stands for What You Doing

Other Meanings of WYD