As the name suggests, the memory is DDR2 (DoubleData Rate 2) is an evolution of the memory DDR. Among its main characteristics are the lower consumption of electric power and higher rates of speed. In this article, you know more details of the memories DDR2 and see what are your main differentials in relation to the previous standard.

Operation and characteristics of memories DDR2

The main feature of the memories DDR is its ability to perform two operations per clock cycle (learn more on this aspect in this article on processors) instead of a, as happens in the previous standard (SDR SDRAM). Such capacity will not is a mere whim: the memories need be fast enough to keep up with the performance the increasing of processors. It is for this same reason that the memories DDR2 came on the scene.

The type of DDR2 is faster than standard DDR by a set of factors. For a start, it carries four operations per clock cycle, two in the the beginning of this and two at the end. The previous standard it works with two operations per cycle.

To understand the differential of this aspect, consider the following: until now, when we refer to the clock cycle, we are speaking of the communication of the memory with the outside, that is, with your controller memory. Internally, however, the memory works with a frequency of its own.

The frequency for the external communication of the standard DDR2, in turn, ends up being the double of the clock internal. Thus, a module DDR2-800 works externally at 400 MHz.

In relation to speed as a whole, it is necessary to consider also the “CAS Latency” (latency of the CAS – Column Address Strobe). In a few words, it is the time that memory takes to provide a given requested. Thus, the smaller the value of the latency, the faster the “delivery”.

In the memories DDR, the latency can be, in terms general, 2, 2.5 and 3 clock cycles. In the memories DDR2, latency goes from 3 to 5 clock cycles. This means that the DDR2 memory is slower than DDR? In the practice does not, because the other features of the standard DDR2, especially their frequency values, to compensate for this disadvantage.

There are still other parameters that should be considered. One of them is the “Additional Latency” (AL) or “latency further,” a factor used to allow the procedures to linked to the operations of reading and writing are carried out until the “expire” time latency of the CAS plus the additional latency. It is as if there were an increase of the term of such operations. Thus, the measurement latency must consider the sum of these two parameters to obtain a total.

The DDR2 memory is also notable for its lower consumption of electric energy. While the DDR typeworks with 2.5 V technology DDR2 requires 1.8 V for default. Because of this, the DDR2 memory has just having improved performance including control of the temperature.

The physical aspects of the memories, DDR2

In the physical appearance, memories DDR2 are similar to the modules in DDR, so much so that there are those who think that a motherboard can work with both types in the same slots, which is not true. In spite of the similarity, there are notable differences.

To begin with, the type DDR has 184 terminals, while the DDR2 uses 240 contacts. In addition, that small opening that there is between the terminals is positioned in a different location in the memory sticks (DDR2), as shown in the the following picture:

Another noticeable difference in the modules DDR2 memory is the type of encapsulation used:although it can be found in other technologies, usually it uses the type CSP (Chip Scale Package) with fittings FBGA (Fine pitch Ball Grid Array), whose main feature it is the fact of the terminals of the chip being small welds. The advantage of this is that the electrical signal flows more easily and there is less chance of physical damage. The DDR memory, in turn, is often found in tunnel TSOP (Thin Small Outline Package). Learn more about this in the article Memories ROM and RAM.

The DDR2 memory has a feature known as On-Die Termination (ODT). This is a technology that helps to avoid errors transmission. To understand the usefulness of it it is necessary to know the call”termination resistive”.

The electrical signals suffer from an effect return when they arrive at the end of a transmission path. Roughly speaking, it is as if the energy hits a wall at the end of your way back, as if it were a ball. For various reasons, this effect can also occur in the “middle of the road”. In the case of memories, this problem, known as “signal reflection”, it can mean a loss of performance and need relay data.

In the memories DDR, this problem is treated by means of a method that reduces signal reflection from of resistors that are added to the motherboard. This is the device that comes the name”termination resistive”.

In the standard DDR2, the termination resistive in the motherboard did not prove efficient, by physical characteristics of this type of memory. Given this problem, it was necessary to study alternatives and then came the ODT. In this technology, the termination resistive lies within the own memory chip. With this, the path traversed by the signal is smaller and there is less noise, that is, less loss of data. To the motherboard ends up benefiting from this technology, as a component stops to be added, reducing costs of production. This is one more reason by which the DDR2 memory does not is compatible with standard DDR.

In relation to the nomenclature, the memories DDR2 follow virtually the same pattern of memories DDR, as shown in the following table:

Worth mentioning that the transfer rates are approximate and indicate the maximum that can be achieved. There are also memories DDR2 with other specifications, but these are the most common.

You may have wondered about the why of the the name “PC2-3200” on respect to the memory of 400 MHz (and thus if follows along with the other types). The number 3200 indicates the amount of megabytes per second with which the memory is capable of work. This means that, in the case of the memory 400 MHz, its speed is 3,200 MB or 3.2 GB per second.

As with the memories DDR type DDR2 you can also count on Dual-Channel. This is a solution that mitigates the fact the memories do not match the speed of the processors. For this, the scheme makes the memories to transfer twice as much data at a time. So, to 3,200 MB per second can be make of 6,400 MB per second, for example.

This is possible because, in the Dual-Channel controller, the controller causes memory chips DDR2 can transfer the twice as much data at a time, that is, instead of 64 bits (8 bytes), transfer 128 bits (16 bytes).

To enable the scheme to Dual-Channel in a computer, it is must have a chipset that is compatible (or, if it is the case, a processor). In addition, it is recommended to have one or two pairs (always pairs) of modules memory is identical (or, at least, with the same specifications). The equality decreases the risk of problems. At this point, an interesting tip is to acquire a kit for Dual-Channel, which provides two memory sticks DDR themselves to work in this mode.

Refer to the manual of the motherboard to know in which slots the modules must be installed to activate the mode Dual-Channel, so as to know if it is need to change some parameter in the BIOS setup.

Like its predecessor, the memories DDR2 had great acceptance in the market, so much so that, in the the time of closing of this article in the AbbreviationFinder, it was still a type widely used. However, the need for speeds even bigger made with that technology DDR3 come in the market to to occupy its place. 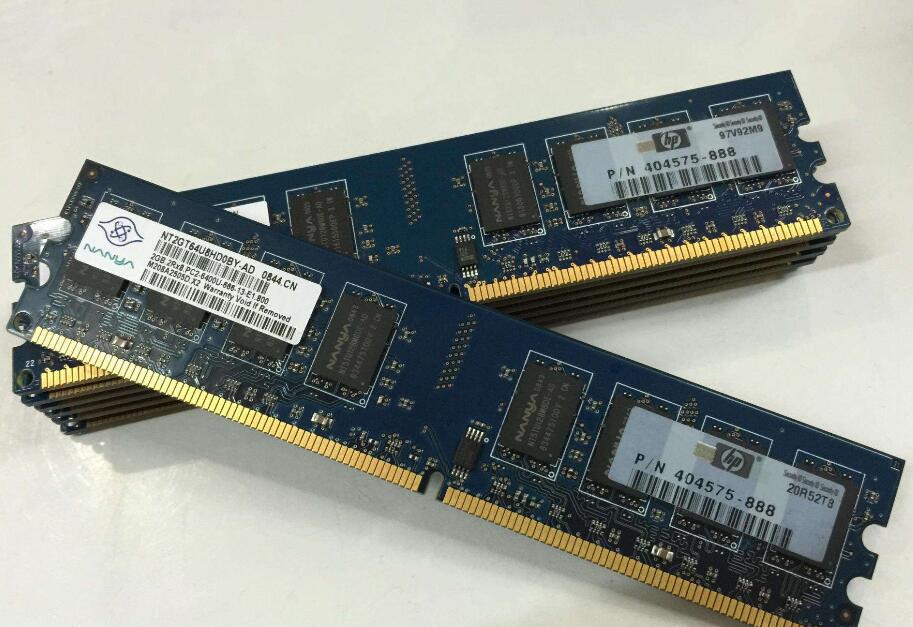