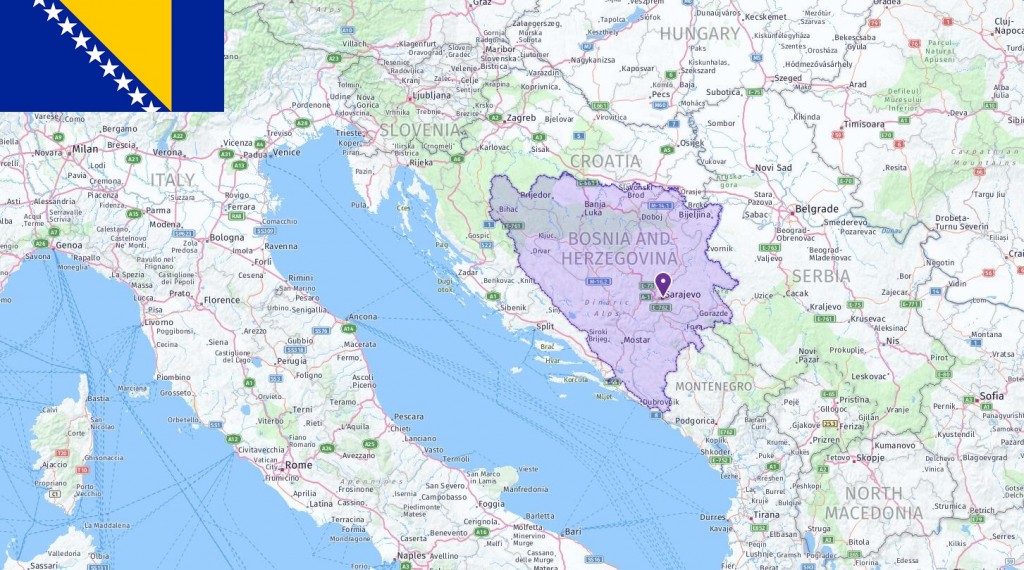 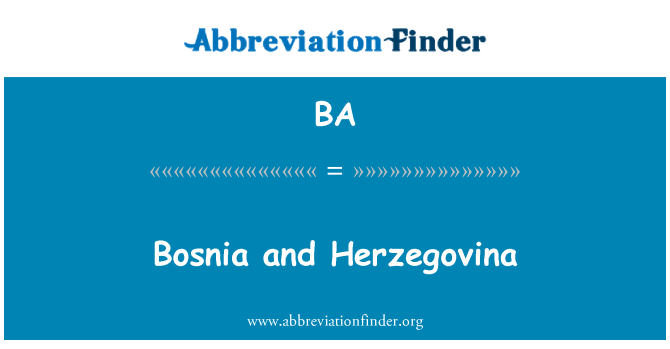 The nature of Bosnia-Herzegovina consists mostly of mountains. 92 per cent of the country is over 150 meters above sea level. Around half of the country is covered by forest. Nature can be divided into three geographical zones. In the north there are highland landscapes. Here, the river Sava provides fertile agricultural areas. Central to the country are low mountains, and the area is rich in forests and minerals. From the northwest to the southeast of the country runs the Dinaric Alps. Here is Maglić, the country’s highest peak, at 2386 meters. The climate is continental, with cold winters and hot summers. In the west, there is up to 4000 mm of precipitation a year, making this area one of the wettest in Europe. On the coast to the south is the Mediterranean climate, with long hot summers, and short mild winters.

The biggest environmental challenge in Bosnia and Herzegovina is air pollution. The country is ranked second worst in the world when it comes to death due to toxic and polluted air. Large coal power stations mean that entire towns and villages have become virtually uninhabitable. Another major environmental challenge is widespread deforestation and illegal logging.

The history of Bosnia and Herzegovina is characterized by the area being the border between Christianity and Islam. The area has been invaded and controlled by Goths, Huns, the Roman Empire, the Byzantine Empire, Iranians, Avars, Slavs, Hungarians, Croats and the Ottoman Empire.

In 1878 the area became part of Austria-Hungary, but opposition to the new power grew rapidly among Serbs and Croats. When the Austrian-Hungarian throne heir was killed by a Bosnian/Serbian student in 1914, this triggered the First World War. After the war, the area became one of six states in Yugoslavia. A burgeoning nationalism in the 1980s led Yugoslavia to disintegrate in 1989, and Bosnia and Herzegovina became independent in 1992.

The country’s Serbian minority opposed independence and wanted to become part of Serbia. A three-year civil war broke out. During the war, all involved parties committed war crimes, and used ethnic cleansing and rape as war tactics. When over 8,000 Bosnian civilian men and men were killed by Serbian forces in Srebenica in 1995, the breaking point was reached. The UN had not been able to negotiate a peaceful solution. The massacre led to NATO bombing Serbian targets, forcing the parties to sign the “Dayton Peace Agreement”.

The war that ravaged the country in the 1990s has left deep traces in Bosnia and Herzegovina. During the Civil War over 100,000 people were killed and half the population fled. Politics is still strongly characterized by ethnic contradictions. The Dayton Agreement stipulated that the country should be divided into two autonomous sections: Srpska (Serbian Republic), and the Federation of Bosnia-Herzegovina (Croat and Bosnia-dominated). Each section has its own president, parliament and government. Most major decisions are made directly by the self-directed parts. At the national level there is a presidency and a government. The Presidency consists of one Bosniak, one Serbian and one Croat, elected every four years.

The country is being criticized for violating human rights as other peoples cannot stand for president. This is one of the reasons why Bosnia and Herzegovina has not been admitted to the EU. Broadly speaking, the country’s politics are divided between those who want to build a multi-ethnic state and those who want to secure power for their own ethnic groups. In addition, the policy is characterized by corruption and a heavy bureaucracy.

Bosnia and Herzegovina was the second poorest sub-republic in Yugoslavia and had a poor starting point for managing financially when it became independent. The civil war completely destroyed the economy. Production fell by 90 percent and gross domestic product fell by 80 percent. The industry disappeared due to supply failure and war actions. After the war, foreign aid led to great economic growth, but growth slowed as the joy of donor disappeared. The global financial crisis of 2008 had major consequences for the country. Unemployment grew significantly and export revenues declined. Today, Bosnia and Herzegovina is still one of Europe’s poorest countries.

Bosnia and Herzegovina is characterized by heavy bureaucracy, weak central power, corruption and political instability. This scares away potential investors. However, the financial situation has improved in recent years. Since 1995, production has tripled, exports have tripled and the number of jobs in the service sector is increasing. Still, almost 17 percent of the population lives below the national poverty line. In addition, the country’s welfare system has major shortcomings after the war. A lot of reconstruction, reorganization and investment remains before the system can work well.