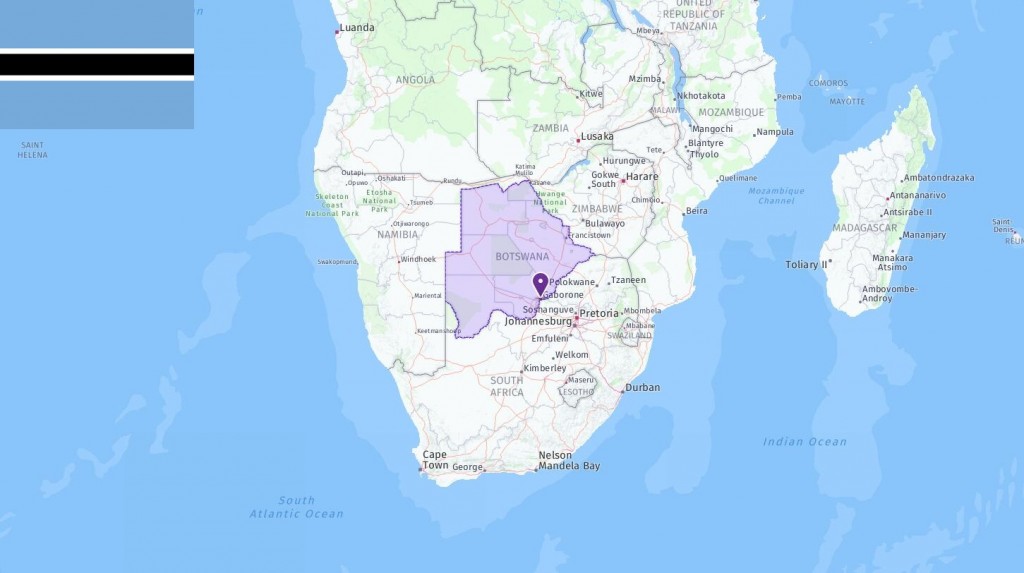 The most commonly used abbreviations about Botswana are BW which stands for Botswana and BWP which means Botswana pula (Botswana currency). In the following table, you can see all acronyms related to Botswana, including abbreviations for airport, city, school, port, government, and etc. 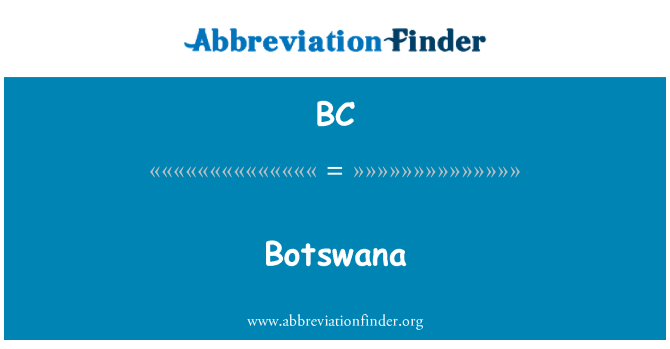 Botswana is located in southern Africa and is almost twice the size of Norway. The land is without coast and consists mainly of highland. The Kalahari Desert covers 70 percent of the land area and extends over the central and southwest parts of the country. Botswana also houses one of the world’s largest inland deltas, the Okavango Delta, which has been named one of Africa’s seven natural wonders. The water does not flow into the sea, but is absorbed by plants, evaporates or seeps into the ground and becomes groundwater. The water from the river makes plant and wildlife very rich, although Botswana has little rainfall.

Botswana is threatened with desertification and drought. Desert spread is due to the number of animals grazing too much in exposed areas, and the effect of this grazing is enhanced by global warming.

People have lived in Botswana for tens of thousands of years. Here lived the San people, one of the world’s oldest peoples. In the 19th century, Botswana was characterized by internal wars between various peoples. The establishment of various colonial powers in the area, in parallel with high immigration, led to pressure on the country, which in turn increased tensions. In 1876, the King of Botswana asked for British protection from a possible war with the Boere people in the Transvaal (South Africa). The British were not interested in this, but instead created a British protectorate to protect their own interests. This became today’s Botswana.

Only in 1966 did Botswana become independent and democracy was introduced. Other countries and foreign companies were quickly invited to build businesses and trade with Botswana. The 1970s marked the beginning of a period of economic growth. Foreign companies began extracting diamonds, copper and nickel from the country’s rich mineral resources. The transition from protectorate to independence took place in orderly form, without violence or major political conflicts. Seretse Khama became the country’s first president and is today considered the father of Botswana. His party, the Botswana Democratic Party (BDP), dominated politics. The BDP and the Khama family have been in power continuously since the country became independent.

With the same party in power for so many years, Botswana is seen as a stable country. The opposition, which consists of many small parties, has repeatedly tried to do something about the electoral scheme that clearly makes it easier for BDP to win.

In Botswana, 8 out of 10 belong to the population group of setswana, and a clear majority are Christians. The country has avoided both coup d’état and violent uprisings after becoming independent. Botswana has a well-developed system for health and education, with 10 years of compulsory education and good access to a doctor. Around half go on to high school.

Although there is little water, everyone has access to clean drinking water and over half have proper sanitary conditions. Although Botswana has a relatively high GDP per capita, the country is struggling with poverty and unemployment. Furthermore, one in three people are believed to be infected with HIV/AIDS, making Botswana one of the countries in the world with the highest prevalence of AIDS. Attempts have been made to fight infection by distributing medicines and having large information campaigns. This has produced results. The number of AIDS deaths was halved from 2005 to 2009. The number of orphans also decreases, as parents live longer with AIDS.

The political situation in neighboring Zimbabwe has led many to flee into Botswana. The UN believes that between 40,000 and 100,000 refugees from Zimbabwe live in Botswana without being registered.

Botswana is considered by the United Nations as a middle-income country. In addition to the country having experienced tremendous growth in the economy since independence, Botswana is the least corrupt country in Africa. The country has in recent years been ahead of European countries such as Spain, Portugal and Israel.

As Norway relies on oil, Botswana relies on mining to make money. Botswana is the country in the world with the highest production of jewelery quality diamonds, measured in value. Diamond production accounts for more than one-third of the country’s GDP, and 70 to 80 percent of export revenue. In addition, there are copper, gold, nickel and soda that are also mined and sold abroad.

Tourism also provides large revenue for the country. Wildlife is the main reason why tourists visit Botswana and photo and hunting safaris are popular. Especially the Okavango Delta, with its very rich and concentrated wildlife, attracts tourists. Although mining and tourism generate the most revenue, most Botswans work in agriculture.