Brasília has several universities, research institutes and a television station with a 280 m high television tower; Zoological Garden; Archbishopric. Since no industry was built up alongside administration, the service sector dominates (especially the public service, trade, finance and media). The city of Goiânia, founded further west in 1933, however, developed as an industrial center. A 40 km 2 large reservoir (Lago Paranoá) in the eastern part of Brasília secures the water and energy supply of the fast growing city. In addition to several satellite towns that have arisen from construction workers’ shelters, extensive slums have formed around the planned city. The connection to the coast and the rest of the country is maintained by roads and above all by airlines, there has been a rail link with Rio de Janeiro since 1967; 2001 Inauguration of the city subway, international airport. 2014 one of the venues for the soccer world championship.

The basic concept of urban planning (L. Costa) is based on a floor plan known as a “cross” or “airplane”, a 13 km long, parabolic main traffic axis with almost self-sufficient square residential areas (240 × 240 m) and one perpendicular to it running, intersection-free, 5 km long monumental axis, on the ministries, etc. Government buildings as well as theaters and the cathedral are located.

The representative buildings were designed by important architects of the era, headed by O. Niemeyer. The buildings are adapted to the climatic conditions and are characterized by unusual shapes, bold constructions and lightness (openwork facades) with simultaneous monumentality; between them are spacious parks. The Palácio da Alvorada, the residence of the President, is a glass and steel structure by Niemeyer with sculptures by Alfredo Ceschiatti (* 1918, † 1989) and Maria Martins (* 1900, † 1973). The President’s office is the Palácio do Planalto (Niemeyer). The Palácio Itamaraty (Ministry of Foreign Affairs), one of Niemeyer’s masterpiecescounts, has been modernized inside by Brazilian artists. The cathedral (Niemeyer), a rotunda, bears the monumentally stylized crown of thorns of Christ as the crowning of the roof. The interior of the Dom Bosco Chapel is given a special light effect by large windows made of blue glass. The National Theater (in the shape of an Aztec pyramid) and the Congress Center were also designed by Niemeyer. The UNESCO declared Brasília a World Heritage Site.

Soon after Brazil gained independence (1822) it was proposed to move the capital to the central areas of the country; since 1891 (Article 3 of the Constitution) the building of Brasília was planned. The final decision to relocate the capital was made in 1956. L. Costa won the national urban planning competition. On April 21, 1960, Brasília was inaugurated as the new capital of Brazil (successor to Rio de Janeiro). The construction of Brasília in the interior served as a starting impulse for the development of the Brazilian interior (Amazonia). 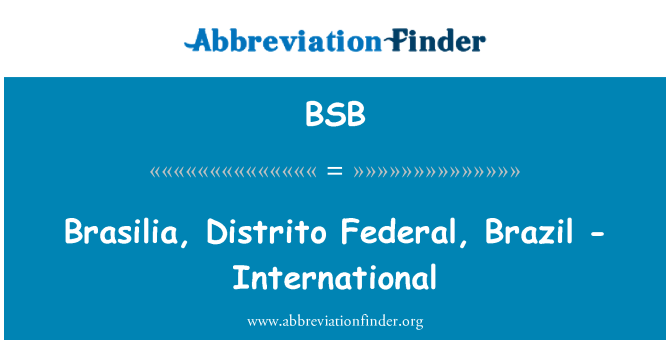