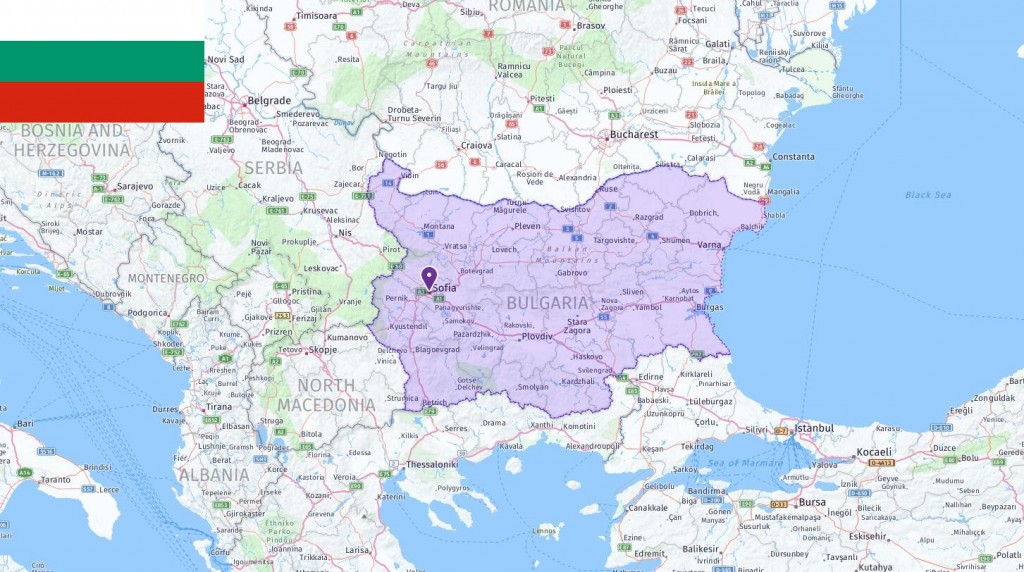 The most commonly used abbreviations about Bulgaria are BG which stands for Bulgaria and BGN which means Lev (Bulgaria currency). In the following table, you can see all acronyms related to Bulgaria, including abbreviations for airport, city, school, port, government, and etc. 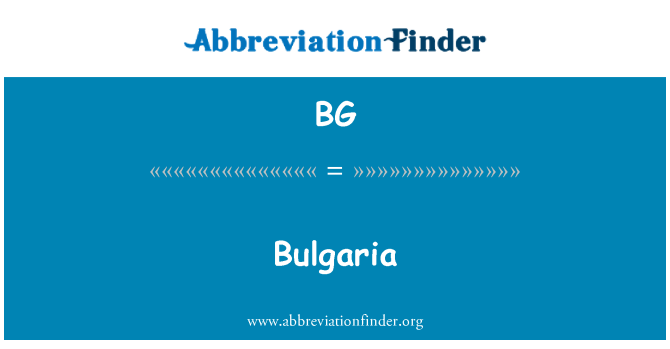 Bulgaria is located on the eastern Balkan Peninsula and has a coast towards the Black Sea to the east. Bulgaria consists of plains and mountains. About a third of the country is covered by forest. Large parts of Bulgaria have inland climates with hot summers and cold winters. In the south, and on the coast towards the Black Sea, the climate is more typical of the Mediterranean climate. The amount of rainfall spreads evenly throughout the year. In the north, and in the many mountains, snow falls in winter.

Air pollution from industry, sewage discharges into river flows and deforestation are among the country’s biggest climate challenges.

A Turkish horseman, the Bulgarians, immigrated in the 600s. The Bulgarians created the kingdom and named Bulgaria. At the end of the 12th century, the Bulgarian Empire was attacked by the Ottoman Empire. Bulgaria remained a Turkish province for 500 years. In the 18th and 19th centuries, the need to emancipate from Turkey grew. With the support of Russia, the Bulgarians succeeded in secession, in 1878 the independent Principality of Bulgaria was established under Turkey. After World War I, the country lost several regions to Yugoslavia. Then followed a long period of Boris III in power. He ruled as dictator until his death in 1943.

During World War II, Bulgaria declared itself neutral. The Soviet Union moved into the country in 1944. Communist takeover followed, and the king was deposed in 1946. Bulgaria went from being a monarchy to becoming a people’s republic. The economy was transformed into a plan economy with a major emphasis on industrialization and forced collectivization of agriculture from 1948. The one-party state was long a member of the Soviet bloc. The communist regime in Bulgaria ceased in 1990, and the first free democratic elections since World War II were held that year.

Bulgaria is a parliamentary-democratic republic. Bulgaria’s head of state is the president. The president is elected by direct universal suffrage every five years. There is a vote in the country. The president can only be re-elected once. The real political power lies with the government. The National Assembly has 240 members, and elections are held every four years.

Since the fall of the Communist regime, Bulgarian politics has been characterized by turmoil and the transition to market economy has been difficult for the country. Bulgaria joined NATO in 2004, and the EU in 2007. Then the economy of the country improved. Major challenges related to corruption, organized crime and high unemployment continue to characterize the country. The EU has made strict demands for improvements and has at times frozen the financial aid to the country. Living standards are relatively low and poverty is widespread. The situation is particularly difficult for those outside the workforce; pensioners, the unemployed and the disabled. The country also has a very high number of street children and orphanage children and treats Roma people less than other inhabitants.

After communism collapsed in 1991, Bulgaria began its painful and slow transition to market economy. By the 2000s, most of the industry had been privatized. The fall of communism ravaged the country’s economy, but by 2004 the economy had risen to the same level as before the fall. In terms of gross domestic product per capita, Belgium is the poorest of the EU member states.

After World War II, industry has been the most important industry followed by agriculture. Tourism is also an important industry for the country. Wheat, barley, rice, maize, fruit, vegetables and cotton are the most important agricultural products. One specialty is the production of rose oil. The industry is dominated by heavy industry. It is also a significant textile industry. Comprehensive corruption is still the major slowdown in Bulgaria’s economic development.