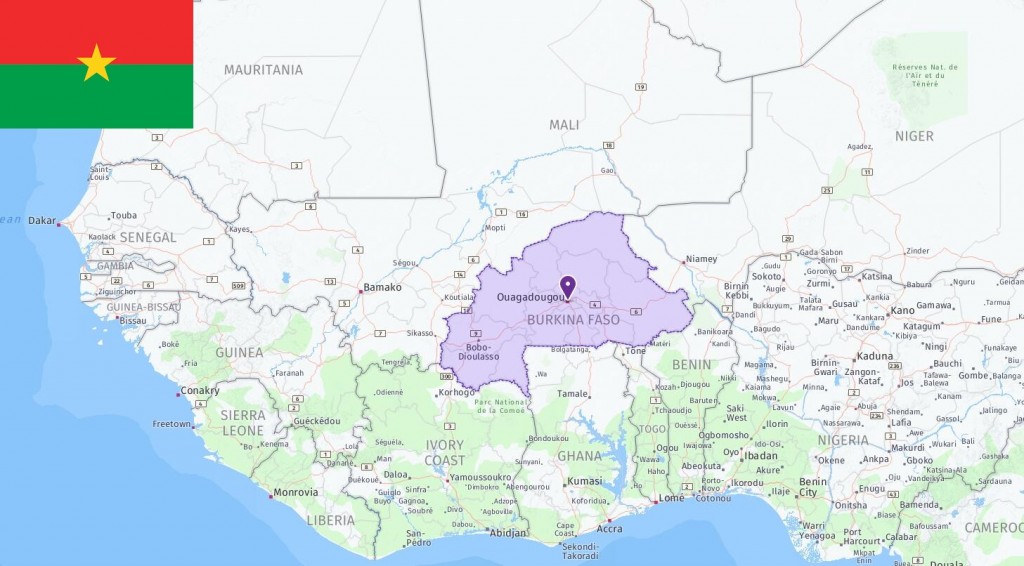 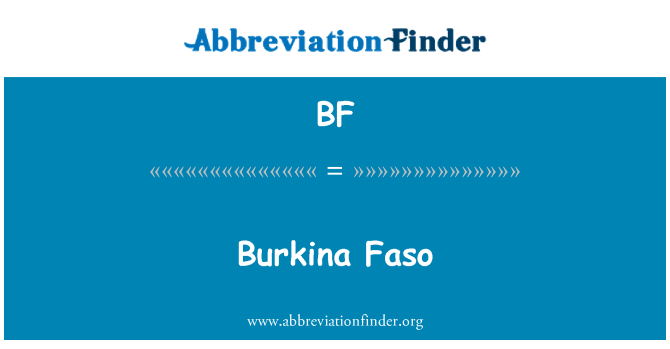 Burkina Faso is without a coast and is located in the dry Sahel belt in West Africa. Large parts of the country have savannah landscapes. The vegetation varies from humid savanna in the south to thorn bush and steppe in the north. The country has a rich wildlife including elephants, hippos, monkeys, antelopes, lions and leopards – in addition, there is a rich diversity of bird and insect species.

The country has a tropical climate with great differences between drought and rainy season. The average rainfall is small, and long droughts have made water a scarce resource. Desertification and erosion are serious environmental problems that destroy the arable land.

The Mossi kingdoms remained in power for over five hundred years, from the 15th century until the French colonized the country in 1904 and named it Upper Volta. The country became independent in 1960, and since then the country has been ruled by several military regimes.

In 1983, Thomas Sankara carried out a military coup and changed the country’s name from Upper Volta to Burkina Faso, meaning “the land of the honest men.” Sankara was considered a popular and very popular president, although he was not democratically elected. He carried out a revolution that redistributed lands from rich to poor, and made sure that the countryside was developed, with hospitals and schools. In 1987, President Sankara was killed by his closest associate, Blaise Compaoré. Since then, Compaoré was president until 2014, when he was deposed following popular protests.

In 1998, a newspaper editor was killed by the president’s security forces. The incident triggered a storm of protests from the opposition and civil society. President Campaoré lost much of the support and was forced to make the country more democratic.

Since 2012, neighboring Mali has been in conflict with Islamist and separatist rebel groups, which is why many are fleeing across the border to Burkina Faso. Since 2019, violence and terror in Burkina Faso have displaced hundreds of thousands from their homes.

Burkina Faso is a parliamentary republic, where the president is prime minister and can serve for two five-year terms, and the prime minister is the head of government. A democratic election was held in 2015. Terror and corruption permeate society, but the media and civil society are strong democratic forces that lead the country in the right direction.

About 60 different groups of people live in the country and have their own languages. The Mossi people make up almost half of the population. The Mossi people have traditionally had power both politically and militarily.

Burkina Faso is one of the world’s poorest countries. The worst is in the arid areas of the north, where two-thirds of all families live below the poverty line. Almost every tenth child who is born dies before the age of one. The health problems in the country are enormous, with malnutrition and access to clean water as the main challenges. Poverty has driven many Burkinians to flee to neighboring Ghana and Ivory Coast.

Burkina Faso has large reserves of cotton, gold and mineral manganese. Most of the gold is sold to Switzerland, which is therefore the most important trading partner. The country is still dependent on aid, and the industry is underdeveloped. Mineral resources are expensive to extract, and there is a long way to a port to export the goods. The money they earn is sent home and is very important to the country’s economy.

About 80 per cent of the population work in agriculture, which is why the country is completely dependent on rain. During the drought, hundreds of thousands of agricultural workers move to neighboring countries in search of work.

In the 1990s, Burkina Faso had to be subject to the structural adjustment program of the World Bank and the International Monetary Fund, in order to obtain a loan. The program required many state-owned companies to be privatized, and therefore there are fewer nationalized sectors than when Thomas Sankara was president in the 1980s.

Food and fuel price increases were an underlying cause of the uprising in 2011. The authorities introduced tax cuts and promised to lower prices, leading to a larger government budget deficit.