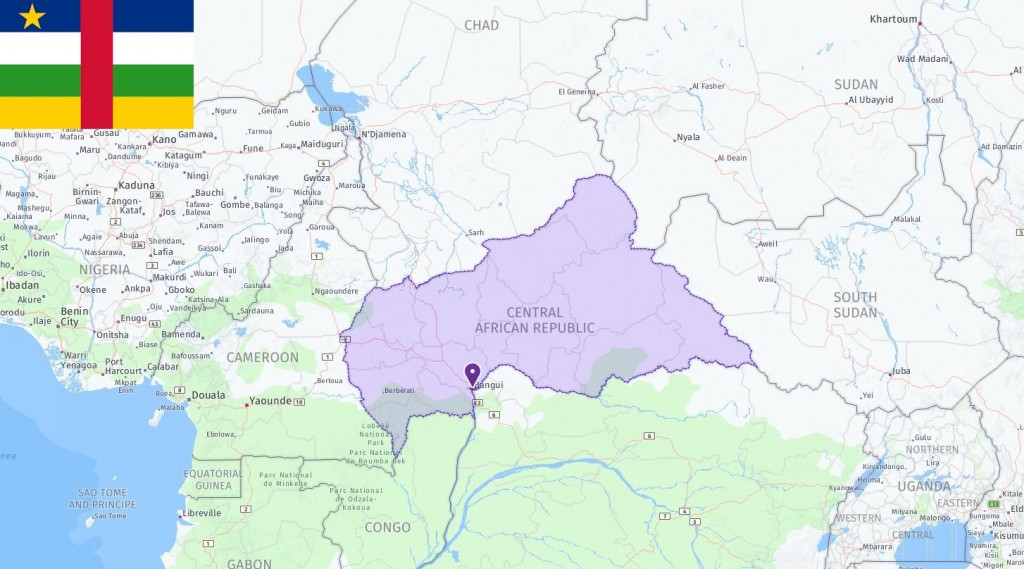 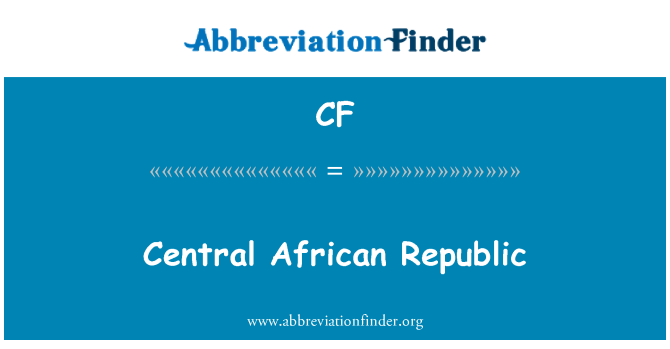 The Central African Republic is on a highland without a coast, in the middle of Africa. Nearly half of the land area is wooded, with tropical rainforest to the south. Large parts of the landscape are savannas with grass and narrow forest belts along the rivers. To the north, the Chari River flows with its tributaries, while the Oubangui River flows southward and forms the border with the Democratic Republic of Congo.

The Central African Republic has a tropical climate with temperatures of 24-27 degrees year-round. Each year, the country goes through longer drought periods and two rainy periods; these are from March to May and from July to September. Flooding can occur during the rainy season.

Contaminated drinking water, deforestation and desertification are major climate and environmental challenges for the country. The country was previously known to be one of the areas in the world with the best preserved unspoiled nature and species of wildlife, but today poaching poses a major threat to biodiversity.

Archaeological finds indicate that humans have lived in the area that today constitutes the Central African Republic for at least 8,000 years. The first settlers were probably nomads who changed their habitat regularly. In the 1600s, slave trade began in the country, as Arab-speaking traders expanded their trade routes to cross the region. France colonized the country in the late 1800s. Under the French rule, the local people were subjected to forced labor on plantations, forced relocation and brutal punishment methods when they rebelled against the colonial power.

After World War II, Barthélemy Boganda, as the first Central African, was elected to the French National Assembly. Boganda also started its first party in the Central African Republic, The Movement for the Social Evolution of Black Africa (MESAN). The party won the country’s first general election in 1957. Since the liberation from France in 1960, violent riotsand military coup prevented attempts to establish democracy. After the 2011 election, great political discontent arose against the Bozizé regime, which had been in power since 2003. The Séléka rebel coalition violently revolted, and carried out coups in 2013. After the coup, a transitional government was deployed, but violent clashes in several parts of the country made it difficult for the state apparatus to control the situation. The referendum in 2015 led to the creation of a new constitution, and in 2016 Faustin-Archange Touadéra was democratically elected president.

There has been civil war in the Central African Republic since 2012. Touadéra has worked since his inception as president in 2016, but conflicts between various ethnic and religious groups and the authorities characterize the political governance of the country.

Today, the country is considered to be a failed state, where the authorities have little control. The authorities are unable to offer citizens basic civil and political rights, such as the right to personal security and freedom of expression. The extent of violence and sexual abuse is large. Thousands have been killed and the refugee aid estimates that 1 in 4 has been run away. This is happening despite the fact that the UN and other international forces have been in the country on several occasions to try to maintain ceasefire and support the development of the country.

Today, about 80 percent of the population is employed in agriculture, forestry and fishing. Most of them operate small-scale farms for self-storage and local sales. Well over half of the population lives in absolute poverty (2008). The Central African Republic is one of Africa’s least developed countries despite large reserves of natural resources, including forests, diamonds, gold and uranium. This is due to political and economic mismanagement, but also to widespread corruption and undeveloped infrastructure.

Lack of coastline, train lines and a well-functioning road network make it difficult to trade. This hinders the country’s economic development. Goods are exported mainly out of the country by being transported by rivers and then into the Republic of Congo where they are shipped. France is the country’s most important trading partner and also provides significant financial assistance.