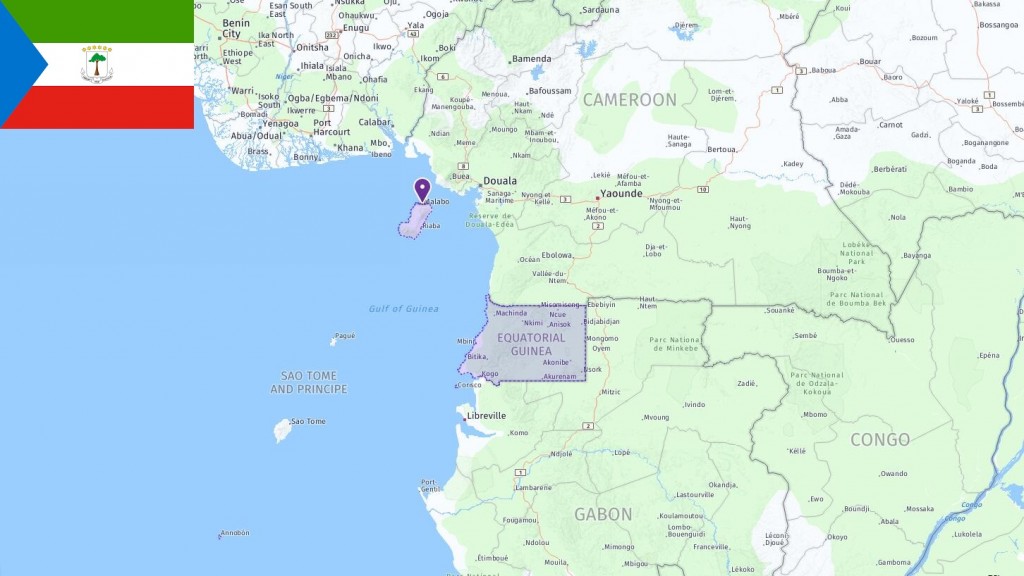 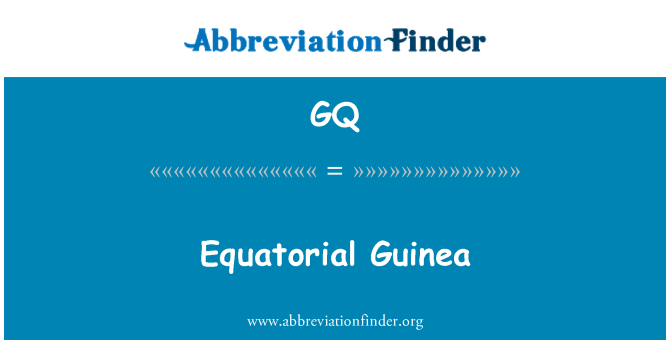 Equatorial Guinea consists of one mainland and five islands. On the largest island, Bioko, lies the capital Malabo. Around three-quarters of the population lives on the mainland, which is largely covered by rainforest. Bioko is a volcanic island and is covered in jungle. In the north there are coffee and cocoa plantations. The country has a tropical rainy climate and a rich animal and plant life. Developments in the oil and forest industry have created several environmental problems. Oil spills have damaged the coastline, and many of the country’s animal and plant species are threatened because large rainforest areas have been cut down.

Equatorial Guinea was populated by pygmies (population where the male average height is less than 150cm.) In the Iron Age. The country became a Portuguese colony in the 1400s, and was known as a shipping port for slaves for centuries. The two main parts of the country, the mainland and the island of Bioko, had a completely separate history until they became a Spanish colony in 1778. On the Bioko, the bubi people dominated, while the bujeba, belungue and the combe peoples had clan communities on the mainland. The Spaniards started coffee and cocoa plantations at Bioko. In the 1950s, the first nationalist parties in the colony were formed. They were dominated by the prisoners and demanded independence from Spain.

Equatorial Guinea became an independent republic in 1968. Francisco Macias Nguema became the country’s first president. He quickly developed into a brutal dictator. Around a third of the population was killed or fled the country during his reign. In 1979, the president’s nephew, Obiang Nguema, made the coup, and the former dictator was executed.

Obiang Nguema, who belongs to the largest ethnic group in the country, has in practice had all the power since the coup in 1979. The president’s relatives and clan members hold important positions in the government, for example, his son is vice president.

There have been riots and several coup attempts in recent years. After considerable international pressure, a new constitution and multi-party system was introduced in 1991. Nevertheless, free and fair elections have never been held in the country. The opposition is being pursued, and many have fled abroad.

In 2011, amendments were made to the Constitution, which now says that the president can only be elected for two terms of seven years. It is still unclear whether Nguema will comply with this law. Several organizations report serious human rights violations, the justice system is not free and torture is common.

Equatorial Guinea was formerly a poor country living on small scale farming and exporting cocoa, coffee and timber. After the discovery of oil and gas in 1995, the situation changed and the economy was one of the fastest growing in the world. Economic growth has made the country one of Africa’s richest on paper, but almost all the money has gone to the president and his immediate family and employees. The rest of the population is still living in extreme poverty. Equatorial Guinea therefore receives much assistance. After it became known that aid funds are being abused, the World Bank, the International Monetary Fund (IMF) and other donors have withdrawn from the country.

Today, oil and gas is the country’s most important export commodity. The dependence on oil caused economic growth to stop when oil prices began to fall in 2013. Today, economic policy is about expanding several industries, in addition to oil and gas.

The UN Association is offering a role-playing game for the 2019-20 school year in which students will try to resolve a conflict in the Security Council (Iran and the nuclear issue). Equatorial Guinea is a member of the Security Council, and the sections below are information related to this game.

Equatorial Guinea has a close relationship with France, and the two countries have agreed to work closely with the Security Council. Both the US and China are major investors in the country and are important to the economy. It is therefore of interest to Equatorial Guinea to maintain a good relationship with these great powers. The African countries in the Security Council also often come together to collaborate on various issues.

Equatorial Guinea, like most other Security Council countries, is concerned that the nuclear deal with Iran will be destroyed as a result of the US withdrawal. Equatorial Guinea is also afraid of the consequences of a possible armed conflict between the US and Iran, and of the conflict affecting shipping and oil transport through the Persian Gulf.

In a post on nuclear disarmament in the Security Council on 02.04.2019, Equatorial Guinea emphasized that the country does not have or want to acquire such weapons in the future. The country is a strong supporter of the Non-Proliferation Treaty, but is critical to the agreement being used unilaterally to try to prevent new countries from acquiring such weapons, while no similar demands are made for disarmament by the nuclear weapons states. The fact that countries are treated differently under the Non-Proliferation Treaty helps to weaken the principle of equality between the states in the world community.

Equatorial Guinea is a proponent of the nuclear-free zone in various geographical regions and is itself a member of the nuclear-free zone in Africa. The whole world should be declared as such a zone, according to Equatorial Guinea. The country also believes it will be useful with a separate international agreement that ensures that uranium exported from countries in Africa is not used for military purposes elsewhere in the world.

In his speech to the Security Council in April 2019, Equatorial Guinea expressed support for the UN Secretary-General, which has presented its own agenda for UN disarmament work in the years to come. This report (published in May 2018 under the title “Securing our Common Future”) contains many recommendations on nuclear disarmament that Equatorial Guinea believes the world community should follow up in the time to come.