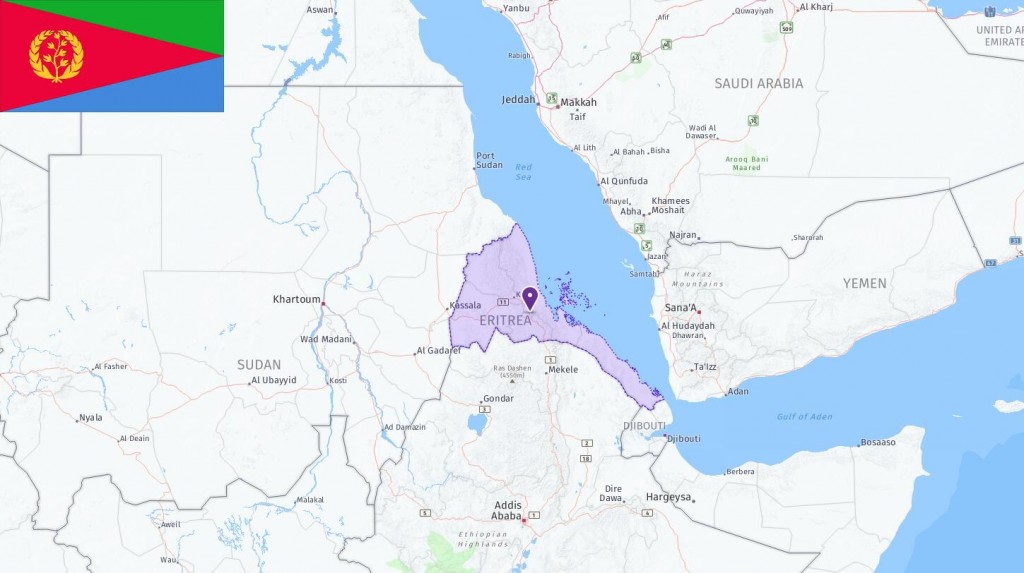 The most commonly used abbreviations about Eritrea are ER which stands for Eritrea and ERN which means Nakfa (Eritrea currency). In the following table, you can see all acronyms related to Eritrea, including abbreviations for airport, city, school, port, government, and etc. 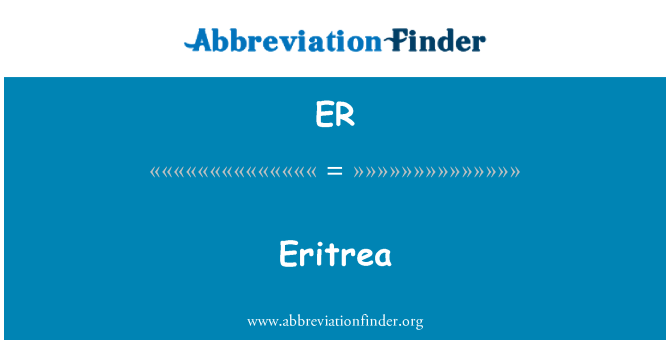 Eritrea is a narrow and dry coastal country. The country is in the tropical climate zone, but the temperature varies widely with the height above the sea. The lowland in the south is part of the Daniak desert, which is partly below sea level. Here the climate is warm and the temperature can reach up to 50 ° C. Nature consists of treeless steppe and desert vegetation. The fertile highlands of the north are part of the northern Ethiopian plateau. Here, the climate is temperate and the average temperature is 16 ° C.

Lack of water is a major problem in Eritrea. The country has repeatedly been hit by drought disasters. This has affected agricultural production and led to famine in the population.

There are several serious environmental problems, such as rapid forest cutting, desertification, overgrazing and soil erosion. Large parts of the highlands were previously covered by coniferous forests, but they have almost disappeared due to land utilization for agriculture and settlements. Another serious problem is the many landmines left after the war, which make it difficult to farm in several places.

Eritrea is one of the youngest nations in the world, but the area has been populated for millions of years. Various parts of Eritrea were formerly part of various local state formation until the country gained its independence in 1993. The country’s culture has been influenced by both Ethiopian state formation and various Arab state formation on the other side of the Red Sea.

Italy occupied Eritrea in 1885, and the Italians remained in the country until they were chased out by British forces during World War II. Eritrea was a British protectorate until the UN decided that the country should form a federation with Ethiopia in 1952, but at the same time be an autonomous territory.

After 30 years of liberation struggle, Eritrea was liberated by the rebel group Eritrean People’s Liberation Front (EPLF), which cooperated with groups that simultaneously overthrew the military regime in Ethiopia. With the support of the new Ethiopian government, the state of Eritrea was established in 1993. There was a border war between the countries in the period 1998-2000. In 2018, the Government of Ethiopia declared that they accepted the boundary set by a UN-supported commission between Ethiopia and Eritrea. The agreement on this border was the beginning of the end of the long conflict between Ethiopia and Eritrea.

Eritrea has a 1997 democratic constitution, which also contains human rights. But the Constitution never came into force. Instead, Eritrea developed into a one-party authoritarian state, where the people are oppressed and all opposition is banned. All power lies with the president, Isaias Afwerki, and the People’s Front for Democracy and Justice (PFDJ). Afwerki has so far been Eritrean’s only president. He was one of the leaders of the liberation movement.

National elections have been scheduled but are postponed indefinitely. Citizens’ freedom of expression, movement and religion are very limited. There is no freedom of the press. Legal security in the country is poor and the courts are controlled by the regime. Thousands of political prisoners are jailed without a sentence. The population’s right to privacy is violated through constant surveillance. Particularly serious is the forced military and community service, which in practice can lead to military service throughout working life under slave-like conditions.

The Eritrean economy is based on agriculture, which employs 80 percent of the population. This makes the country extremely vulnerable as the country is very prone to drought. The country has many natural resources, but they are used to a small extent. The country is rich in gold and other valuable minerals, and the country is believed to have oil and gas in the Red Sea. Domestic industry is small and exports limited. The vast majority live on agricultural production for their own use, but it does not produce enough to feed everyone.

Half a century of war or war-like state has destroyed roads, cultivated land and other infrastructure. The country’s isolation and lack of democracy make it difficult to attract foreign investors. The mining industry is an exception and has given the country economic growth.