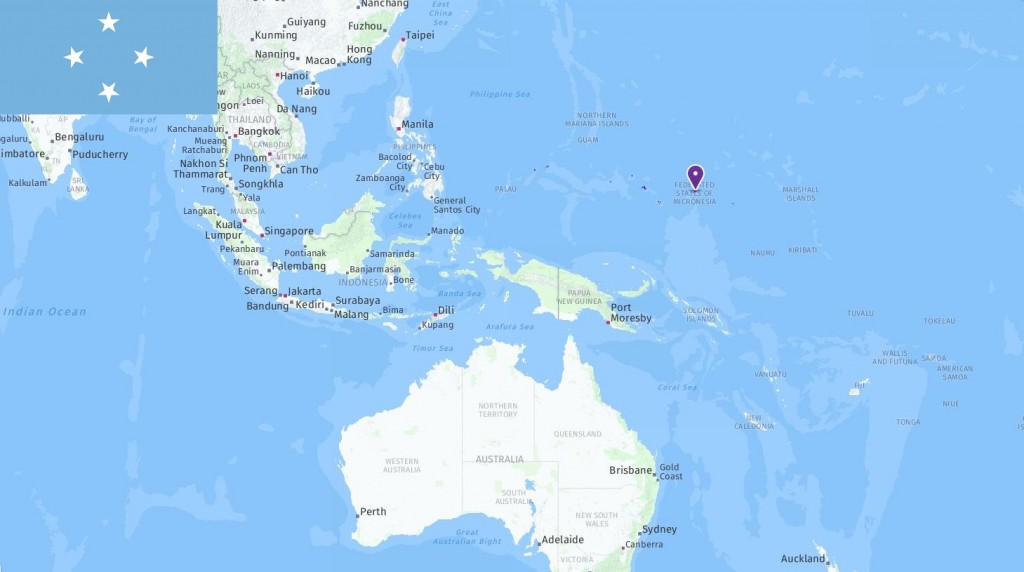 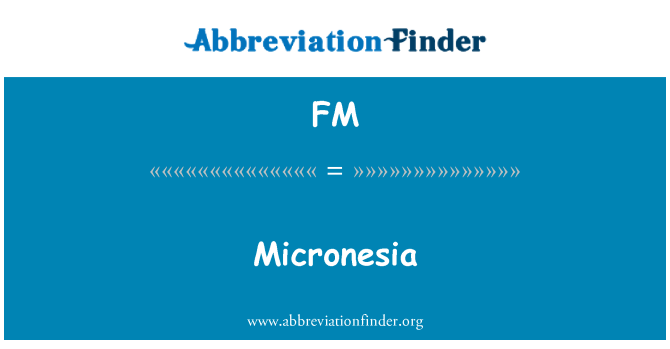 The Micronesia Federation consists of 607 islands in the eastern and central parts of the Carolinean archipelago, east of the Philippines. The islands are divided into four groups, Yap, Chuuk, Pohnpei and Kosrae. These also constitute the country’s four states. The islands of Pohnpei, Kosrae, as well as the islands of the Chuuklagun are rich in mountains and of volcanic origin. The main island of Yap, on the other hand, is of continental origin. Almost all the remaining islands are flat coral atolls.

The country’s largest island is Pohnpei, which alone covers nearly half of the entire federation’s area. The climate is tropical and it is warm year-round. It is raining a lot and Pohnpei is known to be one of the world’s most humid places with an annual rainfall of 4900 mm. The islands are very prone to natural disasters such as hurricanes and droughts. Several of the lower-lying islands are also expected to disappear entirely due to sea level rise.

The Micronesia Federation was populated around 1000 BCE. Peoples from the Philippines or Indonesia joined the Yap archipelago, while people migrated north from Fiji and Vanuatu to the other islands. The community of the archipelago of Yap has evolved beyond the twentieth century to become an extensive empire with great influence over the region. The kingdom had a caste system, and a unique type of economy based on a trade and barter culture. At the same time, extensive defenses and religious centers were built on the islands of Pohnpei and Kosrae.

In the 16th century, Portuguese sailors discovered the islands. Shortly after, Spanish seafarers arrived and founded the first colonies in the area. In 1899, Germany bought the islands from Spain, before Japan occupied the area in 1914. During World War II, the islands were re-occupied, this time by US forces. Up until the country’s independence in 1979, they belonged to a UN-controlled area managed by the United States. Micronesia has had some connection to the United States since 1986 through a free association agreement. The United States has access to the strategically located islands, against managing the country’s defense and providing financial assistance.

The supreme legislative authority of the Micronesia Federation is a congress of 14 senators. Four senators are elected by the states and sit for four years. The remaining ten are chosen for two years from smaller circles, broken down by population. The executive is a president, elected by Congress from among the four state representatives. The presidential office switches between the states. In Congress there are no political parties, and it has very little power in local affairs. Each of the four states has a high degree of autonomy. The states also have distinct cultural and historical traditions.

Micronesian society is still characterized by a traditional culture, where the social rank of the inhabitants is largely determined by the hierarchy within the clans. The traditional clan structure has become less important in recent years, but especially among the older ones, the culture has been preserved. Despite the fact that gender discrimination is illegal, women are often subordinated to men. Especially in politics and other positions of power, the proportion of women is very low. The country lacks anti-discrimination laws for sexual minorities, and homosexuality is prohibited and punishable.

The Micronesia Federation has a small business development. The country relies entirely on US financial support. This support has been gradually reduced, and especially on suspicion that the aid money has been used for corruption. Among other things, the health care and education sectors are mainly funded by US aid, and although the country wants to free itself, they have little to fall back on. The difference between poor and rich has also become a major problem for the country,

The most important industry in the Micronesia Federation is the fishing industry, and the sale of fishing licenses to foreign players. Many also engage in agriculture, but this industry is mostly for their own use. The country has a large trade deficit, as imports are several times greater than exports. In the future, it is believed that the tourism industry may become the most important industry. However, the lack of infrastructure and the country’s isolated location have made it difficult to develop the industry on a large scale as of today.