Fort Lauderdale is called America’s Venice because of the city’s 50 mile long canal system. The beach is important in Fort Lauderdale and a plus for families with children. It is surrounded by an elegant boardwalk with palm trees and opportunities for water sports and deep sea fishing. The sports enthusiast has access to all the world’s water sports, and there are fantastic golf courses in the immediate vicinity. Fort Lauderdale has a rich cultural life and lots of galleries and exhibitions.

Fort Lauderdale is the “American way” in a more sophisticated package.

Get to know Fort Lauderdale

Up until the 1980s, Fort Lauderdale was best known for the beach, cheap souvenir shops, fast food restaurants and bars with “wet T-shirt contests” and similar events. This attracted primarily the country’s college students, who, around Easter, invaded Florida in general and Fort Lauderdale in particular.

Traveling to Fort Lauderdale at this time was a tradition among students, created as early as the 1930s, and later enhanced by films such as “Where the boys are” in the 1960s. In 1985, about 300,000 students were on springbreak in Florida. This became too much of a good thing for the residents of Fort Lauderdale, and rules were introduced against drinking alcohol in public places.

Today’s Fort Lauderdale is completely different and more enjoyable. An ambitious program has made Fort Lauderdale a brilliant destination with everything we associate as positive with America. But the concept is more European than in many other holiday resorts in the United States.

There are less than 200,000 people living in Fort Lauderdale, and as usual in the United States, they are spread over a larger area. It is convenient to rent a car to get the most out of your visit, but buses, taxis and taxis can also arrange transport for you if you do not want to drive yourself.

Taxi boats are a good vehicle for the 50-mile-long canal system. You can reach more than 3,000 restaurants in Fort Lauderdale this way. On the tour you will also see some of Fort Lauderdale’s over 40,000 registered boats and the luxury villas on the beach.

The most popular area to live in as a tourist has the same name as the city. This section starts at Seabreeze Boulevard to the south and the entrance to Port Everglades. Here the cruise boats embark on their trips to the Caribbean. Seabreeze Boulevard continues north approx. five miles to Lauderdale-by-the-sea. Especially the beach and boardwalk are nice in Fort Lauderdale. In recent years, it has been upgraded to tens of millions of dollars and is embellished with palm trees.

Simple bars and souvenir shops have given way to more elegant shops, nice restaurants and many outdoor restaurants. Especially on what is called the Strip between Las Olas Boulevard and Sunrise Boulevard you will find everything from food, shopping and nightlife.

A newer mall and entertainment complex, Beach Plaza, has plenty of restaurants, bars, discos and clubs mixed with trendy boutiques. Here are also the best hotels in the city. The rule is that the closer to the beach, the more expensive.

In Lauderdale-by-the-sea there is a slightly more relaxed atmosphere. The hotels are smaller (and fewer) and the area has a more American roots. It is no more than approx. 6500 permanent residents here.

The area has the same fine beach as in Fort Lauderdale, and proximity to the more hectic nightlife of Fort Lauderdale makes this an attractive area for many.

A few miles inland from the boardwalk and Ocean Boulevard is Downtown. Here, office complexes dominate, and there is a lot of activity during the day. But even after office hours, people are moving because there have been more cultural offerings and more opportunities for nightlife in recent times.

Here in Downtown are a few hotels, not least because most tourists prefer to stay closer to the beach.

Las Olas Boulevard stretches from Downtown to the boardwalk and is perhaps the most charming street in Fort Lauderdale. It has a nice mix of design shops, restaurants with food from all over the world, antique shops and beauty salons. It’s a kind of edition of Rodeo Drive in Beverly Hills.

The “hottest” area today is said to be the Las Olas Riverfront and the Broward Center for the Performing Arts, which have grown together into a major entertainment center on the New River Canal. The Riverfront Inn offers entertainment, cinemas, restaurants and shops. Along Second Street is a multitude of music bars playing blues, rock Irish folk and much more. 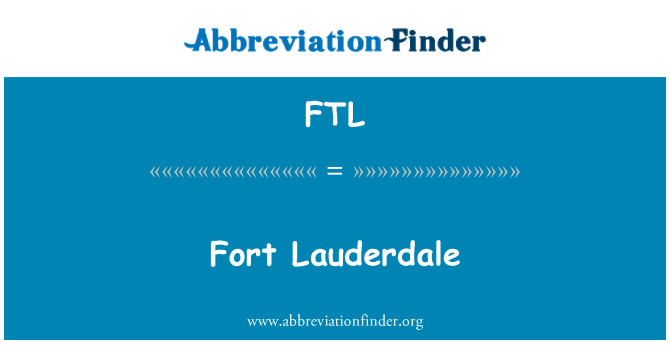