Seat of the South African Development Community (SADC); Seat of a Catholic and an Anglican bishop; University (“University of Botswana”; founded in 1976); Center of a cattle breeding area with tannery, leather processing, automobile assembly and brewery; international Airport.

Gaborone was built as a station on the Cape Town – Rhodesia railway line. In 1965, the city, largely planned on the drawing board, was named the capital of the British protectorate Bechuanaland, replacing the previous capital Mafeking (Republic of South Africa), which was outside the actual protectorate. Gaborone has been the capital of the Republic of Botswana since 1966. 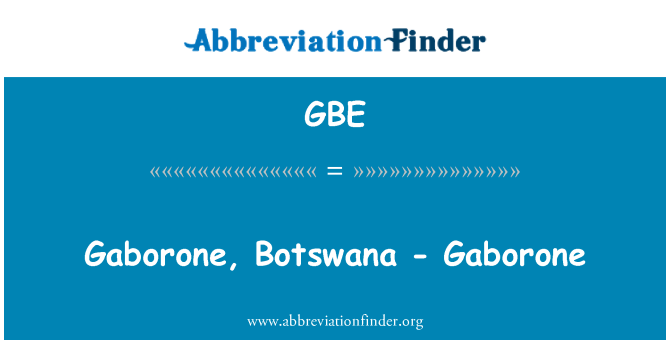