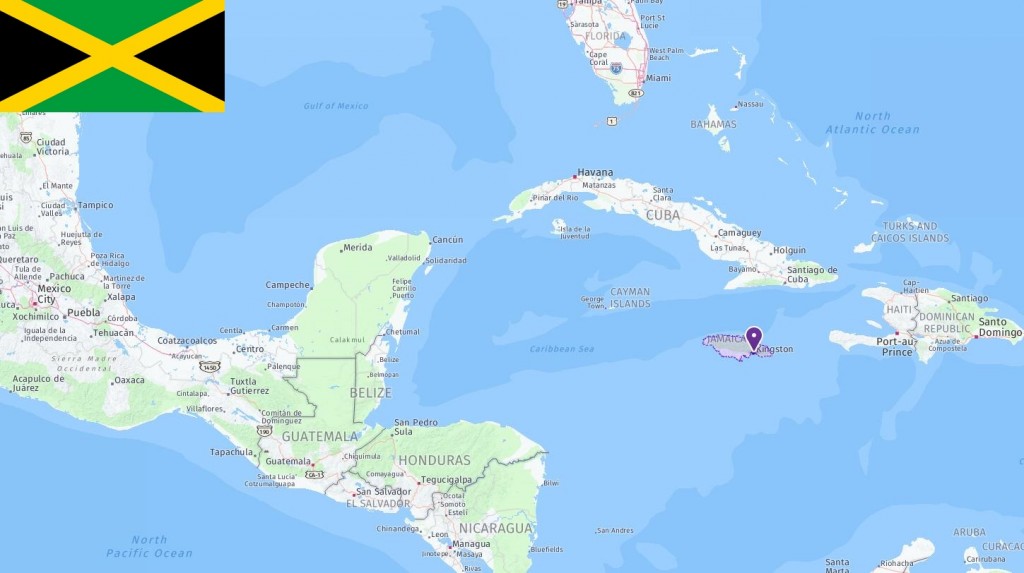 The most commonly used abbreviations about Jamaica are JM which stands for Jamaica and JMD which means Jamaican dollar (Jamaica currency). In the following table, you can see all acronyms related to Jamaica, including abbreviations for airport, city, school, port, government, and etc. 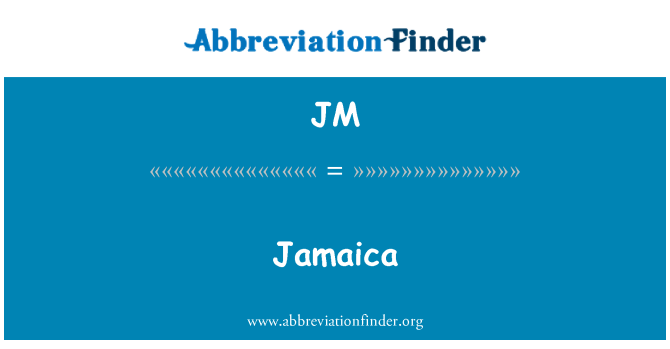 Jamaica is the third largest island in the Caribbean. The landscape is characterized by mountains and hilly terrain. In the east, the highest mountain peaks over 2000 meters above sea level. Along the coast lies a narrow lush coastal plain. The many rivers that flow down from the mountains create several large waterfalls. The west and south coasts are protected by coral reefs that have created white sandy beaches. The climate along the coast is tropical hot and humid all year round. In the mountains, the climate is more temperate with clear differences between the seasons. In the autumn, strong winds from the southeast can create major devastating storms. The majority of the precipitation comes from October to November.

Jamaica is regularly exposed to earthquakes and major tropical storms. From June to November, it is common for the island to be directly affected or affected by hurricanes in the region. In 1988, the island was hit hard by Hurricane Gilbert. The hurricane led to major devastation, demanding 45 lives. The biggest man-made environmental challenges are pollution of the island’s freshwater and ocean areas. Poor handling of garbage, waste from industry and mining, as well as oil spills has led to harmful pollution in several places on the island.

Jamaica was inhabited around 1000 BCE. by an Arawak-speaking people. The indigenous people lived in villages ruled by chiefs. After the Spaniards came to the island in 1494, the indigenous people were completely exterminated. To obtain labor, thousands of West African slaves were brought to the island. When Britain took over control of the island in 1655, most of the slaves fled into the mountains to live as free peasants. The British and Maroons, (as the escaped slaves were called) had several armed conflicts until 1739, when the Maroons gained limited independence. The British carried more and more slaves to the island. European descendants retained control of the island until 1938, despite being only 1% of the population. Throughout the 1940s and 1950s, the colored population increased their participation in politics, But the island remained economically and politically dominated by foreign (mainly British and American) companies and interests. In 1962 Jamaica gained independence from the United Kingdom.

Since independence, the country has been characterized by social unrest, widespread crime, political conflicts and an unstable economy. Throughout the 1970s, the economy was weak and crime increased rapidly. The unstable situation in 1980 resulted in violent riots in which over 500 people were killed.

Jamaica is a parliamentary democracy, and a constitutional monarchy. As Jamaica is a member of the British Commonwealth, the head of state is the British monarch. The executive power in the country lies with the prime minister, who is appointed by the elected part of the national assembly.

Jamaica focused early on establishing a welfare system for all its inhabitants. Already in 1938, a minimum wage was introduced, and in 1966 a system for retirement pension and insurance was introduced. Despite this, the country has major social problems. Crime is a widespread societal problem, and especially the capital, Kingston, is strongly characterized by gang crime. The link between drugs and crime is clear. Both drug trafficking and drug abuse are extensive. Women’s oppression, sexual harassment and abuse are another major societal problem. Women are underrepresented in politics, and in working life, women earn on average much less than men. Sexual minorities have few rights and are regularly subjected to hatred and discrimination. Homosexuality can be punishable by up to ten years in prison.

Jamaica is known for the rastafari movement, which emerged as a mobilizing response to the oppression of the colored population. The most familiar form of Rastafari movement is the reggae music.

Jamaica’s economy has since the 1960s evolved from being completely dependent on agriculture to relying more on the mining industry, tourism and money that Jamaicans living abroad send home. Agriculture still plays an important role in the country’s economy, and sugar and bananas are mainly grown. Since the 1960s, Jamaica has become a world-leading aluminum supplier, exporting bauxite and alumina. The economy is very vulnerable to changes in export prices on the world market. Jamaica also has a large informal “black” economy (illegal sales and trade that are not taxed). Some estimates show as much as 40 percent of the country’s gross domestic product is “black.”

Since the 1990s, economic growth in Jamaica has been slow. Major social unrest, lack of state control and major natural disasters are the main reasons for the weak economic growth. The proportion of poor people in the country has decreased, but the decline is slowing. Around 20 per cent of the population lives below the national poverty line. Unemployment among young people is around 30 per cent. This is seen as one of the main reasons why the country has a problem of gang crime, drug use and sales.