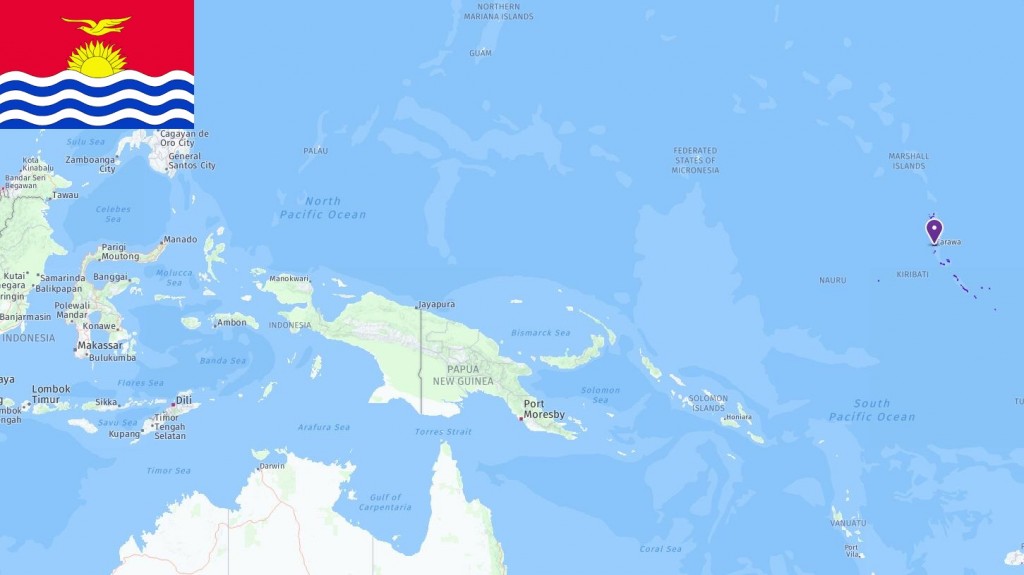 The most commonly used abbreviations about Kiribati are KI which stands for Kiribati and AUD which means Australian dollar (Kiribati currency). In the following table, you can see all acronyms related to Kiribati, including abbreviations for airport, city, school, port, government, and etc. 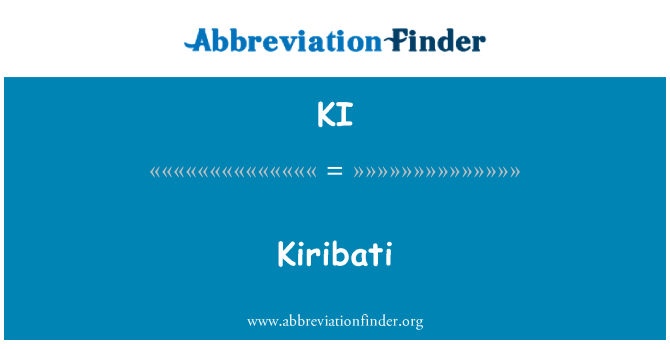 The island state of Kiribati consists of 32 coral atolls divided into three groups plus a larger island, spread across a vast area of ​​the Pacific Ocean. Kiribati covers an area both north and south of the equator. In addition, the country extends both east and west of the 180 degree meridian (which marks the distinction between the eastern and western hemispheres). This makes Kiribati the world’s only country on all four hemispheres of the earth (east, west, north and south). The coral tolls are the remaining peaks of ancient submarine volcanoes, and most are just a few meters above sea level. The only notable height, 80 meters above sea level. is located on the island of Banaba. The climate is tropical hot and humid all year round. The amount of rainfall varies depending on the season and the location of the islands, and prolonged drought is a recurring problem.

The biggest environmental challenge for Kiribati is sea level rise. Calculations show that the entire country will be uninhabitable within 50 years, if sea level rise continues as it does today. To prevent the atolls from being washed out into the sea, the government is actively planting new mangrove forests along the coasts. However, the consequences of sea level rise are inevitable in the long run. The government is therefore working on an evacuation plan for the entire population.

Kiribati was populated around 3000 BCE. of seafaring people from Asia. The main stream of new settlers came from Samoa around 1200. As Kiribati covers a vast area, the early settlements had different cultures and traditions. Traditionally, several chiefs over one or more islands prevailed. Most of these communities were matri-linear, with the chieftaincy title and the earth inherited from the mother’s side of the family.

The first Europeans to discover the islands were Spanish seafarers in the 16th century. In the 19th century, whalers used the islands as a base during the sperm whaling and from 1900 large scale production of phosphate was started. The islands were annexed by the United Kingdom from 1880 and gained the status of crown colony in 1915. During World War II, Kiribati was occupied by Japan, becoming the center of some of the largest US-Japan naval battles in the entire Pacific region. The Crown Colony gained inner autonomy in 1971, and gained independence as the Republic of Kiribati in 1979.

The Constitution of 1979 states that Kiribati is a republic. The president is the head of state and government and appoints all the judges of the country. The presidents also appoint the government. Kiribati has no political parties; instead, politics is loosely organized into alliances that are primarily based on family ties and geographical affiliation.

The Kiribati community is characterized by major shortcomings and challenges. The land has poor soil, low cultivable land and poor access to fresh water. At the same time, the country is experiencing strong population growth. These challenges make many people choose to relocate to the capital in the hope of finding work and easier access to food and water. The result has been large slums in and around the overcrowded capital. Around 21 percent of the population lives below the national poverty line, while around 13 percent live in extreme poverty. The country also has major regional differences, with a lack of health services, infrastructure and educational institutions in the districts. Lack of treatment plants has led to pollution and a great risk of spreading diseases and viruses throughout the country.

Kiribati is considered one of the least developed countries in the world. The vast distances between the islands make it difficult to develop the economy. In addition, the relocation to the capital has put extra pressure on natural resources, access to food, and employment opportunities in the overpopulated and underdeveloped city. The country is completely dependent on international assistance to maintain its health care, infrastructure, industry and economy.

The people of Kiribati live mostly from agriculture and fishing for their own consumption. Only a small part of the country’s industry and agriculture is suitable for export, which has led to a trade deficit (they import more than they export). The most important revenue for the state is the sale of fishing licenses to other countries (they allow other countries to fish in Kiribati waters for a fee). Also, money sent home from Kiribatians working abroad is an important income for the country. Tourism is a focus area, but lack of infrastructure, and pollution around the most populated islands, has slowed the development of this industry.