Lima, capital of Peru and the department of the same name, in the Pacific coastal plain, 150 m above sea level, above the mouth of the Río Rímac. Lima forms an agglomeration (Área metropolitana) with (2017) 9.5 million residents with the port city Callao to the west.

The large influx of immigrants from rural areas has caused the development of extensive hut districts, especially since 1940 (earthquake): Around half of the population lives in the outskirts of the city, illegally established, but subsequently almost always legalized and structurally consolidated (first foundations in the 1920s – Years in the desert, agriculturally unusable area) as well as in the inner-city slums (Tugurios). Public measures of the simplest housing construction have so far not provided any remedy. Water supply (water pipes from the high Andes) and infrastructure are also major problems. Lima is the country’s most important cultural center. It has a Catholic archbishopric, numerous universities (including the oldest in South America, founded in 1551, and the Pontifical University, founded 1917), scientific academies, research institutes, three German schools, national library and archive, museums (including the Rafael Larco Herrera archaeological museum), radio and television stations. Greater Lima is the most important economic center of Peru: as the seat of all major Peruvian banks and insurance companies as well as the Peruvian Stock Exchange, it is the dominant service center in the country; around 50% of industrial companies and industrial workers, oil refineries, electrical engineering / vehicle construction, textiles / clothing, chemicals / plastics, food are located here. The informal sector has a high share of the workforce. Lima’s port in Callao is one of the most important fishing and trading ports in South America, where around three quarters of Peru’s imports and exports (crude oil, copper, iron, silver, zinc, lead, cotton, Sugar and coffee). Lima is the most important transport hub in Peru (on the Carretera Panamericana; Rail connection via La Oroya with Cerro de Pasco and Huancayo); Jorge Chavez international airport.

New buildings have completely changed the colonial cityscape, but the old floor plan (checkerboard scheme) has been preserved. UNESCO declared the city’s historic center a World Heritage Site. The oldest part of the Santo Domingo Monastery has a church from 1549. The San Francisco Monastery is one of the largest monastery complexes in Latin America; it has three churches (San Francisco, La Soledad and El Milagro) with cloisters, courtyards and monastery buildings, important art collections and a library. The monastery (founded in 1535) had to be completely rebuilt after an earthquake (1656); the church of San Francisco was completed as a richly decorated baroque building in 1672, the main facade, the “altarpiece portal” with two towers, was built in 1664, the two-storey cloister in Mudejar style is clad with azulejos in the base zone. Franciso Becerra) at the Plaza Mayor, damaged by earthquakes in 1606 and 1609 and completed in 1624–26 under the direction of Juán Martínez de Arrona and Pedro Noguera, was partly rebuilt by Juán de Rher after the earthquake in 1746 (bell towers and domes by Pedro Antonio de Molina completed in 1794–97 based on designs by Luis de Lorenzana; choir stalls 1624–26). On the southeast side of the Plaza Mayor is the baroque Sacrament Church (Capilla del Sagrario, 1663–84, by Diego de Maroto) with bell towers. The churches of La Merced (1697-1714) and San Agustín are built in the Churrigueresque style. The Casa de Pilatos (16th century) is one of the oldest secular buildings in Lima. The Torre Tagle Palace (around 1735) is the best preserved example of secular colonial architecture. Well-preserved residential buildings are the patio houses on Jirón Conde de Superunda with classicist, closed wooden balconies; the Palacio de la Exposición (1870–72) represents the construction of representative public exhibition halls, which was also common in Europe in the 19th century. The architecture in the neo-colonial style dates from the first half of the 20th century and is based on historical models from the colonial era: Archbishop’s Palace (1916–24, R. de la Jaxa Malachowski) and the town hall (1939–44, E. Harth-Terré). Modern buildings: Ministry of Education (1955, E. Seoane Ros) as well as Mulder House (1983–85) and Banco de Crédito (1983–88, both from Arquitectonica).

The city was founded on January 6, 1535 as Ciudad de Los Reyes by F. Pizarro and built according to his plan, also called Lima after the Río Rímac. Due to its convenient location, it became the capital of the Viceroyalty of Peru and the center of Spanish-Creole culture in South America, an archdiocese since 1545; In 1551 the San Marcos University was founded. The wealth of silver from Potosí gave rise to a city in the Baroque style, which was destroyed by numerous earthquakes(including 1687, 1746). Lima was the center of Spanish power during the struggle for independence. After the defection of Spain, the citizens remained conservative. The dismantling of the Guan camps brought Lima new wealth towards the end of the 19th century. the Saltpeter War (1879–83) led to the occupation of Lima by the victorious Chileans and severe damage to the city. In the 1920s, the city was redeveloped under President A. B. Leguía. Since the beginning of the 21st century, the face of the city has changed further with the construction of numerous modern (glass) high-rise buildings, especially in the financial district. 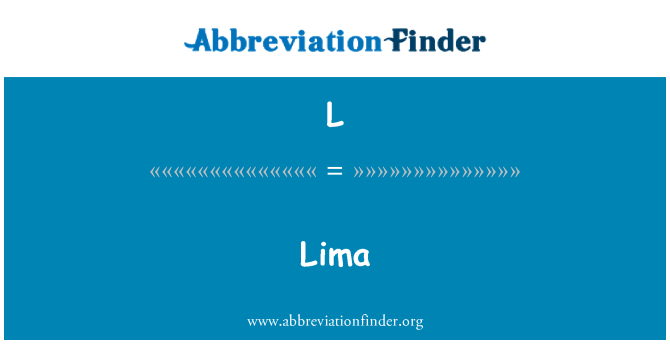