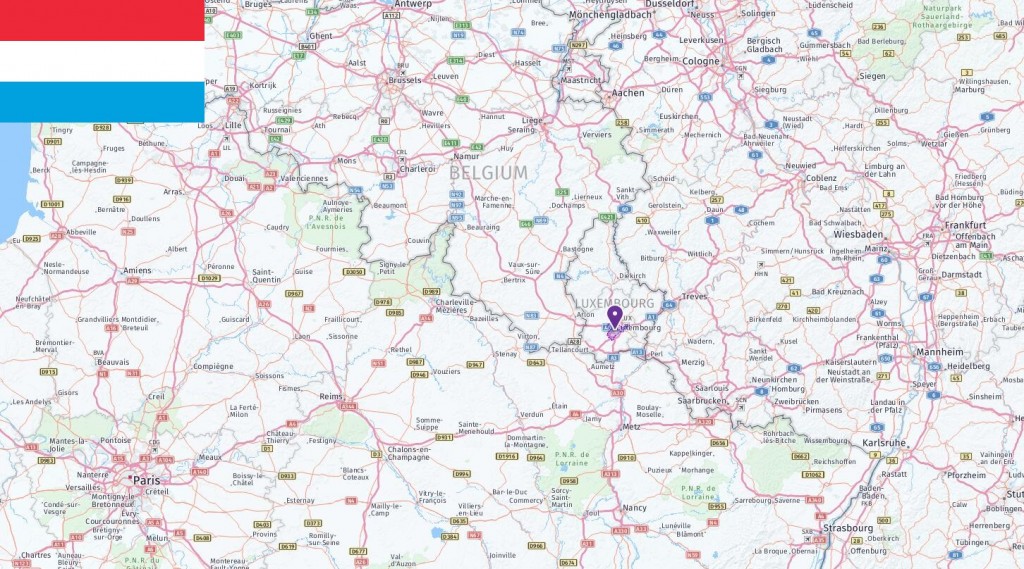 The most commonly used abbreviations about Luxembourg are LU which stands for Luxembourg and EUR which means Euro (€) (Luxembourg currency). In the following table, you can see all acronyms related to Luxembourg, including abbreviations for airport, city, school, port, government, and etc. 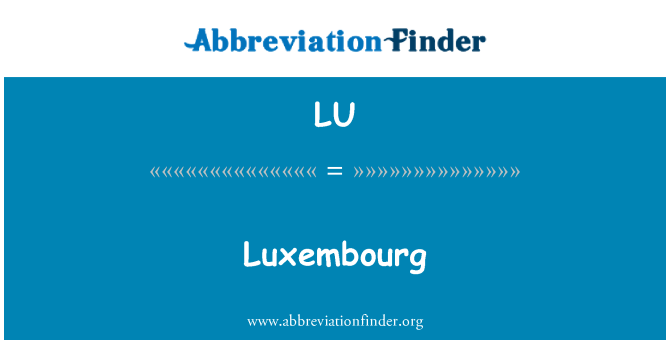 Luxembourg is a small inland state in Western Europe, the size of Vestfold county. The land is largely formed by the areas around the rivers Sûre and Alzette. The northern part of the country consists of wooded hills and low mountains. In the south are broad, fertile valleys.

One third of Luxembourg is covered by forest. The country has a temperate Central European climate, with long snowy winters and relatively warm and humid summers.

Luxembourg’s environmental problems are mainly air and water pollution in the cities, as well as pollution of agricultural lands.

Luxembourg’s written history begins in the Middle Ages and revolves around the castle of Luxembourg. There it developed an urban community that later became a small but strategically important country in the heart of Europe. In 963, the country became an independent political entity. Then the Belgian province, also called Luxembourg, was part of the area.

The country was declared independent and neutral in 1867 and achieved full independence in 1890 when the Dutch King William II died. Luxembourg was occupied by German troops throughout World War I and World War II. This led to the country abandoning the principle of neutrality, becoming one of the founding nations of both the UN, EU and NATO.

Luxembourg is a representative democracy in the form of a monarchy, with a Grand Duke as head of state. The Grand Duke’s role is mainly ceremonial. The country is headed by the prime minister, who is called “government president”. Parliament is elected every five years.

Luxembourg has stable political conditions. The Christian Democratic Party has led almost all governments since 1919, and there is political agreement on most major issues. Around 40 per cent of the population are foreign nationals – mainly from other EU countries. Most native Luxembourgers speak three languages; Luxembourgish, French and German. Today, the country is the seat of the European Parliament, the European Court of Justice, the European Investment Bank and several other EU institutions.

Luxembourg is a high-income country with solid economic growth, low inflation and unemployment. The country has one of the highest living standards in Western Europe. Gross national product (GDP) per capita has long been among the highest in the world. Luxembourg’s economic prosperity is based in the iron and steel industry, which was established in the 19th century.

The industry has later become much more differentiated and now includes, among other things, the production of chemicals and rubber. In addition, a new high-tech industry has been established. However, service industries – especially the banking and finance sectors – are becoming more and more important, and Luxembourg is now one of Europe’s most important financial centers.

Many are concerned that the country’s economy has become too dependent on the financial sector, as it is thus vulnerable to international fluctuations. The country experienced a economic downturn during the financial crisis in 2009, but quickly recovered. However, unemployment has remained higher than usual.