Manila, capital of the Philippines, on Luzon, on the east coast of Manila Bay and on both sides of the Pasig, (2015) 1.8 million residents (in the metropolitan area 23.4 million residents).

Seat of a Catholic archbishop; Academy of the Philippines, several universities; Libraries, museums (including the National Museum); Goethe Institute. – Manila is the main port in the Philippines; Over 30% of foreign trade is processed through it. In addition to the Presidential Palace (Malacañang, built in 1863), the city houses the most important administrative, educational and tourist facilities in the capital region. Immediately to the north of the Pasig are the business districts of Quiapo, Binondo (also known as the “Chinese city”), San Nicolas and the harbor district; further north and northeast are the densely populated districts of Tondo (with around 75% slum dwellers) and Sampaloc (with the Santo Tomás University founded by Dominicans in 1611). South of the Pasig, in the Ermita district, there are numerous ministries, mostly built in the neoclassical style at the beginning of the 20th century, the Rizal Park (Luneta), luxury hotels and the American embassy. Further to the south are the cultural center (1969) and the international convention center (1976) by the sea, and further inland the modern Makati business center.

The City of Manila is the center of the metropolitan area of ​​Manila, which was administratively combined in 1975 to form the capital region Metropolitan Manila or Metro Manila (National Capital Region). The capital region covers 636 km 2and is inhabited by (2015) around 12.9 million people, including unregistered immigrants, seasonal city dwellers and students; however, the population is likely to be much higher. About half of the population in Metro Manila live in slums. Metro Manila comprises 17 cities, including Makati, Navotas, Pasay, Pasig, and Parañaque; The metropolitan areas City of Manila, City of Caloocan and Quezon City are also part of Metropolitan Manila. Around 36% of the country’s university and college students study at numerous universities in Metro Manila. Metro Manila generates almost 33% of the gross domestic product (GDP) of the Philippines. The capital region is the dominant industrial center of the country, three quarters of the industrial added value is generated here. Determining are v. a. Iron and Steel Industry, in addition, cement, rubber, fertilizer, electrical, paper, textile and food industries. Manila is the most important transportation hub in the Philippines and has the largest international airport in the country.

The colonial Spanish walled core city of Intramuros with the cathedral, which had been rebuilt several times, was almost completely destroyed in 1863 (earthquake) and 1945 (aftermath of the war). The baroque church Immaculata Conceptio of the monastery of San Agustín has been preserved (founded in 1571, initially made of wood, built in stone from 1587 onwards). As a testimony to Spanish-Filipino architecture from the colonial era, it was declared a World Heritage Site by UNESCO. Initially only the cathedral and two city gates were renovated, but as part of an urban renewal program that has not yet been completed, several buildings and streets have been restored in the colonial Spanish style (including Casa Manila, El Amanecer). The Filipino architect L. V. Loscin created inter alia Buildings in international design language (Cultural Center of the Philippines, 1969; airport building, 1978 ff.) As well as the Ayala Museum (1974) and the Ministry of Agriculture (1975) in the Makati business district. After a devastating tropical storm in 2009 there was severe damage, around 80 percent of the city was under water.

The double settlement Maynila-Tondo, which only became Muslim around 1550 and was inhabited by the Tagalen tribe, was replaced by Cebu on June 24, 1571 after its conquest by the Spaniards under Miguel López de Legazpi († 1572) raised to the capital. The heavily fortified Spanish city of Intramuros was built south of the Pasig and withstood all attempts at conquest by the Dutch (1646), English (1762/63) and Portuguese. Manila became the preferred center of action for the Chinese settling here and, in the 20th century, the main immigration center in the country. Manila thus achieved an economic, cultural and demographic dominance that is unique in Southeast Asia alongside Bangkok. In 1898 Manila was conquered by the Americans, from 1942–45 it was occupied by Japanese troops. 1946–48 and again since 1976 capital of the Republic of the Philippines. 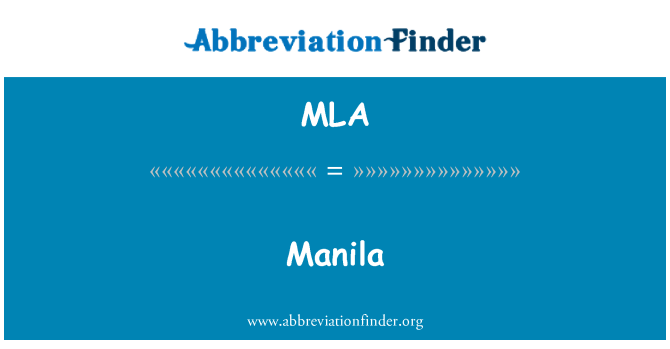