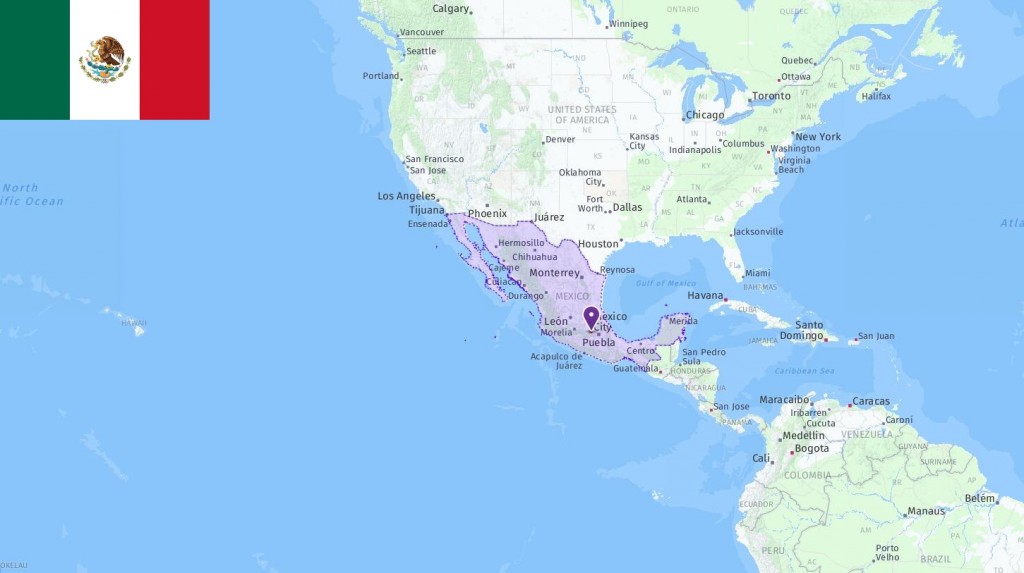 The most commonly used abbreviations about Mexico are MX which stands for Mexico and MXN which means Peso (Mexico currency). In the following table, you can see all acronyms related to Mexico, including abbreviations for airport, city, school, port, government, and etc. 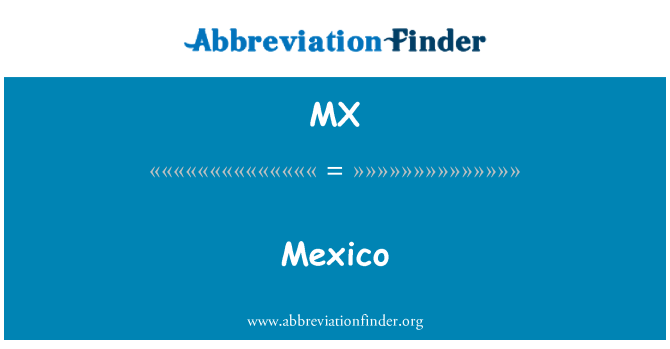 Mexico has diverse scenery, with large desert areas, tropical rainforests, mangrove forests and high mountain areas. Over half of the country is over 1000 meters above sea level. In the middle of the country lies the high plains and plateau of La Mesa, which is surrounded by the mountain ranges of Western Sierra Madre, Eastern Sierra Madre, and Southern Sierra Madre. The highest parts of the plateau are in the south, reaching 2000 meters above sea level. The area is the country’s economic center and the most densely populated. The country has two major rivers: the Rio Grande, which borders the United States in the north, and the Rio Usumacinta, which borders on Guatemala in the south. The climate is tropical and subtropical on the coast, and temperate in the highlands.

Most of the country’s energy needs are covered by oil and gas, which creates major environmental problems. The capital city of Mexico City is one of the most polluted cities in the world. Another problem is forest cutting, which has led to half of the primeval forest that existed 50 years ago. This is one of the reasons why many animal species are threatened with extinction. A serious environmental problem is that access to clean drinking water is constantly diminishing. Mexico has strict environmental protection laws, but corruption, lack of funding and low population interest in the environment mean that the laws are not enforced.

The oldest human tracks in Mexico are ten thousand years old, and the area has been home to several high cultures. The first was the olmec culture, which originated around 1200 BC. Later, the zapotek, maya and toltec cultures emerged.

In 1519, when the brutal Spanish conquest began, the country was ruled by the Aztecs. In two years, the indigenous community’s culture and culture were destroyed, and they had to work under slave-like conditions in mines and plantations. An estimated 20 million natives lived in the area before the Spaniards started colonization. Wars and new European diseases killed 90 percent of the indigenous population in a few generations.

After the Napoleonic wars in Europe, the Spanish king was deposed, and the Mexicans therefore started an independence war to disengage. Mexico became independent in 1821 and became a federal republic in 1824.

Mexico lost a war to the United States in 1848 and had to relinquish half of its land. A reform period began, which ended with Porfirio Díaz taking power and ruling as dictator from 1876 to 1911.

The Mexican Revolution started in 1910, and Díaz resigned the following year – but a bloody civil war lasted for several years. In 1917 came a new radical constitution, which was to ensure that small farmers received land from wealthy landlords. At the same time, foreign oil companies were nationalized. During this period, the country became industrialized, but prosperity did not follow. This created major social differences in the country.

Mexico is a federal republic, divided into 31 states and Mexico City. On paper, the states have considerable state control, but in practice the federal government has a lot of power. The president is the head of government and state, elected for six years, and can only sit for one term. This is a powerful position. The legislative power lies with Congress, which has two chambers: the Senate and the Chamber of Deputies.

The Institutional Revolutionary Party (PRI) emerged in 1929, after the Revolutionary period, and ruled the country as a one-party state until a democratic election was held in 2000. Law reforms in the 1980s and 1990s opened for a multiparty system, and in 2000, dissatisfaction with the PRI had become so strong that the party lost power. PRI is still one of the dominant parties in Mexican politics, but in 2018 MORENA politician Andrés Manuel López Obrador became president.

In recent years, politics has been about a major structural reform that all major parties agreed on. The reform should strengthen the rule of law, equalize social differences and increase economic growth. Nevertheless, corruption is still high and violence is a major social problem, which has only made the war on drugs worse. Around half of the population is considered poor, and there are enormous differences between classes.

Mexico is an ancient agricultural country and is still among the world’s largest corn and vegetable producers. Today, agriculture is only a small part of GDP, but still accounts for one-eighth of employment. Mexico is rich in natural resources: The country is the world’s largest silver producer, and also has large deposits of oil, gas, gold and other minerals.

Beyond the 20th century, oil extraction and later industry gained an increasingly important position in the economy. In recent years, Mexico has focused on industrial production, especially the automotive industry, to reduce oil dependency. Another important part of economic policy has been deregulation, privatization and free trade. Today, Mexico is among the world’s largest economies, and has more free trade agreements than any other country. One of the most important is the Free Trade Agreement with the US and Canada (USMCA) – both of which are important trading partners, although the US is clearly the largest.

One obstacle to the country’s economic development is the black economy, especially drug trafficking, which comprises between one-third and one-half of all economic activity. This leads to low tax revenues, approx. 17 per cent of GDP. This is below half the OECD cut. Economic growth has been around two per cent since 1990.