Minsk, capital of Belarus and the regional capital, on the Svislotsch, (2019) 1.99 million residents.

Minsk is the seat of the Russian Orthodox “Metropolitan of Minsk and Slutsk and Exarch of the Moscow Patriarch for all of Belarus” and the seat of the Catholic Archbishop (Diocese of Minsk-Mogilev). As the leading educational center in the country, the city is the seat of the Academy of Sciences of Belarus, among others. Academies and the State University (founded in 1921). Minsk also has several technical universities as well as state and private universities, a national library, a Goethe Institute, several theaters, an opera, ballet, a philharmonic and a botanical garden. The largest museums are the National Museum of the History and Culture of the Republic of Belarus, the National Museum of Art and the Museum of the History of the Great Patriotic War.

Minsk is the most important industrial city in Belarus, the main areas of importance are machine, vehicle and equipment construction (tractors, agricultural machinery, vehicles, heating boilers, refrigerators, electronic devices, springs and ball bearings) as well as the textile, furniture and food industries.

Minsk is an important Eastern European transport hub on the Berlin – Moscow rail and road route, which is also of great importance for transit traffic. The city has two airports, one for international and one for domestic traffic. There has been a subway for inner-city traffic since 1984.

After the heavy destruction during the Second World War, the city was rebuilt according to Soviet characteristics. Characteristic are wide boulevards, spacious squares and buildings in the style of neoclassicism. Only in the old town have some historical buildings (town hall, catholic bishop’s cathedral, etc.) been reconstructed. The historical buildings also include the castle church (12th century), which has only been preserved in its foundations, as well as several Catholic monasteries, such as the baroque Bernardine monastery church (today archive) and the former Peter and Paul Church (1622; Katharinenkirche since 1795).

The city was rebuilt after the Second World War according to a general development plan (1946), which was modified several times in the following years. A partial reconstruction of the old town began in the mid-1990s. In 2006, the Russian Orthodox Memorial Church of All Saints was inaugurated as a national memorial for all fallen and murdered Belarusian soldiers and civilians of the Napoleonic Russian campaign in 1812 and the German conquests of the First and Second World Wars.

Minsk was occupied by German troops from February to December 1918 and by Polish troops from August 1919 to July 1920. In 1919 Minsk became the capital of Belarus. During the Second World War, during the German occupation (June 28, 1941 to July 3, 1944), it was the official seat of the German General Commissioner for “Belarus”. Under National Socialist rule, against which a strong partisan movement was directed, there was a ghetto in 1941–43 (murder of Jews, including around 35,000 people who were dragged here from Germany and the Protectorate of Bohemia and Moravia, or deportation to extermination camps). The heavily damaged city was rebuilt in 1946-50. After the dissolution of the Soviet Union in 1991, Minsk became the seat of the Commonwealth of Independent States (CIS). 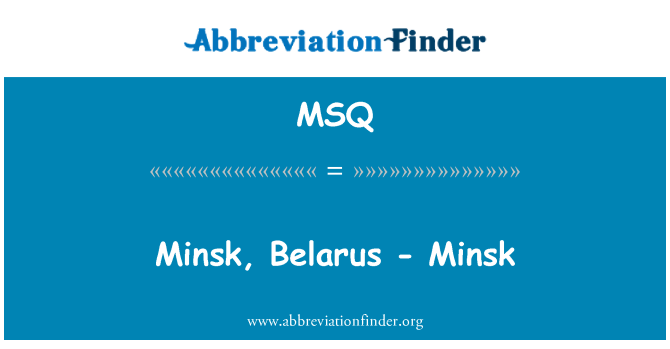