Mogadishu, Mogadiisho [- ʃ -], Mogadishu [- di ʃ o, Italian], the capital and one term economic center of Somalia, on the coast of the Indian Ocean (estimate 2014) 1.6 million residents (in the urban agglomeration). The exact number of residents cannot be precisely determined due to the lack of a census. Due to the ongoing civil war, more than 500,000 residents left the city in 2007 and fled to other parts of the country.

Mogadishu is the seat of a Catholic bishop, three universities (since 1969, 1997 and 2002), the College of Islamic Culture and Law, and the National Library and National Museum. The city (badly damaged in the civil war) has an Arab old town, including a mosque from the 13th century. Before the beginning of the civil war, the following were economically important Fishing, fish and meat canning plants, beverage industry, shoe manufacturing; around 80% of Somalia’s imports were handled in the port (with its deep water port). To the southwest of the city is the international airport of Mogadishu (today: Aden Adde International Airport).

The Arab-Persian trading city of Mogadishu was conquered by the Somals in the 15th century, later belonged to the Sultanate of Oman and was acquired by Zanzibar in 1870. Towards the end of the 19th century, the Italians began to settle in Mogadishu and in 1905 bought the city from the Sultan of Zanzibar. In 1941 Mogadishu was captured by British troops; from 1991 numerous destruction as a result of the civil war; since 2010/11 more measures to restore the infrastructure. 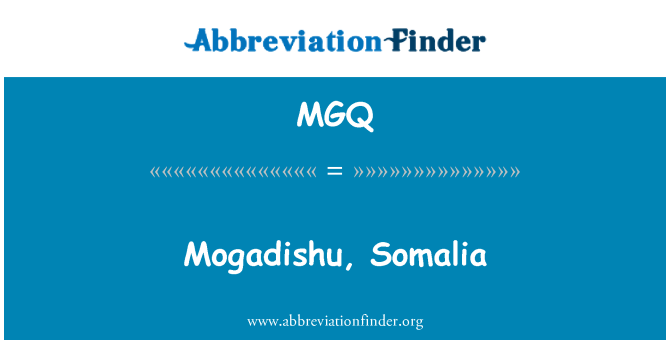