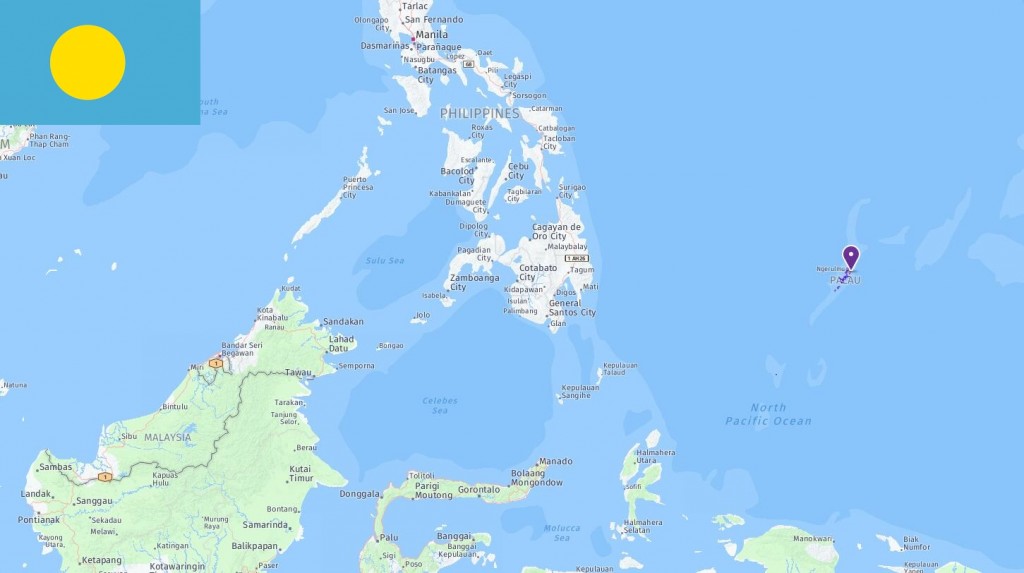 The most commonly used abbreviations about Palau are PW which stands for Palau and USD which means United States dollar (Palau currency). In the following table, you can see all acronyms related to Palau, including abbreviations for airport, city, school, port, government, and etc. 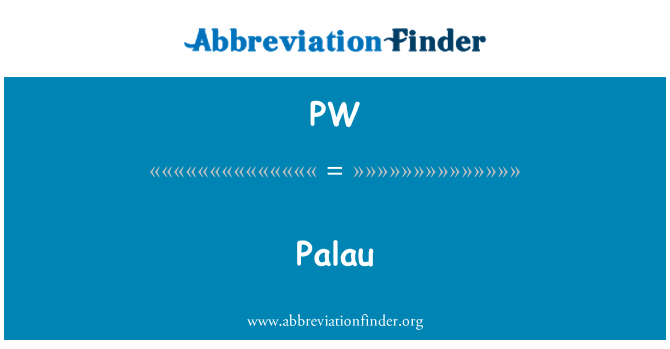 Palau consists of eight larger and more than 250 smaller islands in Micronesia. The largest island, Babeldaob, makes up four-fifths of the country’s land. Here is also the highest peak, Mount Ngerchelchuus, at 242 meters above sea level. The central islands are of volcanic origin, and are located close together in a cluster on the main island. The volcanic islands are steep and hilly with mangrove forests along the beaches and tropical rainforests inland. The remaining islands are mainly low-lying coral islands and small steep limestone islands. Off the coast are many protective coral reefs. The climate is tropical hot and humid, with slight variations in temperature and rainfall.

The low-lying coral islands are highly susceptible to sea level rise and large tropical hurricanes. If the sea continues to rise, most coral islands run the risk of disappearing completely. Rising sea temperatures are also threatening the life and corals of marine areas around the country. The greatest man-made environmental challenges are linked to poor waste management. Garbage and uncleaned sewage has led to devastated coastal areas around several of the most populated islands.

Palau was populated around 500 years BCE. by immigrants from Indonesia and the Philippines. After being visited by Spanish seafarers in the 16th century, the islands came under Spanish control in 1543. The islands were administered as part of the Philippines in the Spanish East Indies. Germany bought the islands from Spain in 1899, and they became known as German Micronesia. During World War I, Japan gained administrative control over the islands, and in 1920, Japan gained official control over the islands following an agreement with the League of Nations (later the United Nations). During the Second World War, the United States occupied the islands, and from 1947 the islands became a UN area supervised by the United States.

Palau is a republic of 16 states. Presidential elections are held every four years. The President heads the country’s government and can only be elected for one four-year term. There are no political parties in Palau. Instead, each state has a leader, who is chosen on the basis of personal merits and family background. Although the country has a modern people’s rule, game traditions and norms still apply. In the countryside, titles and land ownership are inherited on the mother’s side of the family. Local chieftains and leaders also have a lot of formal and informal political influence.

The country has a well-developed health system, and for those who are officially employed there is a well-functioning welfare system with pensions, health insurance and non-life insurance. In recent years, alcohol and drug abuse has led to increased crime and violence against women in the home. Women and men are equal within the laws of the country, but in the labor market and in politics women are underrepresented.

The service sector is the most important for Palau’s economy and employs nearly nine out of ten Palauians. Tourism has grown strongly since the 1990s, and is today very important for the gross domestic product. The country has a large trade deficit (they import more than they export). The deficit is mainly covered by international aid. The island state has largely been built on US aid, and today is actively working to reduce the financial dependence on US aid. Among other things, the government has facilitated foreign investment, and implemented several economic reforms to lure foreign companies to the islands. The country has also invested heavily in ecotourism. Large marine areas around the islands have been protected from oil drilling, mineral extraction and fishing, so that nature and the marine environment can attract more tourists to the country.

Palau has a small labor market, which has led to low unemployment. Almost half of all the country’s workplaces are filled by foreign guest workers. Thanks to US aid, Palau has one of the highest living standards in the Pacific.