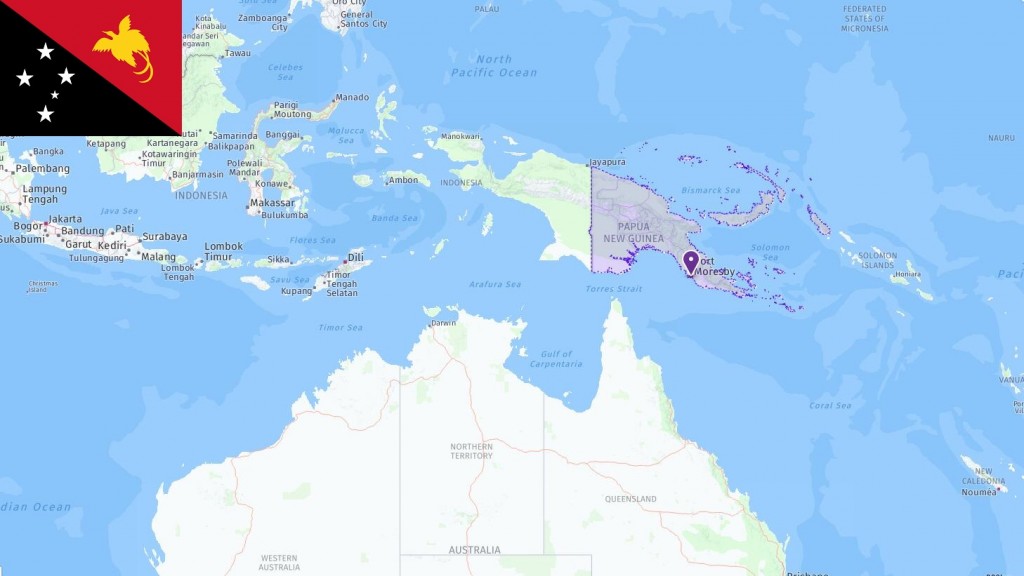 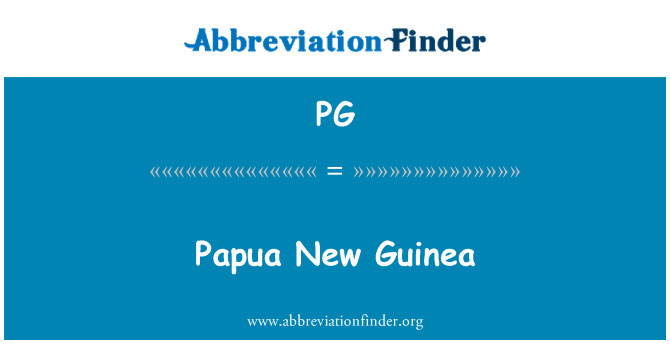 Papua New Guinea makes up the eastern part of the island of New Guinea, and about 600 smaller islands in the surrounding ocean. New Guinea is the world’s second largest island and is shared between Indonesia in the west and Papua New Guinea in the east. The landscape of New Guinea consists of dense rainforest along the coast and in the lowlands, and a steep mountain range that crosses the island from east to west. The country’s highest peak, Mount Wilhelm, is 4509 meters above sea level.

Most of the smaller islands consist of volcanic rock formations that rise steeply from the sea, and have a hilly coastline and very little forest. Between the volcanic islands lie some low-lying coral atolls that are in danger of disappearing completely if the sea level rises. The varied landscape means that Papua New Guinea has several climates. In the rainforest areas and on the smaller islands, there is a lot of rainfall and high temperatures, while the high mountains have greater temperature fluctuations and experience snowfall on a regular basis.

Papua New Guinea often experiences earthquakes, volcanic activity and tsunamis. The greatest environmental challenges are related to extensive deforestation and harvesting of the rainforest. This causes leaching of the earth into streams and rivers, unclean drinking water and soil erosion.

Papua New Guinea was populated from the Asian mainland 50-60,000 years ago. Fixed settlement arose about 8,000 years ago, in scattered small communities in the narrow mountain valleys. Until the island was colonized by Europeans in the 16th century, there was no unified state in the area. In the 16th century, Portuguese seafarers began trading with the local tribes. Over the next centuries, Dutch, English, Spaniards and Germans took turns dominating all or part of today’s Papua New Guinea. At the start of World War I, Germany ruled the northeastern part of New Guinea, while Britain ruled in the southeast. After the war, Australia was given responsibility for both the British and German parts of New Guinea, as well as the surrounding small islands, under mandate from the League of Nations (later the United Nations).

Papua New Guinea became independent in 1975. Throughout the 1980s, a separatist movement emerged on the island of Bougainville, which would disengage from Papua New Guinea. Between 1990-1997 there was a war between the Papuan authorities and the separatists, and between 15-20,000 people were killed. In 2001, a peace agreement was signed, which led to preliminary independence for Bougainville in 2005.

Papua New Guinea is a constitutional monarchy. The country is a member of the Commonwealth of Nations and has retained the British monarch as the head of state. The executive power lies with a government led by a prime minister. The prime minister is elected by a national assembly of 111 elected representatives. The country has long been characterized by political crises and unrest. Corruption among politicians and police is a growing problem and leads to politician disdain and distrust.

Papua New Guinea is one of the least developed countries in the world and is struggling with very high crime rates. Many tribes and societies live completely cut off from the outside world, without access to education, infrastructure or health services. Outside the largest cities, most people live without access to clean drinking water. On average, one in twenty children dies before they reach the age of two. The health system works poorly and has deteriorated in recent years due to widespread corruption. Lack of antidote causes many to die of poisonous snakes, spiders, fire jellyfish and infectious mosquitoes. Women are regularly discriminated against in work and in politics. Human trafficking, abuse and forced prostitution are major societal problems, and most often hit women and children especially hard.

Large deposits of minerals, natural gas, oil, forest and fishy waters mean that Papua New Guinea has high export revenues. However, revenues are very vulnerable to fluctuations in world prices, and the country remains dependent on international aid. Despite the rich natural resources, the country is struggling with widespread poverty. Only a small part of the population have paid work, and most of them do farming, hunting and fishing for their own use. The capital, Port Moresby, has no road connection to any other major cities, and the entire country lacks functioning infrastructure. In addition to poor infrastructure, a lack of educated manpower, corruption, social unrest and natural disasters are the major obstacles to economic development and growth.

More than 40 percent of the population lives below the national poverty line, and over 35 percent live in absolute poverty. Lack of political control, poor infrastructure, widespread poverty and high unemployment in cities have made the country struggling with a great deal of crime. Neighboring Australia has repeatedly tried to influence policy to help reduce crime and poverty, which has strained relations between countries.