Puerto Rico (Commonwealth of Puerto Rico / Libre Asociado State of Puerto Rico) is an autonomous territory, politically associated with the United States. There are 3.4 million residents (2017). The capital is San Juan.

The island of Puerto Rico was inhabited by aborigines when it was visited by the Spanish in 1493. Spanish colonization lasted until 1898, when the island was ceded to the USA. In 1952, Puerto Rico won the right to have its own constitution and autonomy. 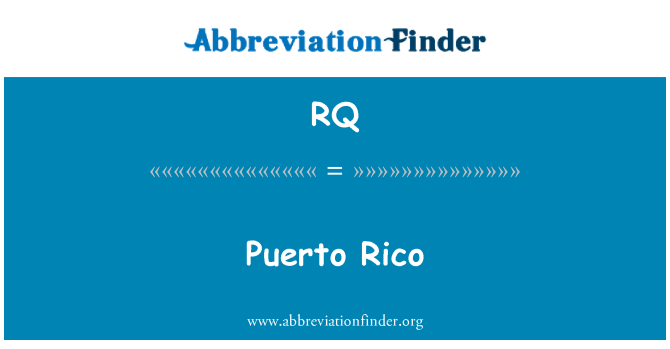 The most commonly used abbreviations about Puerto Rico is RQ which stands for Puerto Rico. In the following table, you can see all acronyms related to Puerto Rico, including abbreviations for airport, city, school, port, government, and etc.