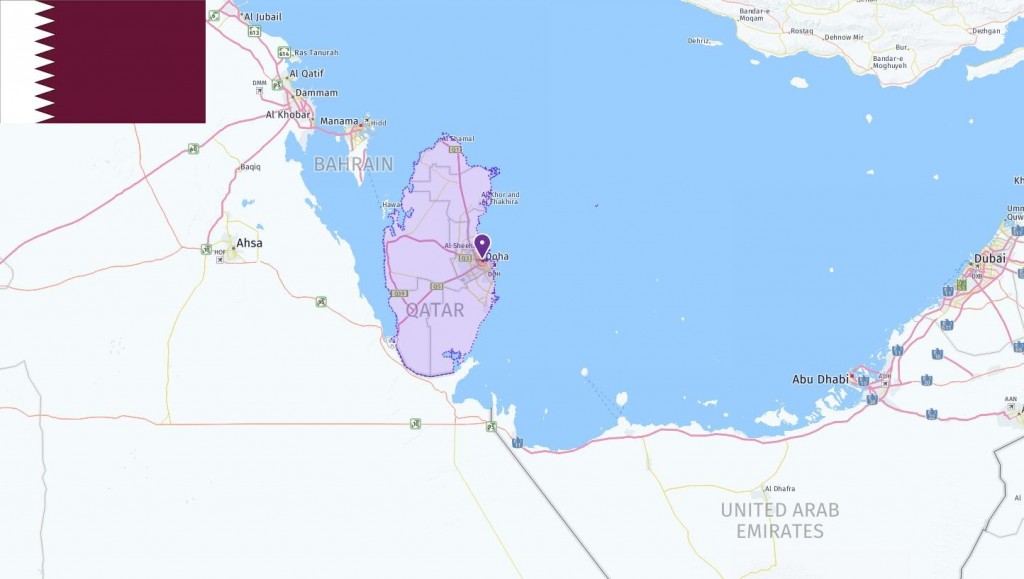 The most commonly used abbreviations about Qatar are QA which stands for Qatar and QAR which means Riyal (Qatar currency). In the following table, you can see all acronyms related to Qatar, including abbreviations for airport, city, school, port, government, and etc. 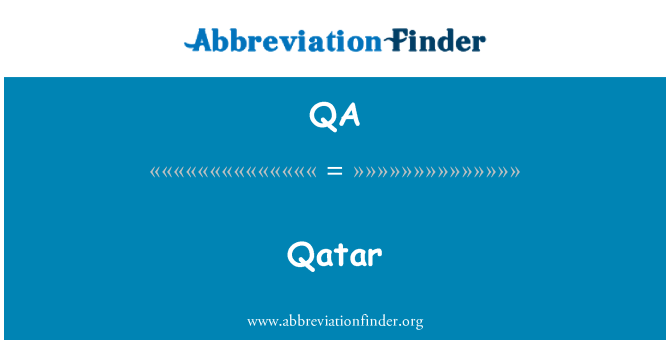 Most of Qatar consists of dry desert landscape, which without irrigation is little suitable for agriculture. The country is flat, and the highest point is only 105 meters. The country has little rainfall but high humidity, which is due to evaporation from the Gulf of Persia.

Qatar has a number of environmental challenges. In addition to smog and acid rainfall, the country has been plagued with air pollution after the Gulf War in the early 1990s. In addition, discharges from the oil industry have contaminated the groundwater, while the soil has been destroyed by pesticides and fertilizers. Qatar is among the countries in the world that emit the most CO2 per capita.

Already 4000 years BCE. There were settlements in Qatar, but historically the country has not played a prominent role. In the 18th century, the Bedouin clan Khalifa subdued both Bahrain and Qatar. In 1867 an internal power struggle arose in the Khalifa clan. Today’s rulers, the al-Thani family, took power in Qatar with the help of the British, and in 1916 the country was appointed British protectorate. The plan was for Qatar to join the United Arab Emirates, but the parties did not agree on the membership requirements.

In 1971, Qatar instead became an independent state. In the period following independence, there were internal conflicts in the al-Thani family over the role of leader, or emir. In 1995, Amir Hamad bin Khalifa al-Thani conducted a bloodless coup against his own father and took charge of the country. Since the coup, the country has been modernized through a number of political and economic reforms.

The Arab Spring did not have a major impact on conditions in Qatar, but since 2011 the country has supported several revolutions and Islamist groups in the region. This strategy led to an air, sea and land blockade in 2017, imposed on Qatar by four Arab states: Saudi Arabia, the United Arab Emirates, Bahrain and Egypt.

Qatar is an emirate (a kind of monarchy) where the executive power lies with the Al-Thani family and an emir. Political parties are banned, and the emir makes all major decisions. Almost all the government members are related to the emir, or are supporters of the al-Thani family. Because the government of Qatar spends a lot of money on welfare and education, today’s emir is quite popular with the population. In 2005, Qatar established an advisory assembly (a parliament) in which 30 out of 45 members would be elected by the people, but the election of the assembly itself has not yet taken place.

Only one in five Qatars is born in the country. Most residents are guest workers from India, Iran and North Africa. Guest workers make up around 1.5 million people, which is about 90 percent of the country’s workforce. The foreign workers have very few rights, and usually work under very poor working conditions. Since Qatar was awarded the Soccer World Cup in 2022, the rights and treatment of guest workers has been criticized internationally.

Before the oil discoveries in the early 1940s, the area of ​​Qatar was located among the poorest in the Middle East. The oil changed the country’s economy, and Qatar is today one of the world’s richest countries. The population has a very high standard of living, but at the expense of foreign workers who are much disadvantaged than those who are citizens.

The country has a relatively modest production of crude oil, but has the world’s third largest reserve of natural gas that it shares with Iran. The industrial sector is aimed at the oil and gas industry, and it is to a small extent run by agriculture. In order to reduce the dependence on revenues from the oil and gas business, the country is trying to develop the private sector. As part of this strategy, a technology and science park was established in 2004. The goal is to attract both local and foreign companies.

Following the blockade introduced against Qatar in 2017 from neighboring countries, they have lost some of their most important trading partners in the Gulf. In spite of the adversity, Qatar has a lot to do with the allocation of the World Cup in 2022 to get financial investment by building infrastructure related to the event.