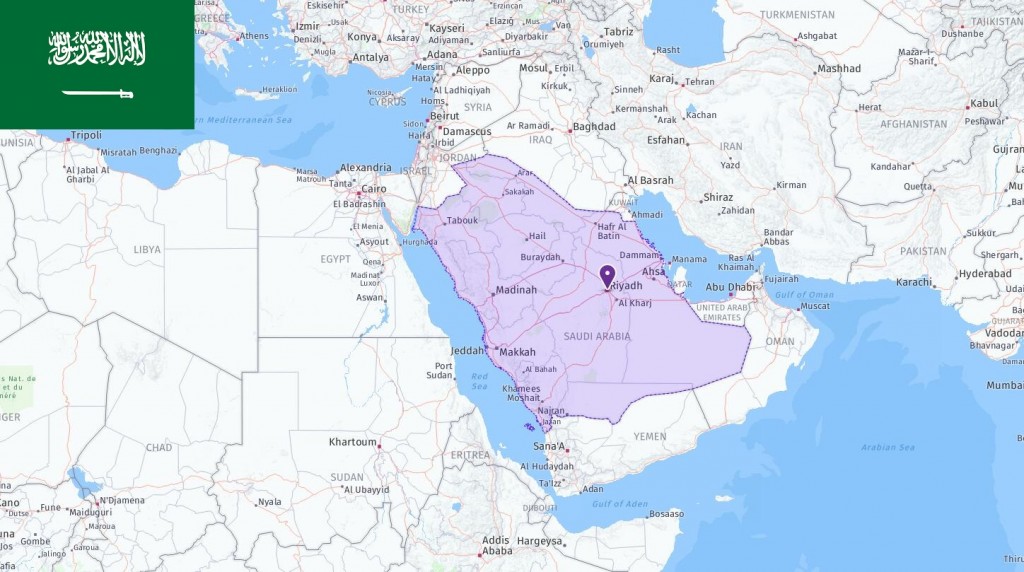 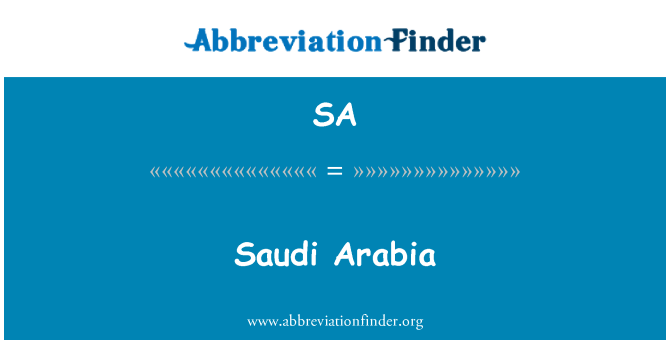 Saudi Arabia makes up most of the Arabian Peninsula and is six times the size of Norway. The landscape consists mostly of steppe landscape and desert. Temperatures in the summers are extreme and can get up to 50 degrees. Winters are cooler, with temperatures ranging from 10-25 degrees. It is hard to get something to grow and grow in the deserted country; only two per cent can be used for agriculture, which is still more cultivable land than in Norway.

None of the rivers have water all year. Saudi Arabia therefore uses water that is collected from the ground. In addition, the state has developed technology that can remove salt from seawater. Overconsumption of water is a major challenge because it causes the desert to spread. The country has too little water to meet the needs of the population, industry and agriculture.

The country also has environmental challenges related to oil spills. Saudi Arabia accounts for much of the world’s total CO2 emissions due to greenhouse gases from industry, oil and gas.

In what is today Saudi Arabia, small nomadic communities and clans have lived for thousands of years. The Arabian Peninsula was an important trading center, situated between the Persian Empire (Iran) and the Roman Empire. Around the year 600, Islam arose in the area, around the cities of Mecca and Medina. From the 16th century until the First World War, Arabia was formally subject to the Ottoman Empire.

In the 18th century, the religious revival movement arose Wahhabism, which sought a purer interpretation of the roots of Islam, and the al-Saud clans joined the movement. The alliance with religion, which still characterizes today’s politics, gave clans the opportunity to submit to larger areas. Throughout the 19th century, the Saudi Empire was pushed by British and Ottoman forces, and lost part of its power.

In 1902, the al-Saud clans recaptured the hometown of Riyadh, and proclaimed rulers over the area. They conquered ever larger areas, and in 1932 the kingdom of Saudi Arabia was established. In 1933, oil exploration began, and by the time the first discovery was made, US oil companies had already secured their rights. During this period, British influence over the Arabian Peninsula waned, and the United States became the guarantor of King Saud’s power.

Saudi Arabia is a monarchy ruled by the King’s House al-Saud. Islam is the state religion, and the country lacks freedom of religion, freedom of the press, freedom of speech and democracy. The country has no constitution, but the judiciary adheres strictly to Islamic law (Sharia) based on the Qur’an.

The king is the head of state, the head of government, the highest interpreter of the law and the foremost religious leader. He has both a ministerial council (government) and an advisory assembly, the Shura Council, where various groups in society are represented. The king appoints all the members.

Saudi Arabia is tense between a modern way of life and a strict traditional Islamic culture. Women are discriminated against and all criticism of the regime or Islam is forbidden. In recent years, Crown Prince Mohammed bin Salman has loosened some of the strict Sharia law, so that women allowed to drive – at the same time the regime strikes hard on political protest, punishing peaceful protesters with torture.

At the same time, Saudis receive some of the most generous social contributions in the world. This is very effective in preventing rebellion against the dictatorship.

Since the 1970s, Saudi Arabia has modernized and expanded the welfare state with oil money. In the 1930s, the country’s income came from livestock, the cultivation of dates and pilgrims to Mecca and Medina. Today, the country is among the world’s largest producers of oil and gas, accounting for 90 percent of the country’s export revenues, and almost half of the country’s gross domestic product (GDP). Other states are often wary of criticizing the regime because the huge oil and gas resources make Saudi Arabia an important trading partner, especially for Japan, South Korea and the United States.

The state controls the economy through five-year plans. After joining the World Trade Organization (WTO) in 2005, Saudi Arabia had to open up the economy to foreign investors. Privatization and deregulation are ongoing, but the process is slow.

Saudi Arabia’s economy is highly dependent on the international price of oil and gas. After the fall in oil prices in 2014, which was partly due to the country’s own overproduction, the state budgets have gone into deficit. Savings measures have gone beyond the welfare budget. Saudi Arabia has large renewable resources, and is expanding wind and solar power to become less dependent on oil.

In the 2018/2019 school year, the UN Association offers a game where the student is to resolve a conflict in the Security Council. In this role-playing game, Saudi Arabia is invited to the Security Council meeting, and the sections that follow are information related to this game.

Iran is Saudi Arabia’s arch enemy. They are ideological and power political competitors in the region. They both help to create or intensify conflict between Shia and Sunni Muslims, with Iran allied specifically with Shia Muslims and Saudi Arabia with Sunni Muslims.

Neither Yemen, Saudi Arabia nor Iran are members of the Security Council, but they are nevertheless invited to this meeting because they are greatly affected by the conflict.

It is also important for Saudi Arabia to point out that the Hadi government is the rightful authorities in Yemen and that their bombing campaign in Yemen is in line with international law since the Hadi government has asked for help. They are likely to be criticized for bombing many civilians, so it is wise to prepare counter-arguments against this.

The head is crucial to winning the war against the woods, Saudi Arabia believes. They will therefore argue strongly that the coalition should invade the port city and that the Security Council should give them a mandate to do so.

Saudi Arabia is therefore interested in the Houti movement being suppressed and the Hadi government strengthened but remaining dependent on Saudi Arabia’s protection. Saudi Arabia will at the same time prevent Iran from gaining influence in Yemen.

Saudi Arabia’s coalition is supported by the United States, Britain and France, among others. They will not lose this support for any reason, and they will probably use it for all that is worth during the Security Council meeting. The fact that the US supports them can be used to persuade other countries to also support their coalition bombing. As Saudi Arabia does not have voting rights in the Security Council, they must be active in lobbying during the breaks.