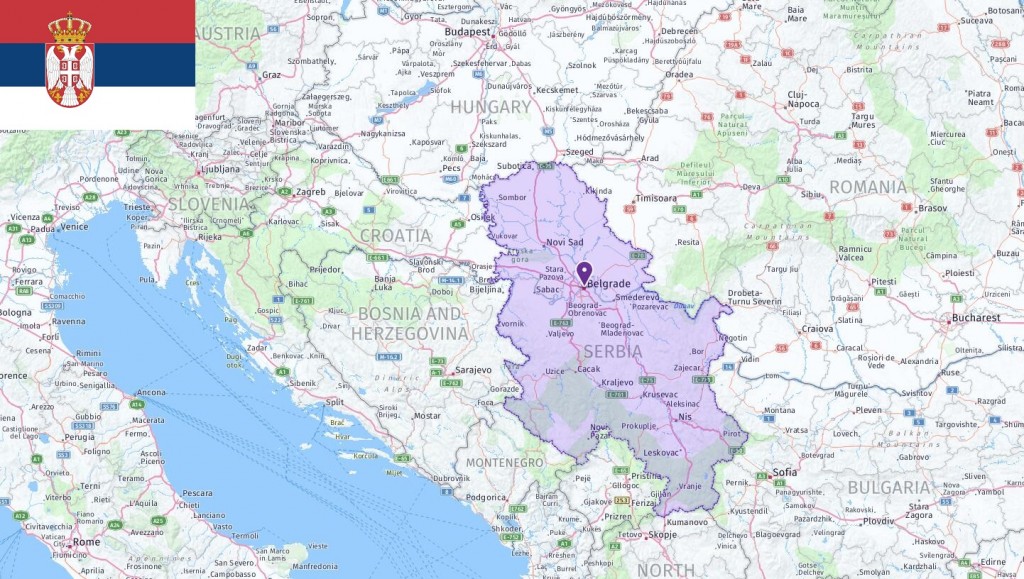 The most commonly used abbreviations about Serbia are RS which stands for Serbia and RSD which means Serbian dinar (Serbia currency). In the following table, you can see all acronyms related to Serbia, including abbreviations for airport, city, school, port, government, and etc. 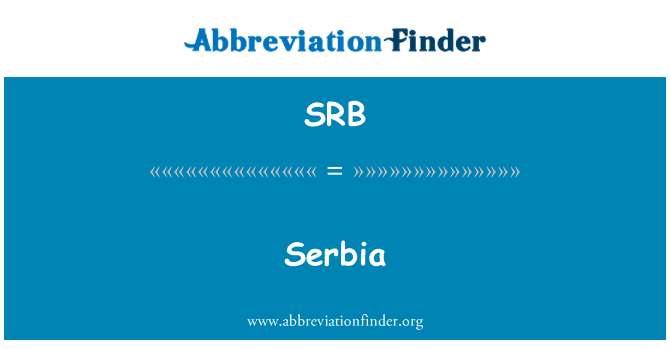 Geographically, Serbia can be divided into two parts. In the north, nature is characterized by lowlands and plains, while the southern and eastern parts are characterized by highlands and mountains. The highest mountain, Daravica (2656 m asl), lies south of the country. Several large rivers flow through the lowlands in the north, including the Danube, Tisa and Sava. The rivers and fertile soil make farming and food production beneficial in this area. In the highlands there are large natural areas with forests. The country has a typical inland climate, with cold winters and hot humid summers.

Serbia is regularly exposed to earthquakes. The last major earthquake occurred in 2010, in which two people died and more than 100 were injured. Floods and floods are also common. In 2014, a major flood caused enormous damage to agriculture and infrastructure. Poor handling of sewage and waste are other major environmental challenges. Only ten percent of the country’s wastewater is treated before it ends up in the major rivers. It is also estimated that around one in three Serbs daily breathe in toxic and polluted air.

Serbia’s central location between east and west has caused the country to be influenced and controlled by a number of different peoples and kingdoms. In the 1000s, the first Serbian state emerged. The country had a national heyday beyond the 1300s and controlled large parts of the Balkan Peninsula. In 1459, the Ottoman Empire conquered the area, retaining power for about 500 years. From the 19th century, nationalism grew again, and Serbia fought for independence. The desire of various powers to control the Balkans led to war and the start of World War 1, where 1 in 4 Serbs died. After the war, a new common South Slavic (Yugoslav) kingdom was established. The new kingdom consisted of the sub-republics: Bosnia and Herzegovina, Croatia, Macedonia, Montenegro, Serbia and Slovenia.

After World War II, a new communist Yugoslav state replaced the old kingdom. Inequalities between the republics grew and led to the state dissolution in 1991. Serbia and Montenegro opposed the dissolution, and received support from the Serbian minorities in the other sub-republics. An ethnic, cultural, religious and politically motivated war broke out. Serbia and Montenegro were directly involved in the wars that ravaged Croatia and Bosnia-Herzegovina.

Following the dissolution of Yugoslavia, the Serbian province of Kosovo wanted to become independent. A bloody conflict broke out where Serbia was blamed for widespread war crimes, ethnic cleansing and genocide in Kosovo. The war crimes led to NATO bombing several targets in Serbia. Since 2008, Kosovo has been declared independent, but neither Serbia nor Russia has recognized sovereignty.

Since 2006, when the Montenegro sub-republic became independent from Serbia, Serbia has been an independent republic. The head of state is a president who is elected in direct elections for five years at a time. The executive power lies with a government ruled by a prime minister. The prime minister is appointed by the president in collaboration with the country’s national assembly.

The war of the 1990s, and NATO bombing as a result of the Kosovo massacres in 1999 characterize Serbian society. The public welfare system has major shortcomings and shortcomings. The health system is poorly developed and permeated by corruption. The country is also characterized by widespread crime. The state has failed to prevent the smuggling of people, weapons and drugs in the wake of the ravages of war.

Serbia’s economy was hit hard by the 1990s war and bombing. During the 2000s, extensive reforms were carried out, which led to weak economic growth. In 2014, the country was hit hard by major floods. This severely affected agriculture, the mining industry and caused major damage to infrastructure. The consequences for the fragile economy were great. Foreign investment fell, the currency fell in value, and inflation skyrocketed. After extensive development, increased privatization, international aid and new cuts in government spending, the economy has stabilized somewhat. The country is still struggling with high unemployment, large foreign debt, shortage of educated workers, technologically outdated industry, inefficient companies and lack of investment.

The economic inequalities between urban and rural are large. More than 25 percent of the country’s population lives below the national poverty line. Poverty is particularly widespread in the south. Lack of work opportunities has led to a large emigration of young people and educated. Serbia is working for an EU membership and has established a trade agreement with the EU after 2010. However, the country must meet stringent financial requirements from the EU and the International Monetary Fund before they can achieve full membership.