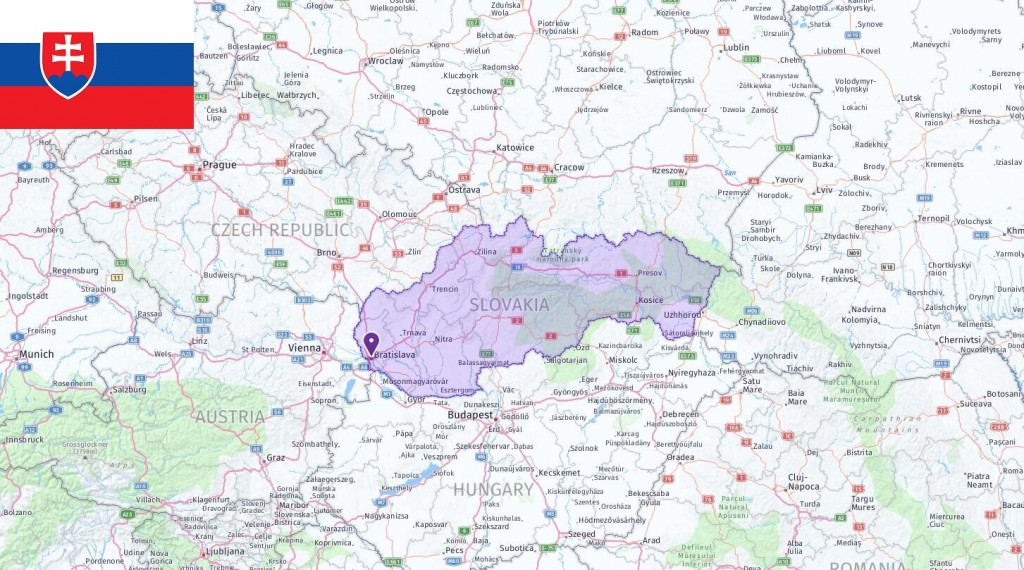 The most commonly used abbreviations about Slovakia are SK which stands for Slovakia and EUR which means Euro (Slovakia currency). In the following table, you can see all acronyms related to Slovakia, including abbreviations for airport, city, school, port, government, and etc. 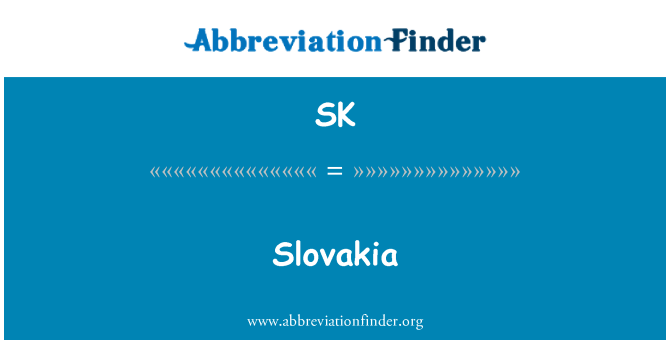 The Carpathian mountain range penetrates the northern and central parts of Slovakia, with the highest peak at 2655 m. Rivers flow from the mountains, towards the plain that characterizes the southern part of the country. Most smaller rivers flow into the Danube River. The country has many high-quality drinking water sources. Slovakia has a continental climate, with cold, dry winters and hot summers. In the mountainous areas, there is both cooler and more rainfall than in the plains of the south, where the capital Bratislava is located.

In the former Czechoslovakia, coal was a common source of energy, and air pollution in Slovakia is still a major problem. Emissions from industry are a major environmental threat, as well as being very harmful to the country’s population. Lung cancer is common in the most polluted areas. Large forest areas have been destroyed by acid rainfall from Poland and the former East Germany. Desertification caused by agriculture and mining is also an environmental problem.

Slovakia was a part of Austria-Hungary until the First World War ended in 1918. Then the country formed a new state with the Czech Republic: Czechoslovakia. In 1938, the United Kingdom, France, Italy and Germany signed an agreement to divide the territories of Czechoslovakia. Thus Slovakia became an independent state.

Slovakia was allied with Germany during World War II. Czechoslovakia was restored after the war, under the influence of the Communist Soviet Union.

Many Slovakians still wanted Slovakia to be an independent state, and nationalism continued throughout the Cold War. The peaceful “Velvet Revolution” in 1989 ended the communist dictatorship in Czechoslovakia. In 1993, Slovakia and the Czech Republic were divided, but the countries continued to have close ties.

Slovakia is a parliamentary republic. The president has a certain political role, with veto power and by appointing judges to the Constitutional Court, but the prime minister and parliament are the most powerful bodies. The party system is fragmented, and collaborative governments have been commonplace.

Since the late 1990s, the economy has been modernized. These changes have produced more economic inequality, with pensioners and Roma (Roma people) being hit hardest. Slovakia’s approximately 375,000 Roma live in very difficult conditions, and most live in barren areas on the outskirts of cities.

Slovakia has become a well-functioning democracy, but it is also one of the most corrupt in the EU. In 2018, the country was shaken by the murder of journalist Ján Kuciak. He had uncovered corrupt links between the authorities and organized crime. Prime Minister Robert Fico had to step down after major demonstrations – the largest since the Velvet Revolution, when the country was still part of Czechoslovakia.

In 2004, Slovakia joined both the EU and the NATO defense alliance. In recent years, however, nationalist forces have grown stronger, posing a threat to minorities. Protests against EU crisis packages and charges of corruption have characterized politics.

During the Soviet era, Slovakia had a planning economy, and since the Velvet Revolution the country has opened up to market economy. The transition has been slow due to corruption and political instability, but when Slovakia joined the EU in 2004, it was still one of the EU’s strongest economies.

Slovakia’s most important sector is car production. In terms of population, Slovakia is the world’s largest car manufacturer.

Low taxes have made the country attractive to foreign investors. Since the late 1990s, industry and agriculture have become less important to the economy, while the service sector has grown.

Slovakia is dependent on Russian oil and gas. The Czech Republic and other EU countries are also important trading partners. Slovakia’s rivers are used for freight and passenger transport, with connections to rivers in other European countries. The authorities want to exploit the country’s central position in the middle of the continent and develop it into a transport hub in Europe.