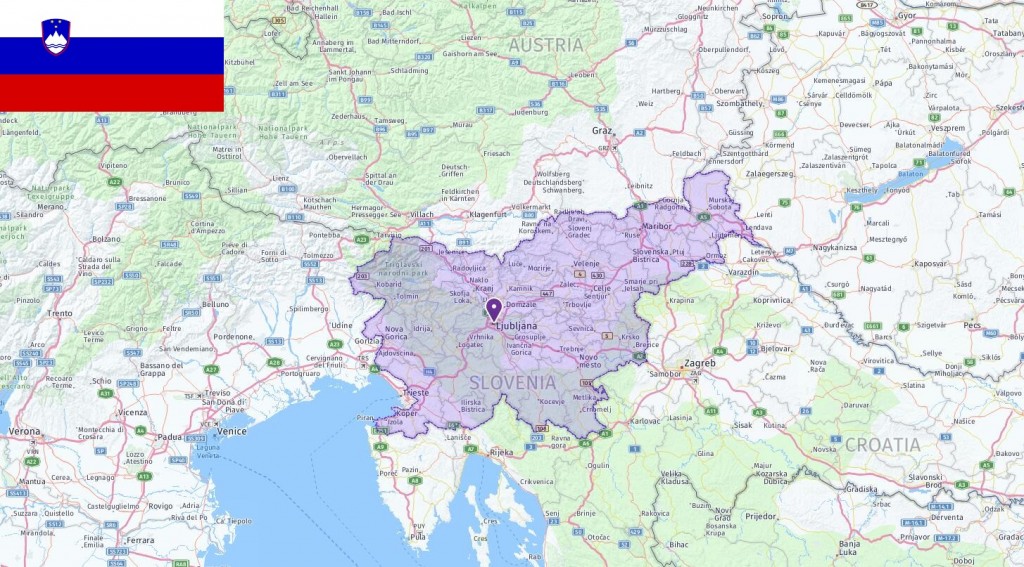 The most commonly used abbreviations about Slovenia are SI which stands for Slovenia and EUR which means Euro (Slovenia currency). In the following table, you can see all acronyms related to Slovenia, including abbreviations for airport, city, school, port, government, and etc. 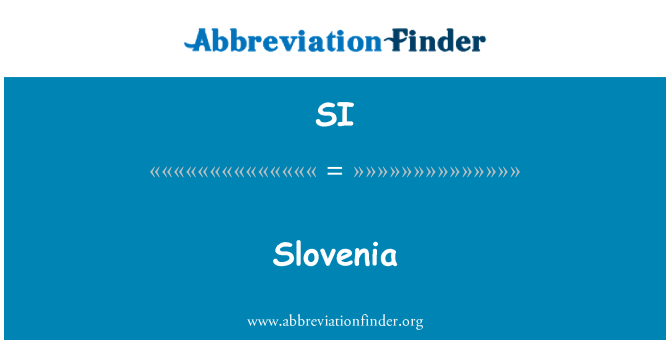 Slovenia’s nature can be divided into three parts. Mountains and hilly terrain characterize most of the country’s northern, central and southern parts. The Triglav mountain at 2863 meters above sea level. is the highest in the country and is located in the north. Between the mountains lie deep lush valleys with many rivers. In the northeast, nature is characterized by flat and open plain. All the way to the southwest the country has a short and hilly coastline towards the Adriatic. Several large rivers flow through the country and almost half of the country’s area is covered by forest. The climate is as varied as nature. Most of the country has a continental climate with hot summers and cold winters. In the mountains the climate is colder and there is a lot of snow in the winter. The coastal regions have a typical Mediterranean climate with mild winters and warm long summers.

Environmental problems in Slovenia are linked to pollution from industry. The large river Sava is heavily polluted due to industrial and household emissions. The coast and the sea are threatened by pollution from heavy metals and chemicals. Large forest areas are destroyed or threatened by acid rainfall due to air pollution from the metal industry and factories.

In the 500s, Slavic tribes immigrated to the East Roman territories that today constitute Slovenia. Until the area was part of the German-Roman Empire in the 7th century, the area was controlled by Hungarians, Bavarians and Franks. In the 16th century a Slovenian writing language emerged, and the Slovenian territories were then under the Habsburg dynasty. During the 19th century, Slovenian and Slavic nationalism emerged, and in 1918 Slovenia joined the newly created South Slavic (Yugoslav) state. Slovenians and Croats wanted internal self-government, but the Serbs’ desire for a strong and Serbian-controlled state won. After World War II, Yugoslavia became a communist state. Slovenia developed into the richest of the six Yugoslav republics, and throughout the 1980s a strong democracy movement emerged in the country. In 1989, Slovenia attempted to introduce democracy in Yugoslavia, to strong protests from Serbia. Negotiations did not go ahead and Slovenia declared itself independent in June 1991. Serbia went into military attack but withdrew after 10 days.

As one of the richest sub-republics in Yugoslavia, the country managed the transition to independence and democracy relatively well. In 2004, the country joined both the EU and NATO.

Slovenia is a parliamentary republic where the president is the head of state. The president is elected in the general election for five years at a time, and mainly has a ceremonial role. The executive power lies with the government headed by the prime minister. The Government and the Prime Minister start from the National Assembly, which is elected in direct elections every four years.

Slovenia has the most homogeneous population of the former Yugoslav sub-republics. This has meant that the country has had few ethnic conflicts. Drnovšek, who was nearly co-prime minister from 1994 to 2002, is often honored for leading Slovenia’s successful transition from communism to market economy. The combination of historically close ties to Western Europe and a stable democracy led Slovenia to be one of the new Eastern European states that managed the transition best. Today, Slovenia has the highest standard of living in Eastern and Central Europe. The welfare system is well developed, with good pensions, health insurance, unemployment insurance, child support, and support for the disabled. After a law change in 2017, same-sex couples have the right to marry, but are not allowed to adopt or have children through artificial insemination.

In the first period after independence, the country experienced a short-term economic decline. After a couple of years, economic growth accelerated and unemployment fell. Slovenia today has a well-developed infrastructure and a well-educated workforce. Compared to neighboring countries in the Balkan Peninsula and Italy, the country has little corruption. Of the service industries, finance (banking, insurance) and tourism are important sources of income for Slovenia. The largest industries are the metal and engineering industries, which account for a quarter of the country’s income from industrial production. The country also has a large electronics, textile and heavy industry. Otherwise, chemicals, foodstuffs, wood products, footwear and motor vehicles are produced. Since 2013, the country has had a trade surplus (they export more than they import). The country introduced the Euro in 2007, and in 2010 it joined the OECD (Organization for Economic Cooperation and Development).

Despite the country’s financial success, some challenges remain. The financial crisis in 2009 affected Slovenia severely. Unemployment and the percentage of poor people increased as a result of the crisis, and still almost 15 percent of the population lives below the national poverty line.