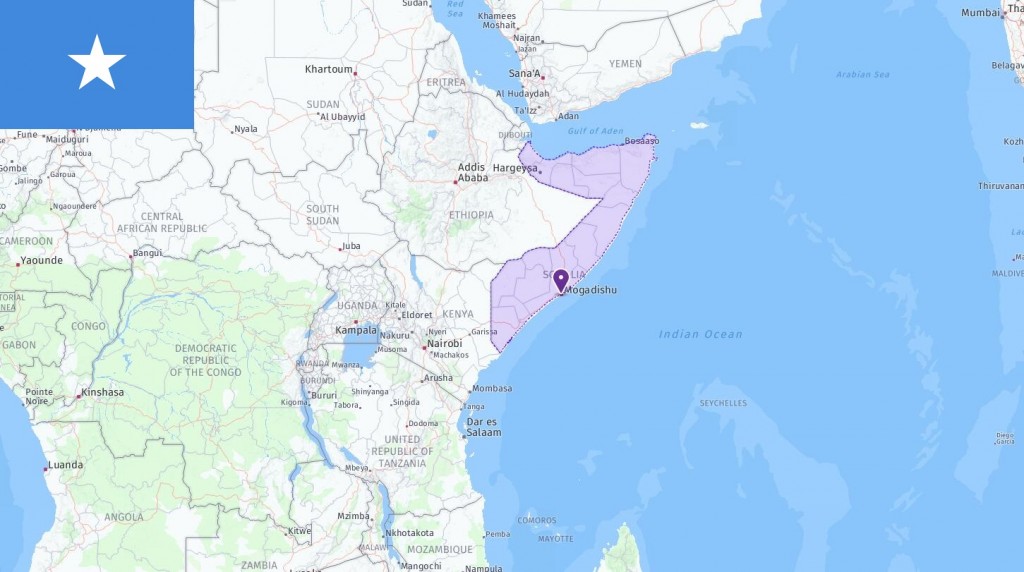 The most commonly used abbreviations about Somalia are SO which stands for Somalia and SOS which means Somali shilling (Somalia currency). In the following table, you can see all acronyms related to Somalia, including abbreviations for airport, city, school, port, government, and etc. 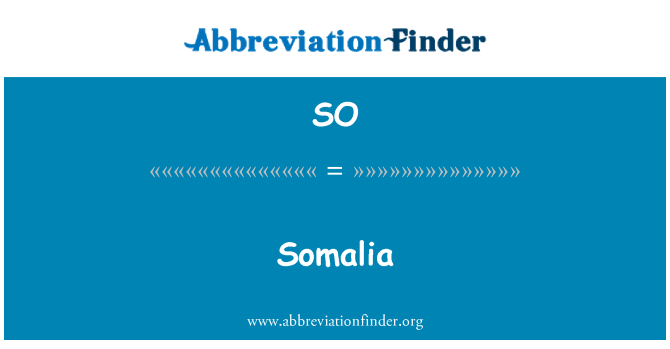 Somalia has Africa’s longest coastline. Large parts of the country are covered by dry plains. The climate is warm with irregular rainfall and long periods of drought. The more fertile and cultivable areas are located south of the country.

Deforestation and overgrazing are serious environmental problems, making the life situation difficult for the country’s many agricultural workers. Somalia is exposed to extreme weather such as floods, extreme drought and tropical storms. Lack of clean water is a major health problem. In 2010-2012, Somalia was hit by the most severe drought in 60 years and the famine killed nearly 260,000 people.

For over 2,500 years Somalia has been populated by Somalis. Since the 9th century, when the capital Mogadishu was established, the country has been Muslim. The Somali population has been, and still is, today divided into six main clans: Darod, Dir, Digili, Ishak, Hawiya and Rahanwin. These are again divided into hundreds of small clans.

During the colonial period, Somalia was under British, French and Italian rule. Somalia became independent in 1960, and has since been in a number of wars and conflicts. Shortly after independence, Commander Muhammad Siad Barre took power in a military coup supported by the Soviet Union. Throughout the Cold War, Somalia was an important part of the strategic game between the United States and the Soviet Union.

In 1991, dictator Barre was overthrown and civil war broke out between various clans in the country. At the same time, the northwest region of Somaliland declared its independence. In 1998, the northeastern region of Puntland followed suit and temporarily declared independence.

Although Somalia is formally a republic, lack of democracy and lawlessness has characterized the country since the dictator Siad Barre was overthrown in 1991. Several transitional governments have been weak and have only control over a small part of the country. The population has long depended on the clan system’s rules and Islamic legal systems. Somalia today appears more like a clan empire than a functioning unified Somali state.

Due to the ongoing civil war, clan conflict, and recurring natural disasters, Somalia’s central power has collapsed. The inhabitants’ living situation is therefore extremely difficult and the future looks dark. Over 1.1 million Somalis have fled inland, and more than 1 million have fled the country. Due to the lawlessness in the country, the al-Shabaab terror group has also gained a foothold. Al-Shabaab has in recent years committed acts of terrorism in Kenya and Uganda in revenge for the African Union’s presence in Somalia.

Somali economy is largely characterized by the political situation in the country and the lack of infrastructure. Animal husbandry provides work for the majority of the population, and the lack of good pasture has made the farmers largely live a nomadic lifestyle. Export revenues mainly come from cattle farming, fishing and other types of meat to neighboring countries. Although exports have gone up, Somalia has a large trade deficit (they import more than they export). Therefore, the Somali economy depends on transfers from Somalis abroad who annually transfer approx. $ 12 billion for relatives in their home country.

Despite the lack of a functioning central power, private initiatives have developed and improved communication and infrastructure in the country. Nevertheless, the many internal conflicts between the clans and the ongoing corruption prevent a real improvement in the economic situation and also access to development aid.