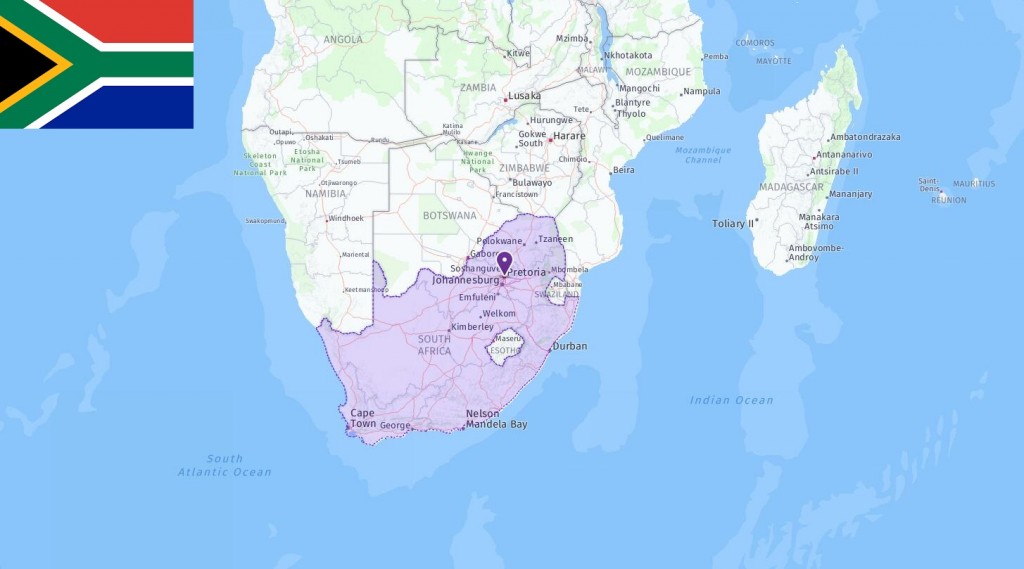 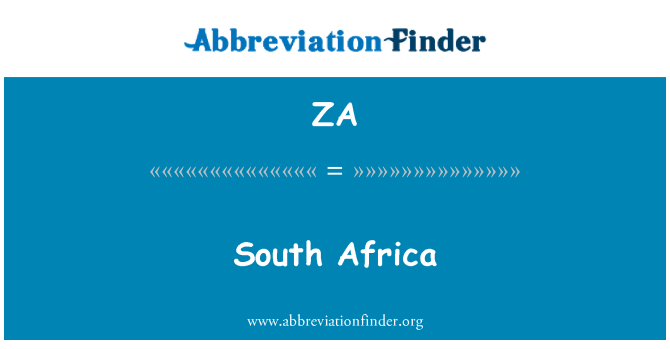 South Africa borders the Indian Ocean in the east and the Atlantic Ocean in the west. Much of the country is a gigantic inland plateau, high above the sea. The Drakensberg mountain range extends from northeast to southeast. Along the nearly 300-mile coast, there are narrow strips of fertile land. The country of Lesotho lies to the east and is completely enclosed by South Africa.

South Africa has a large diversity of species. The country has more than 20 national parks and reserves. These protect the rich wildlife from hunters and human influences.

The country’s east coast has a subtropical and humid climate, but most of the country is drier and temperate, with no major temperature differences. Temperatures in the country vary depending on the latitude and altitude of the sea. The most precipitation falls in the country during the summer months, from November to April. This does not apply along the west coast, where it rains most in winter. Pollution in the form of acid rainfall leads to degradation and depletion of arable land. There is also water shortage in South Africa. The problem was very critical for Cape Town in 2017 – 2018, but effective measures to save water and rainfall improved the situation.

The indigenous peoples khoikhoi and san have lived in South Africa for thousands of years, but today there are few left. Bantu-speaking people came to the country about 1,800 years ago and are the ancestors of about 75 percent of the population.

When Portuguese ships arrived in South Africa in 1488, Europeans became interested in the country. In 1652, the Dutch established the Cape Colony and started the European colonization. The colonization caused almost all of the country’s original inhabitants to be killed or made slaves. Britain occupied the Cape Colony in 1795. The conflict between the British and the Boers, the descendants of the Dutch, triggered two wars before the British and the Boers came into union in 1910. The constitution of the union suppressed the civil and political rights of blacks.

The National Party won the election in 1948 and introduced apartheid. These were laws that suppressed and excluded Africans and colored them from having political, social and economic rights. Apartheid faced massive criticism internationally and from the South African liberation movement. In 1990, opposition politician Nelson Mandela was released, after 27 years in prison. In 1994, the racial separation system was formally abolished. In the same year, the first democratic elections were held. The African National Congress (ANC) party won the election and Mandela was elected president.

South Africa is a parliamentary republic where the president is the head of state and head of government. The country has nine provinces with its own parliaments, but the central state and the president have great power. The Liberation Movement and the African National Congress (ANC) have been in power since the abolition of apartheid in 1994. Corruption has been a major problem in recent years, and in 2018, then-President Jacob Zuma resigned following corruption charges. The ANC won the elections in 2019, but received lower support than before.

There is a great deal of freedom of the press and organization in the country, and the Constitution guarantees human rights and equality for the law. Even though the apartheid era is over, there are still major social and economic differences between different ethnic groups. Whites, on average, have much higher income and wealth than dark-skinned. There is widespread crime, especially in poor areas.

South Africa’s adult population has the highest incidence of HIV/AIDS in the world, and many lack access to medical treatment. The Treatment Action Campaign (TAC) is one of the key players in the fight against the disease and has changed the country’s policy in this area.

Since 1996, the ANC has pursued a neoliberal economic policy aimed at economic growth and increased employment. Today, South Africa is a middle-income country and one of Africa’s largest economies. An increasing proportion of the previously oppressed population has become part of the middle class, and new groups have been given the opportunity to take an education and get a job. Economic growth has resulted in increased investments in public services and infrastructure, but growth has slowed in recent years. The country’s wealth is still unevenly distributed and unemployment is high. The very poor often do not get the help they need.

The United Nations Association is offering a game in the 2019-20 school year in which students will try to resolve a conflict that is under consideration in the Security Council (Iran and the nuclear issue). South Africa is currently a member of the Security Council, and the sections that follow are information and tips related to this game.

After South Africa became a democracy in 1994, the country developed ever closer ties to the United States and the West. But South Africa also maintained close ties to countries such as Iran, Cuba and Libya, all of which supported the ANC in the long fight against apartheid. In recent years, South Africa has improved its relationship with China. The country is also a member of BRICS – the informal association of large, emerging economies. Russia and China are also members here.

From nuclear weapons states to fighters for disarmament

As late as 1989, South Africa had six nuclear bombs, developed by the white minority that ruled the country. South Africa already showed interest in mining and business related to uranium and nuclear energy in the 1940s, and the country purchased its first nuclear reactor from the United States in 1957. A secret nuclear weapons program was started in 1973, and this was developed in partial cooperation with Israel. The cooperation included motivated by the fact that South Africa at that time felt surrounded by enemies in the same way as Israel, and as a result of Israel’s willingness to exchange knowledge of advanced nuclear technology in exchange for the possibility of conducting nuclear tests. It is believed that South Africa built its first completed nuclear bomb in 1982.

When South Africa underwent the transition to democracy in the 1990s, the country got rid of both the nuclear weapons, the production sites and the archives that contained the knowledge of how the weapons were made. To this day, South Africa is the only state that has voluntarily gone from being a real nuclear weapons state to becoming a global champion of nuclear disarmament. South Africa joined the United Nations Prohibition on Nuclear Weapons in February 2019, becoming the 22nd country to ratify the agreement.

South Africa plays a key role in the efforts to bring about a more binding disarmament among other nuclear weapons states. The country is an important supporter of a network called the New Agenda Coalition (“The Coalition for a New Agenda”). Their goal is for the states that are members of the Non-Proliferation Treaty to implement their commitment to active disarmament set out in the agreement. According to South Africa, the humanitarian consequences of nuclear weapons use make these weapons both illegal and immoral instruments in war and deterrence.

Regarding the ongoing conflict over Iran’s nuclear program, South Africa supports the nuclear agreement signed with the country in 2015. South Africa is concerned about the possibility of US-Iran armed conflict in the Gulf of Persia, and believes such a war would be both dangerous and to great harm to international trade and oil transport.

South Africa is in favor of holding its own conference soon to create the nuclear-free zone in the Middle East, but has some understanding that Israel opposes this as long as neighboring states do not end peace with the country. For South Africa, it was precisely a greater sense of national security vis-à-vis the outside world that enabled the country to dispose of nuclear weapons in the 1990s. The country then joined the regional nuclear-free zone that was being set up for Africa.