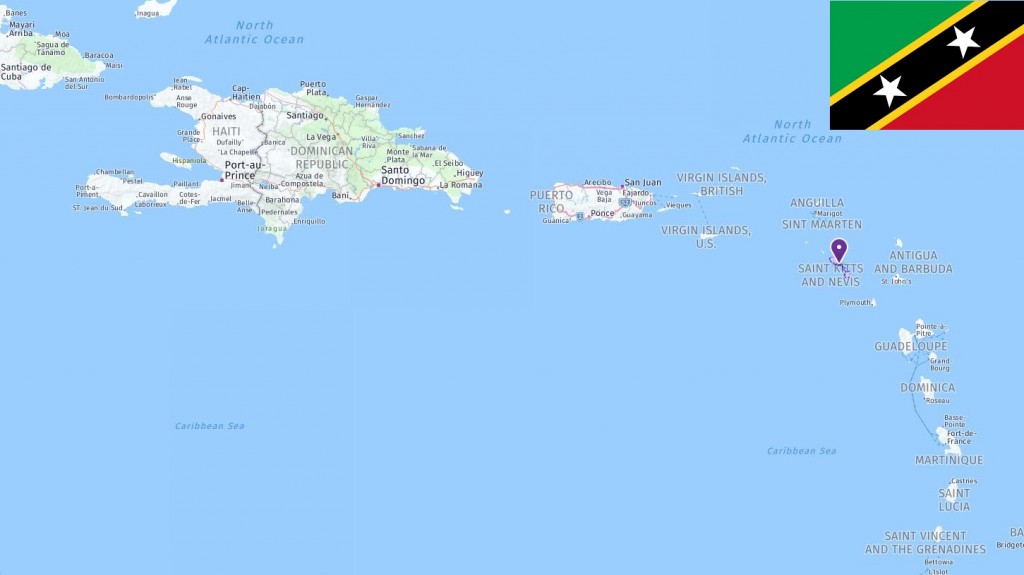 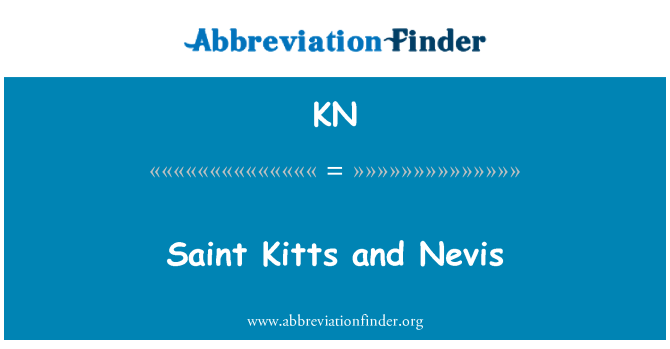 The country consists of the islands of Saint Kitts (also known as Saint Christopher) and Nevis in the archipelago “the Little Antilles”. Both islands are of volcanic origin. Nature is characterized by mountains covered by tropical rainforest. Mount Liamuiga on Saint Kitts is the country’s highest mountain at 1156 m. Down from the mountains several streams flow through fertile valleys. Saint Kitts has sandy beaches along the north and west coasts, while the south coast consists of swamps and mangrove forests. Nevis is surrounded by coral reefs and has white sandy beaches all along the coast. Over 80 percent of the population lives on Saint Kitts. Most live in the flatter coastal areas, while the mountains are almost uninhabited. The climate is tropical hot and humid all year round. The driest months are from January to April, while the wettest period is from May to December.

In terms of weather, Saint Kitts and Nevis are very exposed to major tropical hurricanes in the period August to October. The greatest environmental challenges are related to deforestation of large areas and harvesting of the original rainforest. Deforestation has led to soil erosion and poorer soil quality. Leaching of the eroded earth has also endangered the coral along the coast.

Saint Kitts and Nevis have been inhabited for over 5,000 years. Around 1000 BCE peaceful peoples with agricultural knowledge came to the islands, but around the 1300s the peaceful farming communities were driven away by warring Kalinago people. In 1493 Columbus came to the islands as the first European. The first European settlers were French Huguenot refugees (religious refugees). Beyond the 17th century, a battle ensued between France, Spain and England over control of the islands. The islands were mainly used for sugar plantations, where African slaves were brought in as labor. The conflicts over who controlled the islands continued until 1713, when Saint Kitts became a British colony. During the conflict between the European powers, most indigenous peoples were killed.

The islands were controlled by Britain until 1967. Since then, Saint Kitts and Nevis, including the neighboring island of Anguilla, became a free associate state under the British throne. The islands had a lot of internal self-government, but foreign policy and defense were governed by Britain. In 1980 Anguilla was directly subject to British control. After a lengthy negotiation process, Saint Kitts and Nevis became fully independent in 1983. After independence, the island of Nevis has repeatedly tried to break loose to become an independent country.

Saint Kitts and Nevis are a parliamentary democratic federal state. The country is part of the Commonwealth of Nations and has retained the British monarch as the head of state. The executive power lies with the government led by the prime minister. The Prime Minister and the Government are based on the National Assembly, which consists of 11 elected representatives, as well as the representative of the British monarch in the country.

The country’s politics are characterized by widespread drug smuggling and drug-related violence in the country. The islands are centrally located in a drug trafficking route from South to North America. The country has one of the world’s highest number of homicides per capita. Saint Kitts and Nevis have also received a lot of international criticism for foreigners buying nationality in exchange for investment. Countries like the US and Canada believe this makes the island state a refuge for criminals on the run.

Compared to other countries in the region, the population has a relatively good standard of living. The health sector is well developed, and there is good access to emergency care and hospitals. Almost everyone has access to clean fresh water. However, the welfare system has several shortcomings. Benefits such as pensions, child support and health insurance are only available to those who are officially employed by a company.

Saint Kitts and Nevis is a debt-burdened nation and relies on international assistance. The service sector (especially tourism) is the most important industry, accounting for more than 70 per cent of the gross domestic product. Industry accounts for almost 25 percent of the gross domestic product. Here are sugar products such as raw sugar, ethanol and rum big. Manufacturing of electronics, cotton, machinery and shoes are also important industries. The country has a large trade deficit (they import more than they export). Saint Kitts and Nevis join the CARICOM (Caribbean Community and Common Market) regional partnership. The goal of the organization is to create a common economic market in the Caribbean, and that the region should receive equal tariffs, free flow of capital and labor.

The population is characterized by great differences between poor and rich. Those living in the countryside mainly feed on agriculture for their own consumption. This means that they are not covered by the public welfare system. Among this part of the population, the level of education is also lower. The lack of job opportunities and access to rural welfare has led to increased urbanization in and around the cities, and a large emigration abroad.