St. Vincent and The Grenadines Abbreviations 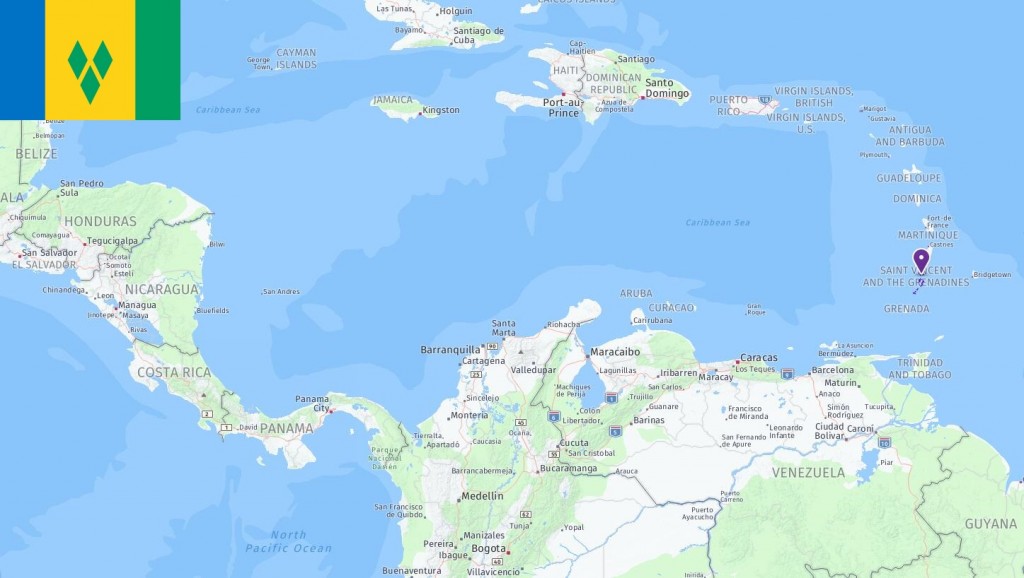 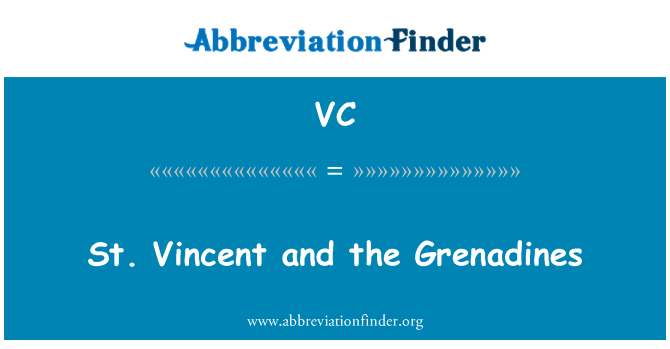 Saint Vincent and the Grenadines consists of the main island of Saint Vincent, as well as 30 smaller islands in the archipelago of Grenadines. The islands consist of volcanic rocks, and the volcano Soufrière on Saint Vincent is the country’s highest peak at 1234 m. The islands’ landscape is characterized by mountains and hilly terrain covered by tropical rainforest. Down from the mountains many rivers and streams flow. The coast of Saint Vincent is flatter than the inland, and has many black volcanic sand beaches. The remaining islands of the Grenadines have white sandy beaches protected by coral reefs off the coast. The climate is tropical hot and humid all year round. The driest months are from January to May, while it is rainy from June to September.

Saint Vincent and the Grenadines are regularly exposed to major devastating hurricanes from June to November. The country is also exposed to major volcanic eruptions from Soufrière on Saint Vincent. The last major outbreaks occurred in 1812, 1902 and 1979 and led to many deaths and major destruction. The country’s biggest environmental challenges are related to pollution of the coastal areas. The pollution originates mainly from waste and sewage from large luxury boats. Some areas have become so polluted that bathing is not recommended.

The local population and the garifuna made great opposition to the European attempts to colonize the islands. Britain and France fought a number of wars, and control of the islands shifted between the European powers a number of times. In 1787, the British managed to occupy Saint Vincent, and after an unsuccessful revolt against the colonial power, the majority of the local population was deported. The locals were mainly replaced by African slaves, and after the slavery was banned, British workers were brought in from India. A large part of the island’s population perished in a violent eruption in 1902. Between 1958 and 1962 the islands were a member of the West Indies Federation. The federation had partial internal autonomy, but was still controlled by the United Kingdom. In 1979, Saint Vincent and the Grenadines became completely independent.

Saint Vincent and the Grenadines is a parliamentary democracy. The country is part of the Commonwealth of Nations and has retained the British monarch as the head of state. The executive power lies with the government led by the prime minister. The prime minister and the government are based on the assembly house. The Assembly House consists of 15 elected representatives, as well as seven senators appointed by the British monarch’s representative in the country.

The policy is characterized by major social problems and the increasing drug traffic throughout the Caribbean. The region has become a transit route for drugs from South to North America. The country has seen a sharp increase in crime as a result of the smuggling activities. The island state has managed to balance good international relations with ideologically conflicting countries. Among other things, the country has a close cooperation with Cuba and Venezuela while also having good relations with the US and Taiwan.

Saint Vincent and the Grenadines have a poorly developed welfare system. Mainly welfare benefits such as pensions, health insurance and child support cover only those who are officially employed in a company. Violence against women and children is a major problem. The country also has strict laws against sexual minorities, and homosexuality can be punished with five years in prison.

Saint Vincent and the Grenadines is one of the poorest countries in the eastern Caribbean. In 1979, the islands were hit by a major eruption that destroyed half of the banana plantations. The following year, Hurricane Allan caused new devastation. These natural disasters, together with an unstable export market, have led to long-term financial difficulties and high unemployment. Unemployment has been around 20 per cent over a long time. In recent years, the service industry and tourism have become the country’s most important source of income, and today account for almost 75 per cent of the gross domestic product. The country is struggling with great differences between poor and rich. Many of the poorest citizens work in agriculture for their own consumption and are therefore not covered by the welfare benefits. Organized agriculture accounts for only about seven percent of the country’sgross domestic product.

Saint Vincent and the Grenadines join the CARICOM (Caribbean Community and Common Market) regional partnership. The goal of the organization is to create a common economic market in the Caribbean, and that the region should receive equal tariffs, free flow of capital and labor.